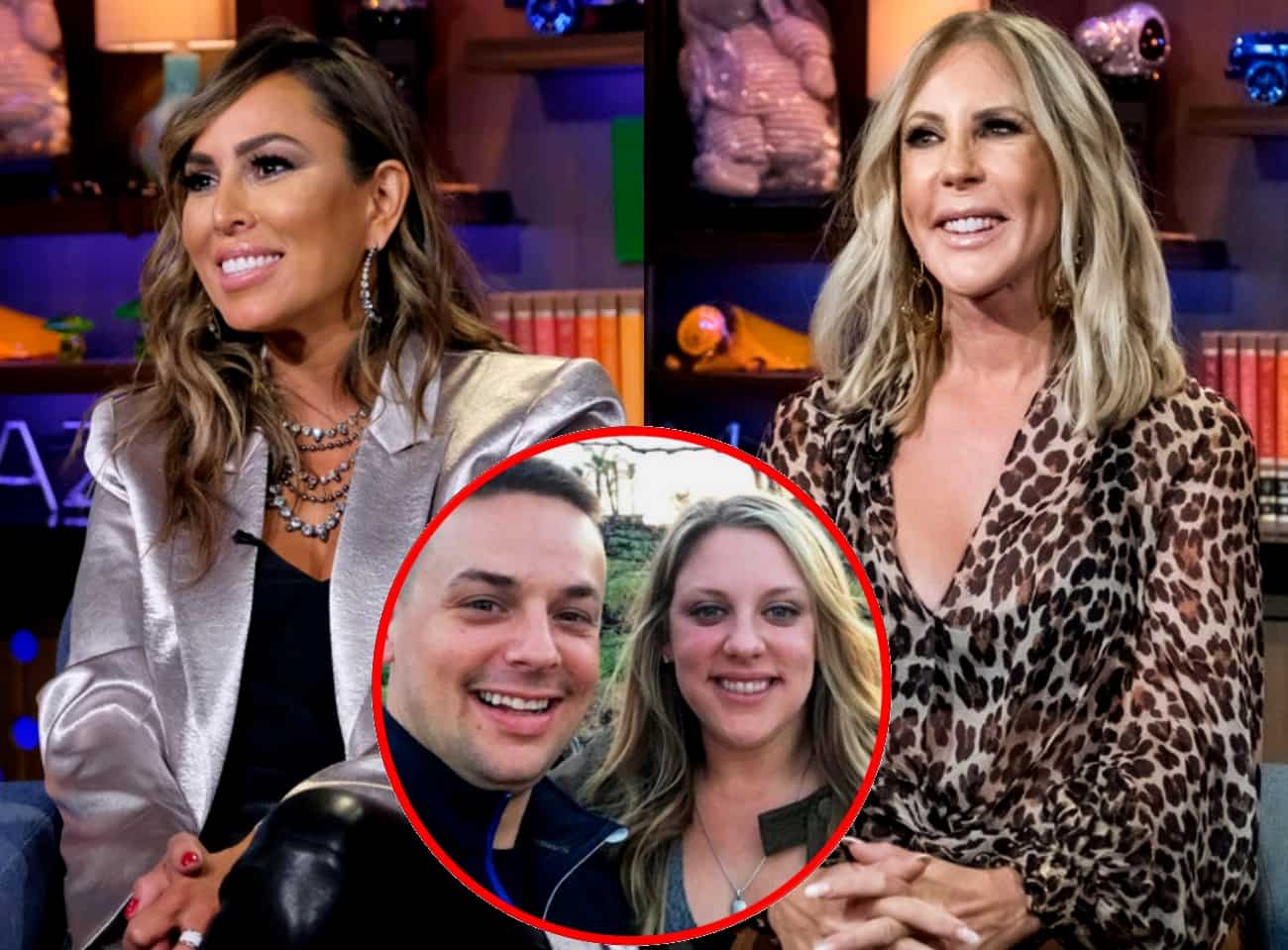 Kelly is never one to hold back on what she thinks, especially when it comes to Vicki. And true to form, the Orange County housewife is using her platform on Instagram to poke fun at her arch-nemesis. Just after the newest episode aired on Tuesday night, Kelly posted a racy boomerang video on her Instagram taken from a preview clip for next week’s episode.

“When Grandmas on TV like …” the Bravo star wrote alongside the video of Vicki making a crass gesture during what appears to be a future vacation on the show.

Not surprisingly, the post was met with hundreds of comments from fans of the show. It was surprising, however, to find Ryan Culberson, Vicki’s son-in-law, amongst the long list of commenters.

“Don’t worry I’ll never let them watch it! 😂” Ryan wrote in the comments, seemingly referring to his two young sons that he shares with Vicki’s daughter, Briana Culberson. 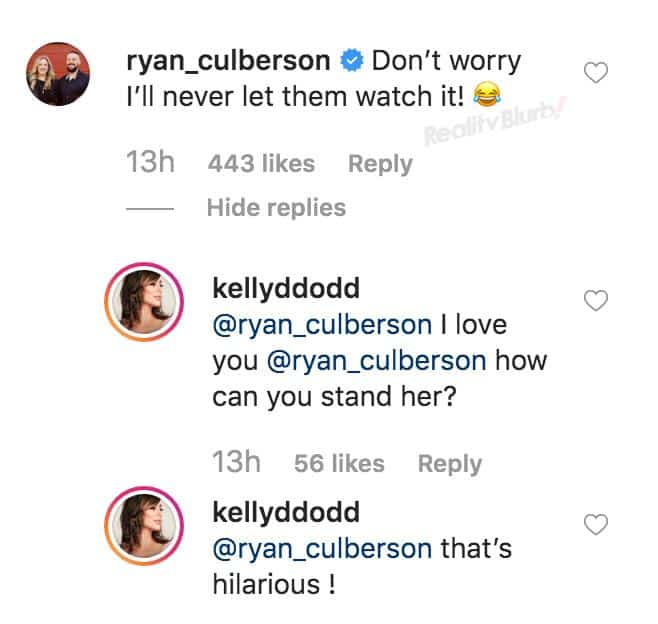 Ryan’s comment quickly resulted in a flurry of tags and rebuttals by fans. One follower asked how Ryan could be friends with Kelly when she spoke so badly about his mother-in-law. As fans already know, Vicki started rumors alleging that Kelly did cocaine, was involved in a “train,” and most recently, was banned from stepping foot on her daughter’s school, causing Kelly to completely write off her former friend.

Kelly took the liberty of responding to the fan’s comment, saying, “@heatherweathers21 yeah I’m friends with @ryan_culberson he’s a marine .. thank him for his service… #goodguy” 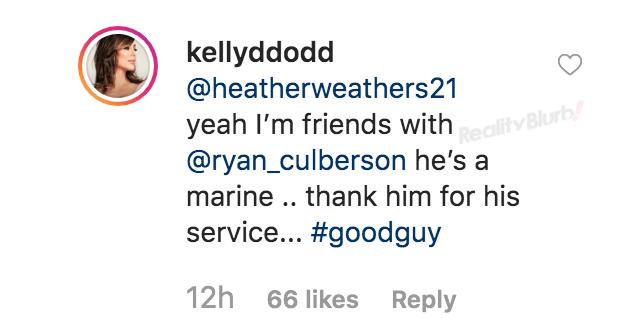 But Kelly didn’t stop there. After Vicki claimed she didn’t know anything about her boyfriend Steve Lodge‘s plans to propose to her or if he had a ring or not, as was aired on Tuesday night’s episode, Kelly decided to make a stunning claim about Vicki’s engagement.

“You know where the ring is of course .. Cuz you bought the ring .. #rhoc” the Bravo star wrote on Twitter Tuesday evening.

You know where the ring is of course .. Cuz you bought the ring .. #rhoc

Vicki has yet to respond to any of Kelly’s posts. But based on past events, it probably won’t be long before she does.

Watch new episodes of Real Housewives of Orange County every Tuesday at 9 p.m. on Bravo TV.