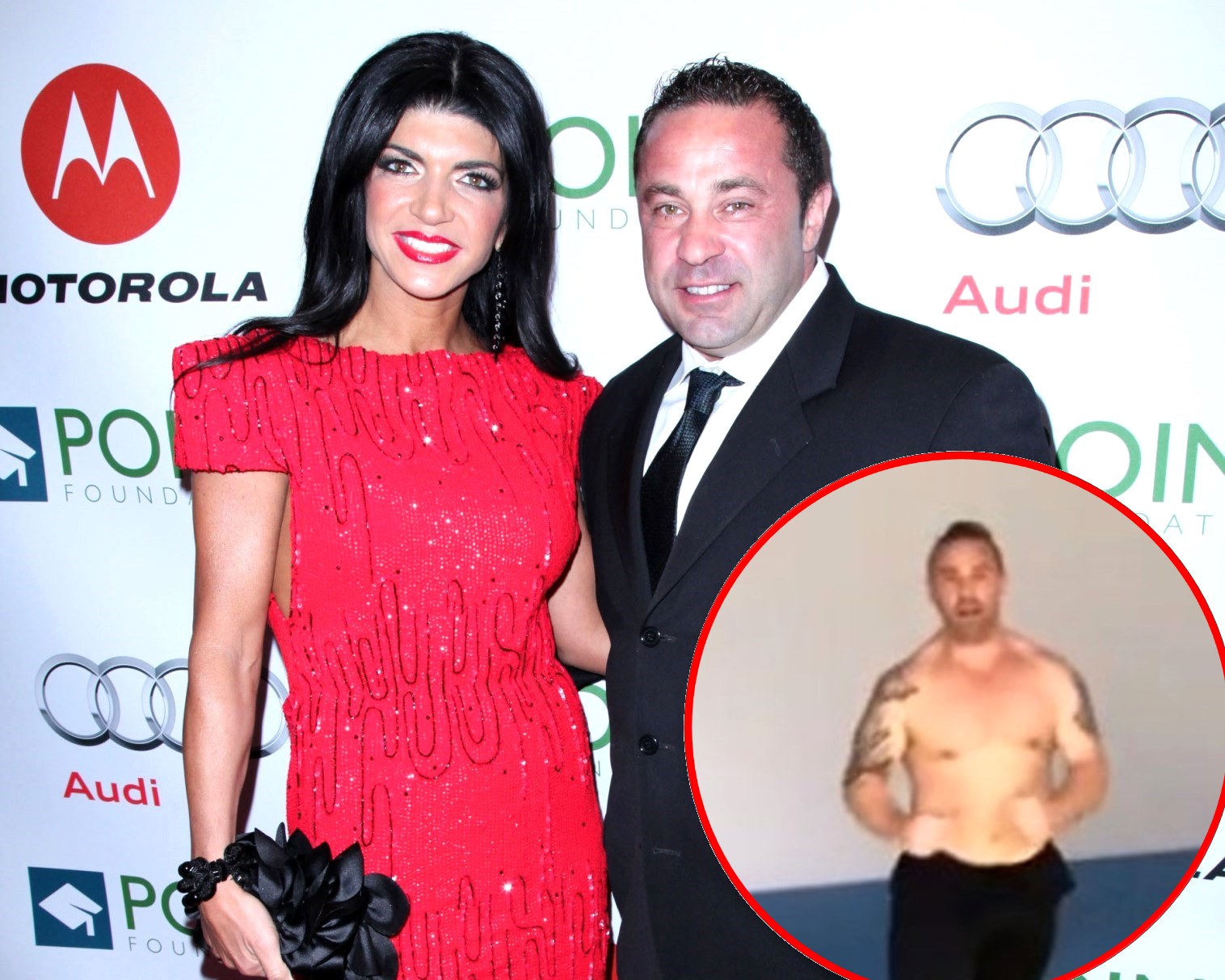 Teresa Giudice is denying she cheated on husband Joe Giudice.

Following the release of a new trailer for the upcoming 10th season of The Real Housewives of New Jersey, which featured Teresa chatting about someone she “hooked up” with, her attorney, James J. Leonard Jr., is setting the record straight as her husband, Joe Giudice, focuses on his fitness in Italy.

“The clip in the newer supertease is Teresa, her brother and a lifelong friend named Tony talking about Teresa and Tony kissing when they were in high school more than 25 years ago,” the attorney explained to Us Weekly in a statement on October 16.

In the clip shared on Wednesday, Teresa was seen showing her co-stars a photo of a shirtless man on her phone as she explained that he was “the one I hooked up with.” Then, in another scene, Tony was seen telling Joe Gorga that they “might have kissed.”

According to a source, Teresa is “very hurt” by Bravo TV’s editing of the trailer, especially because the release of the suspicious clips came “at a time when she is trying to keep her family together and work on her marriage.”

As fans saw at the end of last month, Margaret Josephs was seen accusing Teresa of “cocktailing it up with some young guy” in the initial trailer. However, after Teresa was photographed holding hands with realtor Blake Schreck, who is 20 years her junior, in February, her attorney insisted they were only friends.

Amid the on-screen drama, Teresa, who shares four daughters, including Gia, 18, Gabriella, 15, Milania, 14, and Audriana, 10, with her husband, is planning a trip to Italy.

“She’ll be taking all her girls,” a source said. “Teresa and all the girls will be visiting sooner rather than later. It’s fast approaching.”

Joe left the United States last week after being released from ICE custody and is still waiting on an official decision in regard to his latest deportation appeal.

Since Joe arrived in Italy, his oldest daughter, Gia, has been sharing tons of posts about her father on Instagram. In her most recent post, Joe is seen showing off a series of punches, high-kicks, and other MMA moves while training with his brother, Pete Giudice.

“We come back stronger than before. The fights just starting. Zio Pete your a great coach,” Gia captioned the October 16 post.

According to a report, Teresa and her family are “relieved” that Joe is no longer in ICE custody.

“Joe is finally free and they know what’s happening. She and the family know the chances of him returning to the states is very slim, but Teresa knows the girls can now go visit him anywhere in the world except here,” a source close to the family told Hollywood Life. “The girls were all together celebrating with their mom when Joe was officially freed and really can’t wait to see their dad.”

The Real Housewives of New Jersey season 10 premieres on Bravo TV on Wednesday, November 6 at 8 p.m.