Home Real Housewives of Orange County News RHOC’s Gina Kirschenheiter Shades Tamra and Braunwyn’s Kissing Antics, Does She Believe Tamra’s Drinking Was to Blame? Plus She Calls Braunwyn an ‘A** Kisser’

RHOC’s Gina Kirschenheiter Shades Tamra and Braunwyn’s Kissing Antics, Does She Believe Tamra’s Drinking Was to Blame? Plus She Calls Braunwyn an ‘A** Kisser’ 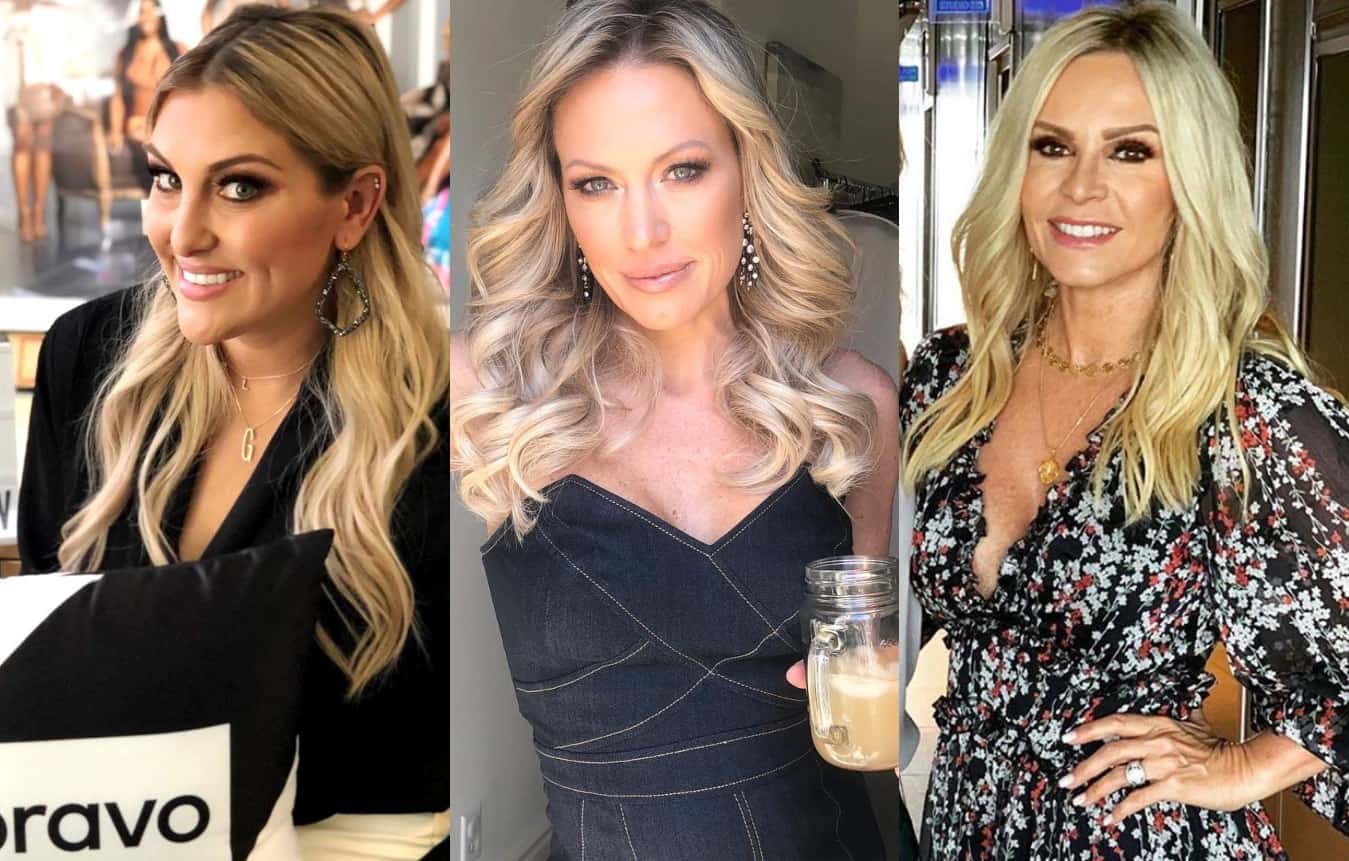 After watching the two women engage in a steamy kiss as Shannon Beador celebrated her 55th birthday during last week’s episode of The Real Housewives of Orange County, Gina confirmed that when it comes to her co-stars’ making out antics, she wants no part of their encounters.

According to Gina, she was a bit embarrassed for her co-stars when their hookup was happening, but she believes that things between them would have never gone so far if Tamra hadn’t drunk as much as she did.

“You could see my face when it was going down,” Gina said. “The thing is Tamra’s not really a big drinker. When she does drink she just gets completely sh*t. So it’s a problem for her with, in that aspect of it.”

Gina also spoke of Tamra and Braunwyn’s kiss during a RHOC: After Show taping last week.

“I can never really tell if Braunwyn‘s trying to kiss her face or kiss her a** more,” Gina joked. “It’s a little confusing for me.”

During the same After Show, Emily Simpson said Braunwyn seems to be doing whatever she can to make the other women like her.

“So if that means making out with Tamra, then that’s what she’s gonna do,” Emily added.