Home Real Housewives of New Jersey News RHONJ’s Jacqueline Laurita Reveals Who Reported Teresa and Joe Giudice to the Feds, Slams Teresa for Refusing to Take Accountability and Suggests She is ‘Not in Love’ With Joe

RHONJ’s Jacqueline Laurita Reveals Who Reported Teresa and Joe Giudice to the Feds, Slams Teresa for Refusing to Take Accountability and Suggests She is ‘Not in Love’ With Joe 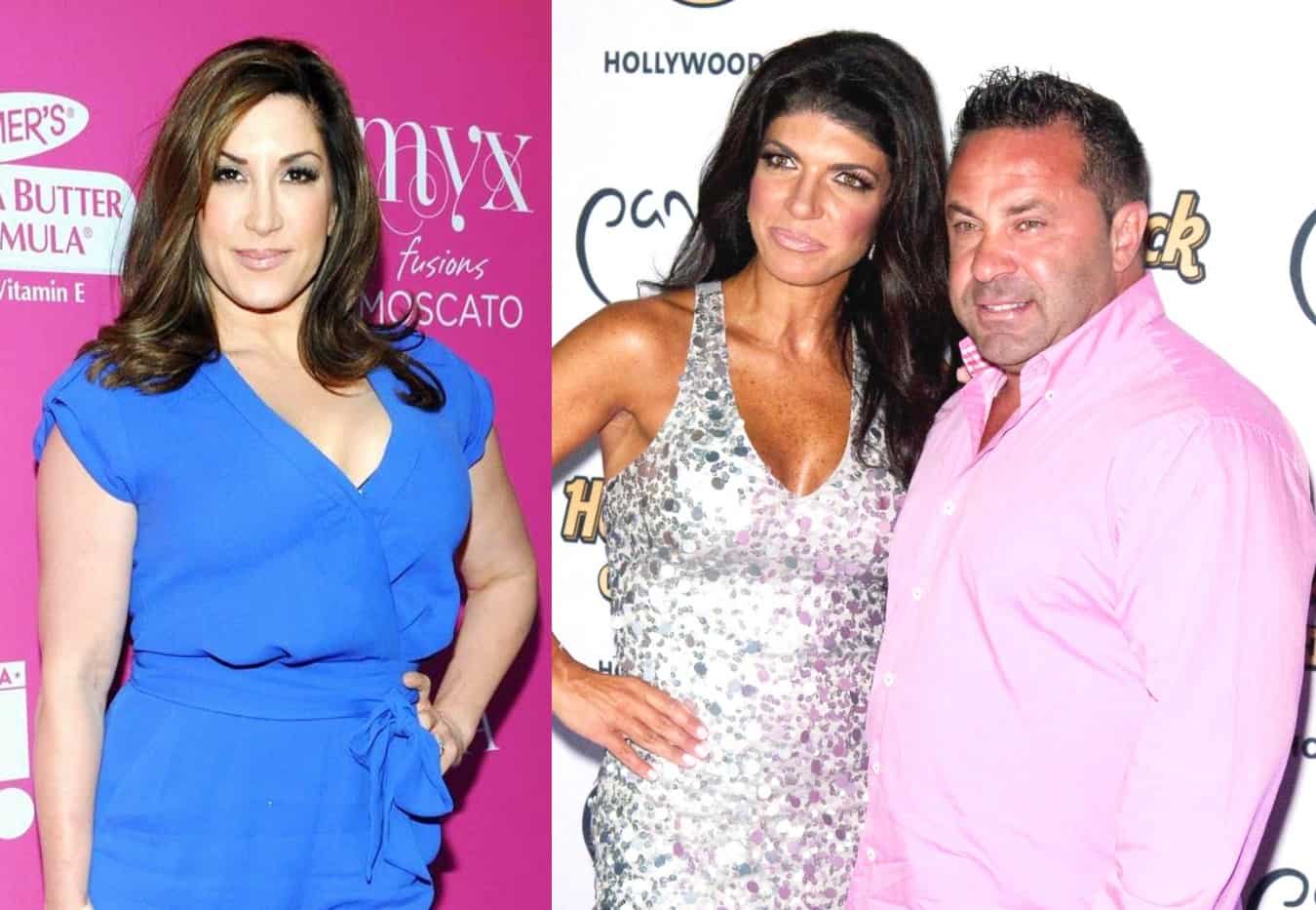 Jacqueline Laurita responded to Teresa Giudice‘s Bravo TV special, Joe and Teresa: Unlocked, during a recent episode of her podcast series, The Lookover Ladies, titled “The Ladies Unleash on the Teresa and Joe Giudice Scandal.”

While chatting with her co-hosts, Jill Ashley and Melissa Polo, the former Real Housewives of New Jersey star slammed Teresa for suggesting Caroline Manzo turned her and her husband, Joe Giudice, into the feds before revealing who actually did, calling out Teresa for failing to take accountability for her behavior, and commenting on her marriage.

According to Jacqueline, Teresa first blamed her and is now blaming Caroline, even though Caroline was always a good friend to her.

“I don’t know what Teresa’s hatred towards Caroline is,” Jacqueline admitted in an interview with Champion Daily. “I think she doesn’t like Caroline because Caroline is a lot smarter than her and she can use her words wisely… She was pissed that Caroline was right. Not that she’s a psychic, but Caroline knows her character.”

During Joe and Teresa: Unlocked, Teresa wondered how Caroline was able to correctly predict the legal drama she and Joe faced years before they were actually dealt with time behind bars, and his deportation. However, as Jacqueline explained, Teresa and Joe’s issues were “easy to predict” because the couple was constantly flaunting their wealth on RHONJ before filing and withdrawing a bankruptcy filing.

“[Teresa] was on national TV flashing cash like crazy. Everyone saw it,” Jacqueline recalled.

Although fans have been wondering who called the feds on Teresa and Joe for years, Jacqueline said that people must not have been paying attention to her husband, Chris Laurita, who shared that information years ago as the couple was being investigated for fraud.

“This was already an ongoing investigation from way back. So then what added to it was Joe’s business partner who he screwed over went to a mutual friend of ours and said that he was gonna go to the feds if Joe didn’t pay him the money,” Jacqueline shared.

According to Jacqueline, the mutual friend enlisted Chris to set up an agreement between Joe and his former business partner in which the partner would get back the money he was owed. However, after Joe reportedly said that his ex-partner “can go f**k himself” and refused to pay him back, his former partner “went to the feds.”

As for Jacqueline’s thoughts on the status of Teresa and Joe’s marriage, she accused both parties of cheating on each other before suggesting that Teresa is no longer in love with her husband.

“[Teresa] loves him as a person, as the father of her kids. But there’s still resentment towards him. So she wants him to be happy and successful and whatever but at the same time she doesn’t love him enough to be with him,” she suspected.

“She’s not in love with her husband. She’s angry at him [and] she doesn’t really want to be with him,” Jacqueline added.