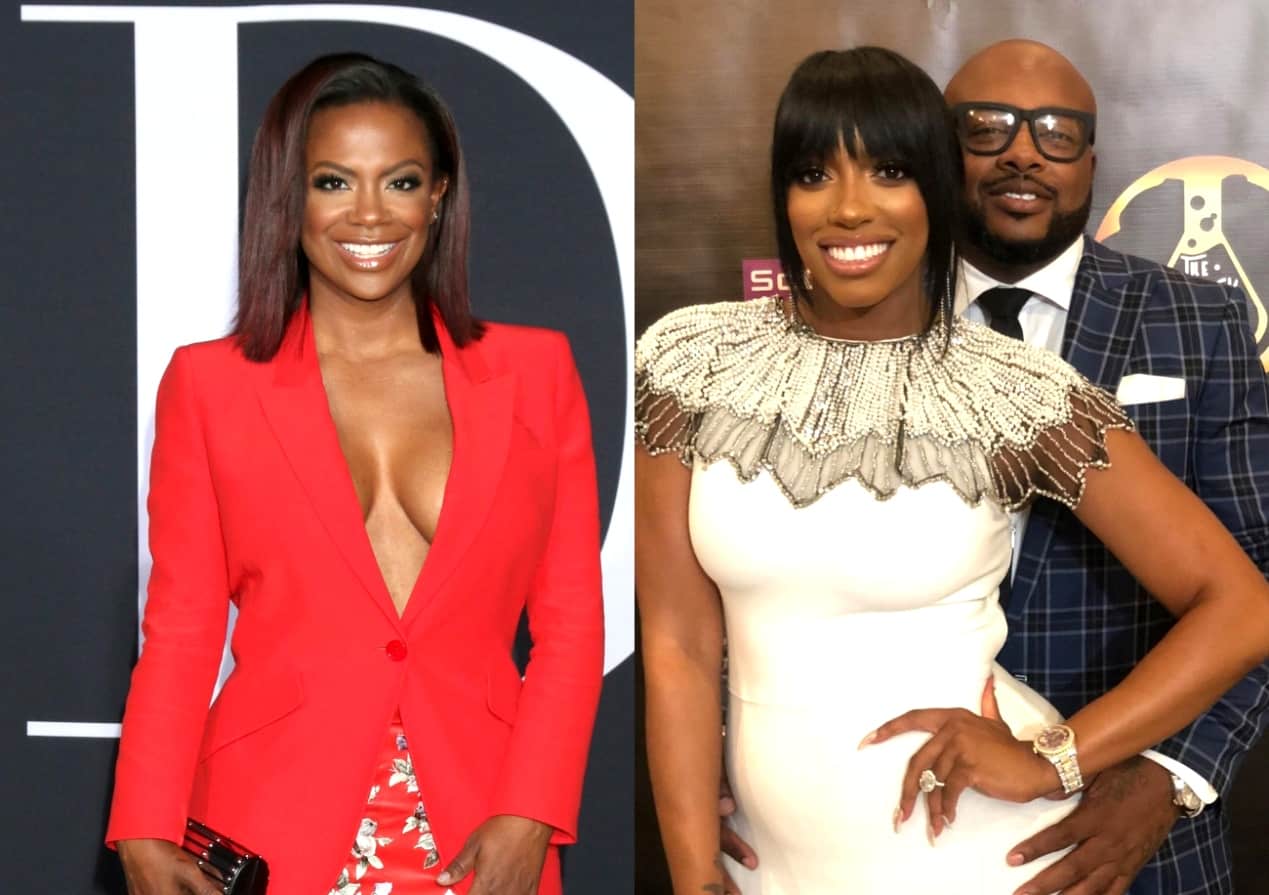 Porsha Williams‘ reunion with her fiancé, Dennis McKinley, came as a big surprise to her Real Housewives of Atlanta co-star, Kandi Burruss.

While Porsha now says that she has “everything I’ve prayed for” in her life with Dennis and their daughter, Pilar Jhena, Kandi didn’t think she and Dennis would ever be able to mend their relationship, which fell apart earlier this year after Dennis allegedly admitted to cheating on Porsha when she was seven-months pregnant.

“It did when it happened, because at first when we started the season, she was so done,” Kandi told the Hollywood Life. “But everybody could figure it out, I guess, especially when they have a beautiful baby,” she continued. As to whether or not she thinks Porsha and Dennis will still continue planning for a wedding like they were pre-split, Kandi says, “I think she’s taking her time. I think she’s still trying to work on them as a couple and we’ll see.”

During last Sunday’s episode of RHOA, viewers learned for the first time that Dennis had reportedly come clean to Porsha about having an affair with another woman just before they welcomed their first child. As fans may recall, Dennis denied claims of infidelity when their breakup was confirmed in June.

Following their June breakup, Dennis moved out of Porsha’s home and took her 13-carat diamond engagement ring with him.

Also during Sunday’s show, Porsha said that she wished she could wake up and have someone tell her that the alleged cheating scandal she and Dennis went through was “a dream.”

“The movie keeps playing in my head. I keep playing all of these moments. We’re, like, creating a real family, and just to think it wasn’t real is really hurtful,” she admitted.

While the scandal was unfortunately not a dream for Porsha, she and Dennis appear to be quite happy in their relationship after reconciling over the summer and on Monday, Porsha shared a series of sweet videos of Dennis and their daughter on her Instagram page.

“Everything I’ve prayed for! My babies are so cute to watch in the morning! [Pilar Jhena] & Daddy #RiseAndShine #TheMckinleys #ReadyForTheDay #DaddysGirl #Family1st,” she wrote in the caption of her clips.

The Real Housewives of Atlanta season 12 airs Sundays at 8 p.m. on Bravo TV. A preview clip of tonight’s episode is below.