Home Real Housewives of Beverly Hills News Kyle Richards Dishes on Recent Run-in With Lisa Vanderpump and if She Wants Lisa to Return to RHOBH, Plus Kyle Raises $100K For Charity During Her Fundraiser

Kyle Richards Dishes on Recent Run-in With Lisa Vanderpump and if She Wants Lisa to Return to RHOBH, Plus Kyle Raises $100K For Charity During Her Fundraiser 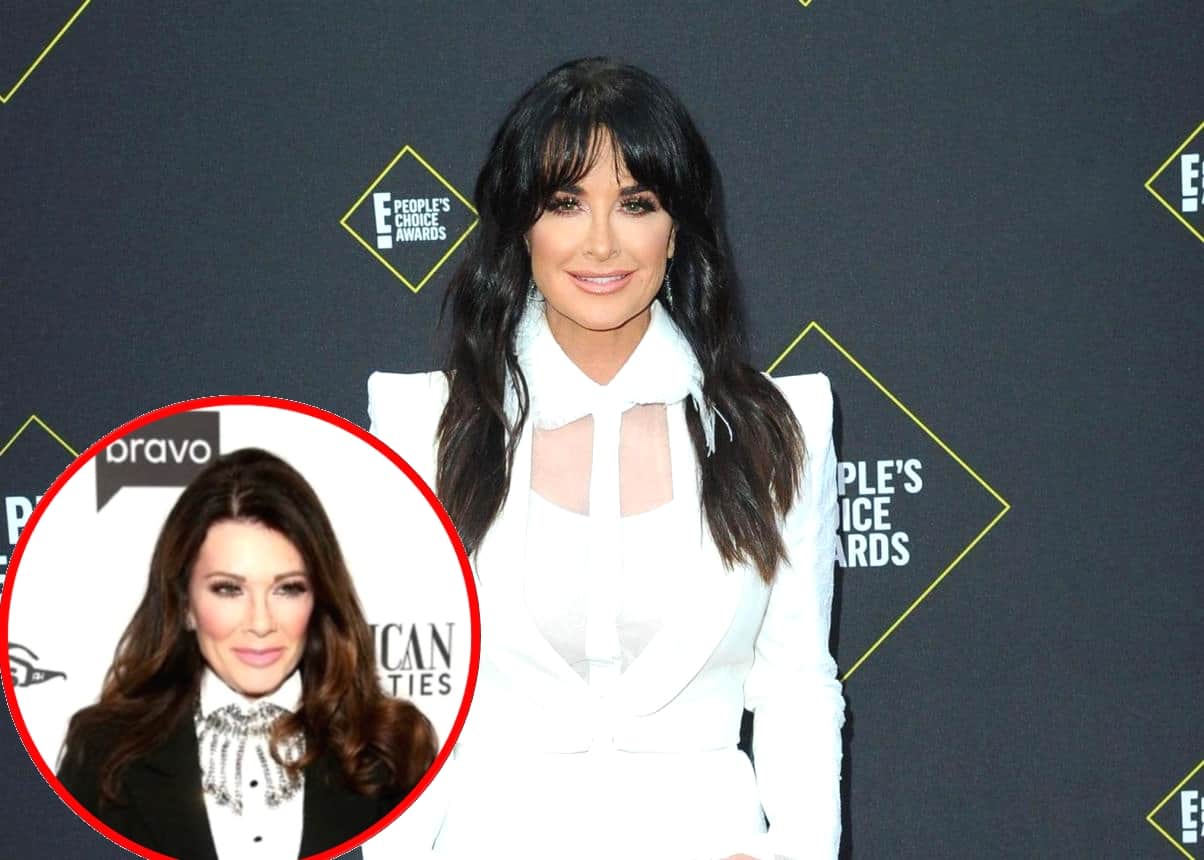 The Real Housewives of Beverly Hills star Kyle Richards is revealing how her former friend and co-star Lisa Vanderpump reacted after a recent run-in at a restaurant last week as Kyle also recently raised $100,000 for a children’s charity with some help from her celebrity friends.

Lisa announced she was quitting the RHOBH in June following a tough season which put her on the outs with most of her castmates following the Puppy Gate feud. This feud also led to the demise of Kyle and Lisa’s friendship, and months later, it appears things are still icy between the women.

During an appearance at a BravoCon panel on November 16, Kyle dished on a recent run-in she encountered with Lisa. Speaking to ET Online, Kyle was asked how she would react if she ran into Lisa, who’s also attending BravoCon.

So how did Lisa react? Well, when asked if things were cordial between them, Kyle responded: “It is on my end.”

Kyle was also asked if she would be open to Lisa, who quit the RHOBH months ago, returning to the Bravo series.

“You know what, I am always nostalgic when people ask [about] the original cast from season one,” she shared. “Of course, I’d love to have any of them back.”

When it comes to the new RHOBH season, Kyle also teased what fans can expect from the cast, shutting down reports that the new season was lackluster due to all the ladies getting along too well.

“We have a lot of stuff going on,” Kyle shared. “Obviously with all these women, two new cast members, like usual, not everyone gets along. Everyone has a different opinion about things, and it’s not just only drama. We also do have fun too. Great trips and exciting stuff going on, so it’s a little mix of everything. Never a dull moment in Beverly Hills.”

In other Kyle news, Reality Blurb can report that she recently raised over $100,000 for the Children’s Hospital Los Angeles during a private fundraiser she threw at her home on November 9.

During the fundraiser, which was hosted by auctioneers Dan and Laura Dotson from the Storage Wars series, Kyle’s friend and famous Kardashian momager, Kris Jenner, donated $25,000.

The event, which was attended by a number of former RHOBH stars, including Camille Grammer, Brandi Glanville, and Adrienne Maloof, was taped for the upcoming season of the RHOBH.