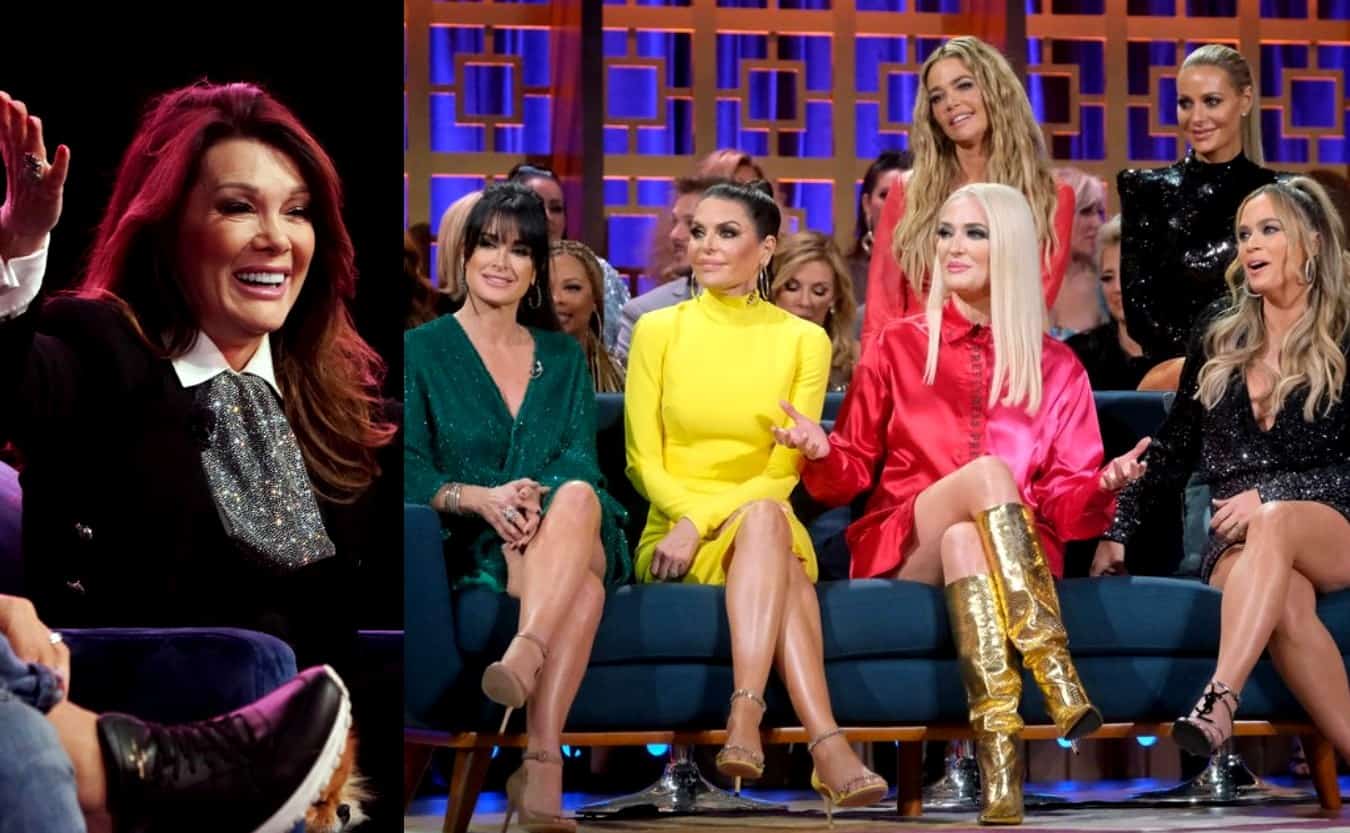 A new report is revealing The Real Housewives of Beverly Hills cast members weren’t in the mood to talk about Lisa Vanderpump during a BravoCon panel event on Sunday, November 17.

As Lisa allegedly avoided Kyle Richards and other cast members of the RHOBH throughout the convention, Dorit Kemsley and Erika Jayne appeared on stage with Teddi Mellencamp, Lisa Rinna, and Denise Richards and took questions from the audience.

According to Us Weekly, the BH ladies attempted to dodge questions about Lisa by remaining mum whenever a fan asked them about her during the sit-down panel. At one point, the moderator Brice Sander of Entertainment Tonight reportedly had to remind the fans in attendance that Lisa “is not on the show anymore.”

However, Dorit attempted to turn things around after a fan asked the cast if they were still in touch with Lisa following her June exit from the show.

“Does she still keep in contact with us? I think is the question,” Dorit replied.

Next, Erika was asked when she last visited one of Lisa V.’s restaurants.

“I’ve never been,” Erika admitted. “I mean we did film that one scene there, but that doesn’t count.”

On Friday, prior to the panel event, Teddi told Us Weekly she wouldn’t avoid Lisa V. if they crossed paths. “It is what it is,” she explained.

Erika echoed similar sentiments. “I’m here to do my job,” she stated.

As for Kyle, who was unable to attend the panel due to a previous commitment, she sounded hopeful about a potential run-in with her former co-star.

“I’ve actually bumped into Lisa a couple times in Beverly Hills. Of course, I would hope to see her here. I’ll say hi, like I would anybody else,” she revealed.

On Saturday, during her own interview with the magazine, Lisa confirmed she had not seen any of members of the RHOBH cast before denying that she was actively trying to avoid them.

When asked if she was hiding from her former co-stars, Lisa said, “No, Bravo probably arranged it so I didn’t have to. But I don’t know. You’d have to ask them.”

On Monday, after Reality Blurb shared a story on Instagram about Lisa denying her supposed attempt to avoid the RHOBH cast, Kyle responded to our post by insisting Lisa made an effort to steer clear of her and her co-stars.

“She even left the stage on [Watch What Happens Live] before we came on. Vanderpump Rules cast stayed,” Kyle explained.

Following Kyle’s first suggestion regarding Lisa’s alleged avoidance, Lisa fired back at her during an interview with PEOPLE by stating that their show panels simply took place at different times.

“Don’t flatter yourself, sweetie!” she added.