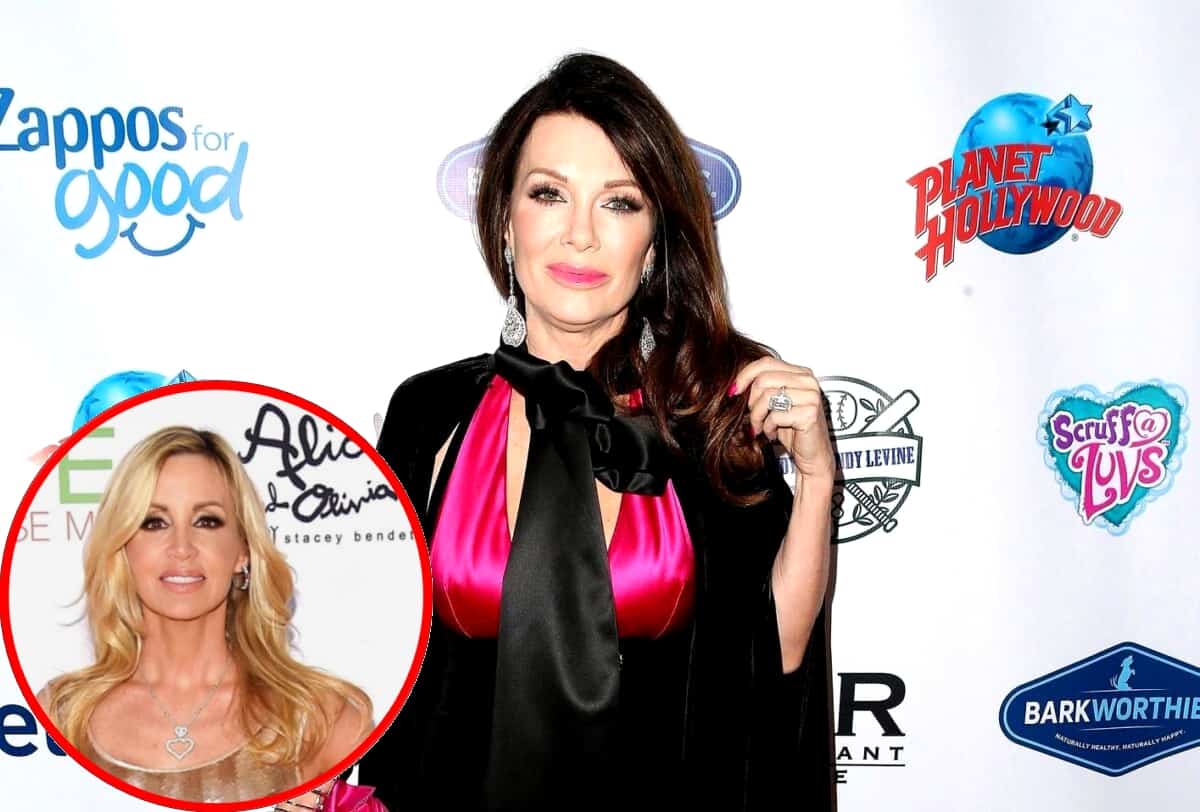 Lisa Vanderpump may be “sad” that her fans won’t be seeing her during the upcoming 10th season of The Real Housewives of Beverly Hills, but is she willing to return to the show at some point?

In a series of new interviews, Lisa is opening up about her thoughts about leaving and reacting to Camille Grammer‘s RHOBH return. She also reveals if she and Camille are still on speaking terms.

“Well of course [I’m sad],” she admitted to Entertainment Tonight about leaving her full-time position on RHOBH. “It was very difficult for me, but I kind of put that experience in the same compartment in my life that was a very sad time. So, I’m actually happy to have moved on and to come out the other side because that year was brutal for me.”

That said, when asked about a future return to RHOBH, Lisa said, “You can never say never.”

“I always said I’d never be on a reality show. So I don’t know,” she explained. “[Andy Cohen] did come see me at the house the other day and we were having a joke about it. He’s always saying to me [and] at some point I just say to him, ‘It’s not even up for discussion right now.'”

As for the upcoming episodes of RHOBH, Lisa admitted that she was surprised to learn that Camille is returning.

“I thought that she was over [the show] last time, but I didn’t see the reunion. She seemed pretty pissed off,” Lisa told Hollywood Life on Saturday, Nov. 16. “Listen, she’s got enough money. She doesn’t need to do it for that. If she’s doing it, she’s doing it [because] she wants to stay relevant in social media.”

While Lisa and Camille haven’t been seen with one another publicly since the opening of Lisa’s Vanderpump Cocktail Garden in Las Vegas in March, Lisa confirmed that she and Camille are still friends who speak to one another “quite a lot.” Then, she explained when Camille should walk away from RHOBH for good.

“If she’s not having a good time…then I wouldn’t do it. If she’s enjoying herself, then keep the party going,” Lisa continued. “If it comes to the point where it’s not beneficial to your psyche, or to your emotional wellbeing, walk away.”

In a third interview, Lisa said that while she enjoyed some “wonderful moments” on RHOBH, including the wedding of her daughter, Pandora Sabo, there is nothing that would convince her to return at this point in time.