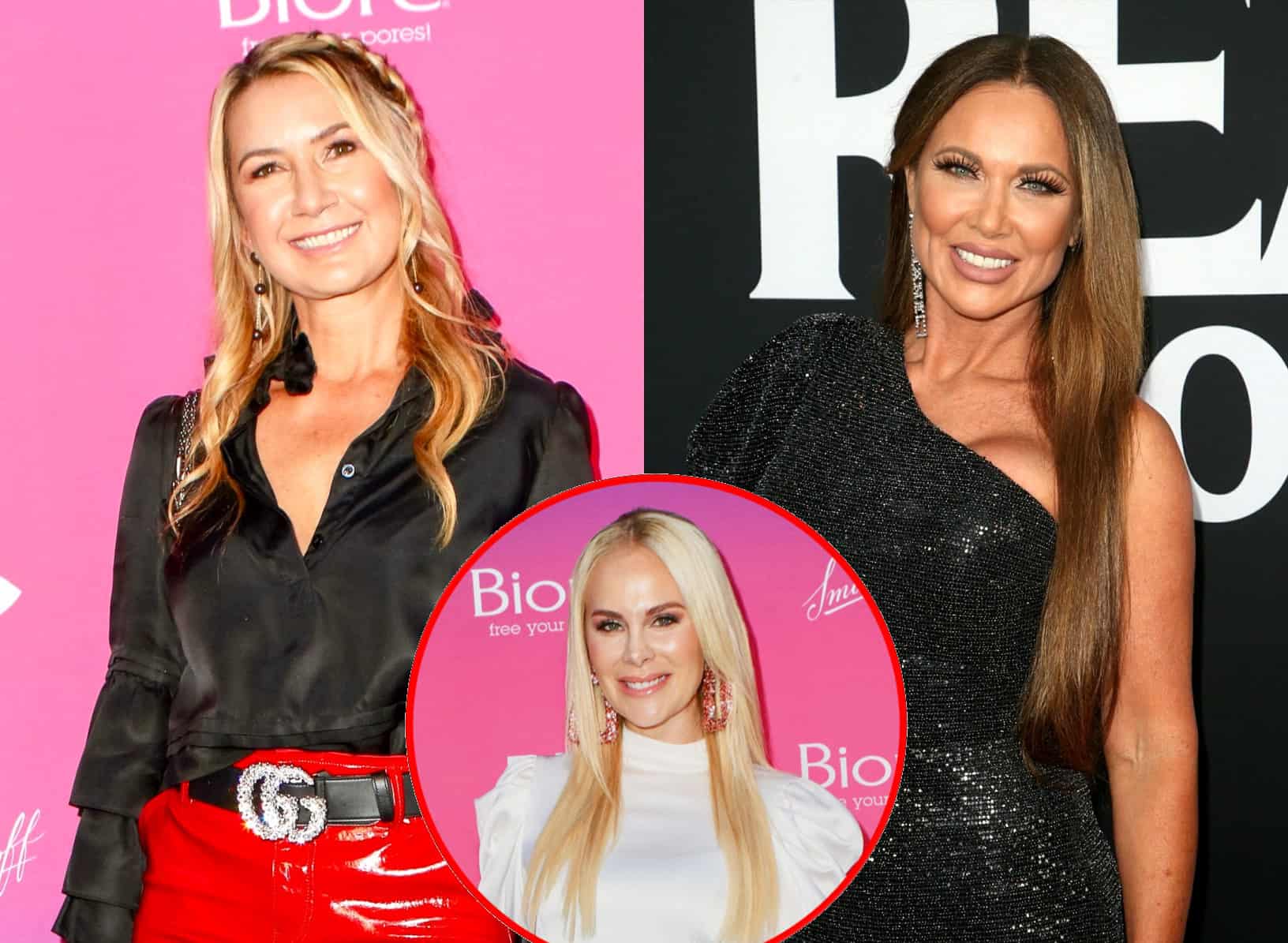 Kary Brittingham is sharing her thoughts about Wednesday night’s shocking episode of The Real Housewives of Dallas, which included a number of racially charged comments from LeeAnne Locken.

After confirming the episode left her “speechless,” Kary weighed in on the reactions of her co-stars, who have been accused of taking it too easy on LeeAnne, before revealing how Bravo has responded to the shocking statements as Kameron Westcott fought back on Twitter against those who wondered why she didn’t call out LeeAnne.

“Tonight’s episode has me just speechless! Please let me know your thoughts after you watch it?? On a positive note I had a great day shopping for my beads and pearls in Thailand with @kameronwestcott and @dandrasimmons,” Kary wrote in the caption of a series of photos of herself and her co-stars during their girls trip to Thailand.

In the comments section of her post, Kary was met with a number of strong opinions.

“I’m really disappointed that Stephanie and the others just stand there and allow LeeAnne to be so bigoted towards you and a whole country. I understand if it was just one occasion so maybe they were in shock but she continues,” one fan wrote.

According to the viewer, Kary’s co-stars were complicit and refused to call LeeAnne out on her “disgusting” comments, which included calling Kary a “Chirpy Mexican”. However, according to Kary, Stephanie Hollman spoke her mind to LeeAnne at the RHOD reunion and Brandi Redmond and D’Andra Simmons have also been “upset.”

“Stephanie did say something at reunion, Brandi and D’Andra are very upset as well,” Kary confirmed.

Although a number of social media users have suggested that Andy Cohen and Bravo have “allowed” LeeAnne’s behavior to take place, Andy slammed her comments as “vile” and “disgusting” on Wednesday’s Watch What Happens Live. He added that he in no way supports her comments, pointing out that producers of the show were simply capturing the events that took place.

Kary seemingly agreed with Andy’s sentiments on Instagram and told a follower that both Andy and the network “are not happy at all” about the drama surrounding LeeAnne.

Kary then reacted to a fan who suggested LeeAnne should be “fired” from RHOD for her “racist comments” by sharing a red heart emoji. 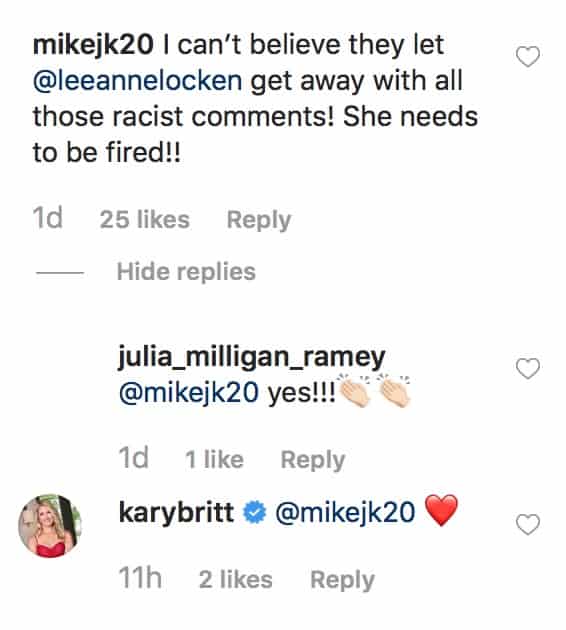 On Twitter, as Kary responded to her many fans and followers on Instagram, Kameron fired back at the backlash she was receiving over her failure to call LeeAnne out on Wednesday’s episode by confirming fans will soon see her face off with her co-star.

“To everyone saying I was complicit and said nothing about the racial comments made in tonights episode… please go back and rewatch the preview for next week before blowing up my twitter??? Where I very clearly am the ONLY one that addresses it!! This is nuts!” Kameron wrote.