Home Real Housewives of Atlanta News RHOA Recap: Dennis Reveals Why He Cheated On Porsha, Plus Kenya Tries to Save Her Assets Amid Failing Marriage

RHOA Recap: Dennis Reveals Why He Cheated On Porsha, Plus Kenya Tries to Save Her Assets Amid Failing Marriage 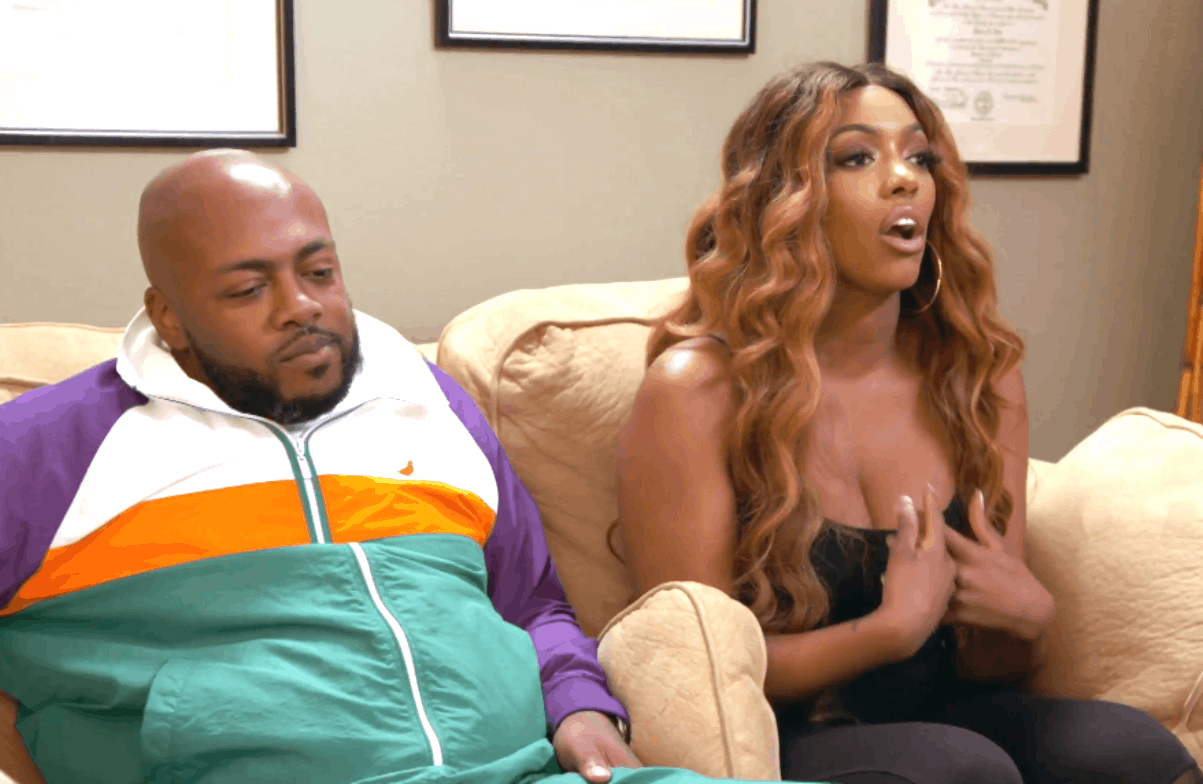 This week on The Real Housewives of Atlanta, Porsha and Dennis try therapy again as Dennis opens up about why he cheated on Porsha, and Nene meets up with her life coach…

Kenya goes to Cynthia’s house supposedly to help her organize her closet so Magic Mike can move in. Cynthia throws some shade saying, “Kenya got engaged after three months and is still not living in Atlanta with her man either” so stop judging! Cynthia should really pay attention to what is going on with Kenya. Kenya’s husband is like “Where’s Waldo?”

Cynthia definitely has a lot of closets but still no room for Mike. The conversation then goes into how Kenya made a scene at Marlo’s event. Marlo at the event was saying “Kenya is paying some child support.” Kenya’s retort is, “Marlo is used to pulling stuff out of her a** including some 80-year-old d***”!” Boom, that is a low blow…

Cynthia is aware that Marlo is Nene’s soldier and is totally loyal to her. Cynthia finds it really crazy that she would have to ask Marlo if she indeed recorded her. She never got to address it at the event with Marlo since Kenya twirled in with her marching band. Kenya shares that things are rough with Marc and she is trying to follow Michelle Obama’s advice on relationships. Marc sounds like a total hothead.

Riley calls Kandi and Todd to ask about a $168 Fendi shirt! I wish Kandi was my mom on speed dial for me when I was her age! Kandi shares that Riley and Kaela will be living in NYC but they will have no contact with each other? What? They don’t even interact with each other while they live under the same roof? That is messed up!

Carmen, Kandi’s best friend, comes over to chat. They talk about Todd opening up another OLG breakfast restaurant and Todd bought a tractor-trailer? Kandi thinks they need to focus on making their little person. They discuss Todd having a rough time communicating with his daughter and they are not speaking. Riley also has trouble communicating with Todd too so he needs to get that figured out since he has another little girl on the way! Kandi says “this blended family stuff is rough.” Amen, sister!

Porsha is meeting up with Marlo to ride on the Pedi-bus around town where they can exercise and drink. It is hilarious when Marlo is pedaling wearing head to toe sequins! Marlo questions Porsha about Dennis. I don’t know if Michelle Obama knows, but her sage advice is getting mentioned throughout this episode. I somehow doubt she would be pleased about this since they obviously are not following it!

Porsha mentions how Nene went too far with her insults when she was pregnant with Pilar and doesn’t know how to be a friend. Preach! Marlo loses Porsha when she says we put our lives in guys’ hands and we get diseases? Hold up, Marlo, no woman wants to put our lives in those guys’ hands! Who are you dating, Marlo?

We see Nene meeting with her Bravo hired crisis counselor Life Coach who is wearing some sort of velour clubwear ensemble for her home therapy visit. Nene is wearing a multi-colored Love necklace so it can hopefully change her vibe? She hasn’t really shown anyone a lot of love these past few seasons other than the love affair she has with herself!

Nene tells the coach what happened at Marlo’s wig event and pretty much downplays how she ditched her friend’s event because she was irrelevant uncomfortable. The coach tells Nene that your friends need to understand you are on your way out of this show a health healing journey.

Nene talks to the coach about going on Tanya’s trip to Toronto and how rough she has it when she goes on girls’ trips. She claims her bad hair is from going on these trips? I thought all along that it was because she had a stylist that hated her! I am now confident that the coach wasn’t too successful with negotiating with Nene to mend her bridges or edges with her girlfriends.

We are now back on the Pedi-Bus and the booze is kicking in, resulting in blurry vision! Marlo is yelling out, “Hi, Dennis” while peddling by the Hot Dog Stand, but Porsha is not amused. She doesn’t lose it, probably because she has a hookah and a henney! She does claim Marlo used to be one of Dennis’s cheerleaders in the past, but now she seems to be rubbing this mess in Porsha’s face. That is very messy, Marlo!

They actually go eat at the Hot Dog Factory. Porsha calls Dennis to let him know they are eating at his restaurant. She says, “Just because I am eating your hot dog we are not good!” Porsha shares with Marlo just how rough things are, and all I can think is why would you go to her for advice? Yikes!

Cynthia and Mike are heading to lunch with Eva and Michael Sterling. They talk about Cynthia being recorded with Michael and if this was legal or not. Mike Hill thinks they are just a piece of sh** to record their conversation. Eva saying that Nene is like a Federales and a narc is hilarious since she records everyone without their knowledge. You have to pat her down before you share anything with her!

They play a Models vs the Mikes game that involves throwing a football against bowling pins. The winner of the game has to move either to Atlanta or LA. Cynthia isn’t confident the very pregnant Eva is a good partner to have. The Mikes win, of course, and Mike Hill wants to carry Cynthia to LA.

Kenya meets with an estate planner. Kenya discusses her lack of a prenup. She is concerned for Brooklyn’s future if something was to happen with her and Marc. Kenya mentions her home is worth 1.8 mil and she is the only one on the deed. The planner tells her to create a trust to protect her assets for her daughter. Kenya will need to appoint a trustee and her choice would not be her husband? She is fearful they are not on the same page for their daughter.

Porsha visits her therapist Dr. Sherry who seems to be the only therapist in Atlanta as she has appeared on a number of reality shows! And ominously the music changes as Dennis approaches. Dennis looks really uncomfortable to be there. Porsha and Dennis discuss their relationship. Dennis tries to explain his “mistake” by essentially blaming his diminishing sex life during Porsha’s pregnancy for his infidelity.

Porsha thinks his description of what he did is insulting. I am assuming that these sessions must have become productive at some point since they are back together now and engaged again.

Porsha thinks he needs to own his actions. Dennis is focused on the lack of sex when Porsha was pregnant and after Pilar was born. Dr. Sherry asks the burning question to Dennis, “How can you have sex with someone else when you were supposedly invested in the relationship?” Dennis admits he was a dirty dawg it was a selfish decision and he claims to be remorseful. Porsha feels like she just can’t trust him. Dennis claims he wants to fix it and wants another chance. Dr. Sherry stresses trust has to be rebuilt and honest conversation is important. They do hug at the end of the session. Dennis tries to get Porsha to let him come over, but she is not having it yet.

Next week Cynthia confronts Marlo about recording her, and there is an engagement on the horizon…