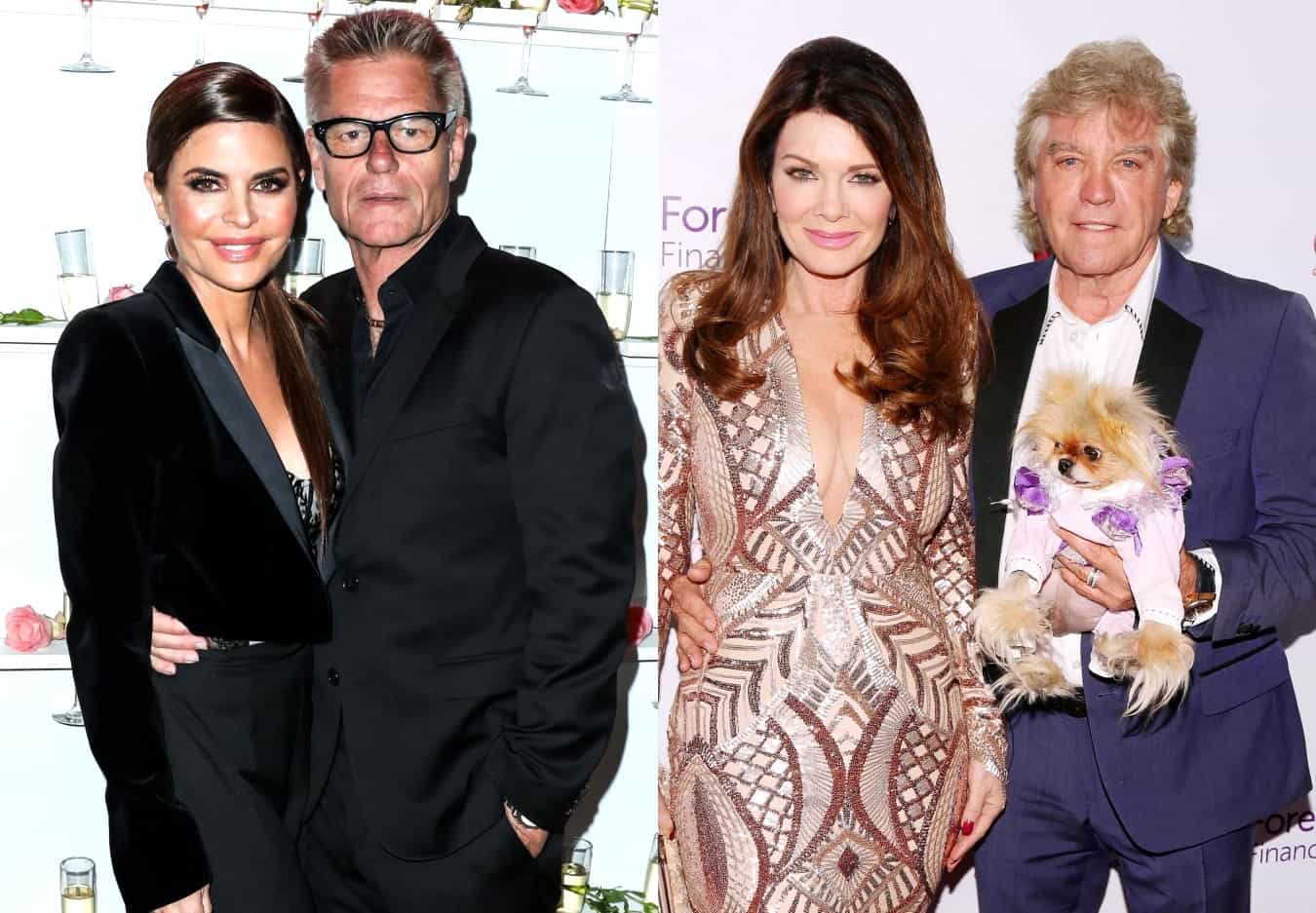 How does Harry Hamlin feel about Lisa Vanderpump and Ken Todd following their past issues with his wife Lisa Rinna?

During a couple of new interviews, Harry opened up about his thoughts on Lisa V. and Ken before revealing that it was actually former Real Housewives of New York City star Bethenny Frankel who convinced him to allow his wife to appear on The Real Housewives of Beverly Hills.

As fans of RHOBH will recall, Lisa R. and her co-stars accused Lisa V. of leaking a story about Dorit Kemsley abandoning her dog Lucy during season nine, and just before the reunion taping, Lisa V. quit the show. Despite his wife’s feud, Harry makes it clear he has no ill feelings towards Lisa V. and Ken.

“I’ve always been very fond of Lisa and [her husband] Ken [Todd],” Harry told The Daily Beast on Monday. “I’m very fond of them both, and delighted by them both, whatever issues they had with other people.”

During a second interview on last night’s Watch What Happens Live with Andy Cohen, Harry revealed that while he was initially hesitant about his wife joining the RHOBH cast, he ultimately changed his mind after chatting with former housewife Bethenny.

“I told Lisa when she told me she was thinking about doing it that I have my divorce lawyer on my speed-dial and Lisa said, ‘Why don’t you just talk to Bethenny about what opportunities this show could provide.’ And I did… and here we are,” he replied.

Harry then confirmed he is happy Lisa R. became a cast member before being questioned about whether or not he’d like their two daughters, Delilah and Amelia, to be a part of the franchise some day.

“Well they’d have to get married first and I’m not sure they are ready for that,” he shared.