Home Real Housewives of New Jersey News The RHONJ Cast Reacts to Teresa Giudice and Joe Giudice’s Split and No One is Surprised, See What Danielle, Margaret, Siggy and Others are Saying

The RHONJ Cast Reacts to Teresa Giudice and Joe Giudice’s Split and No One is Surprised, See What Danielle, Margaret, Siggy and Others are Saying 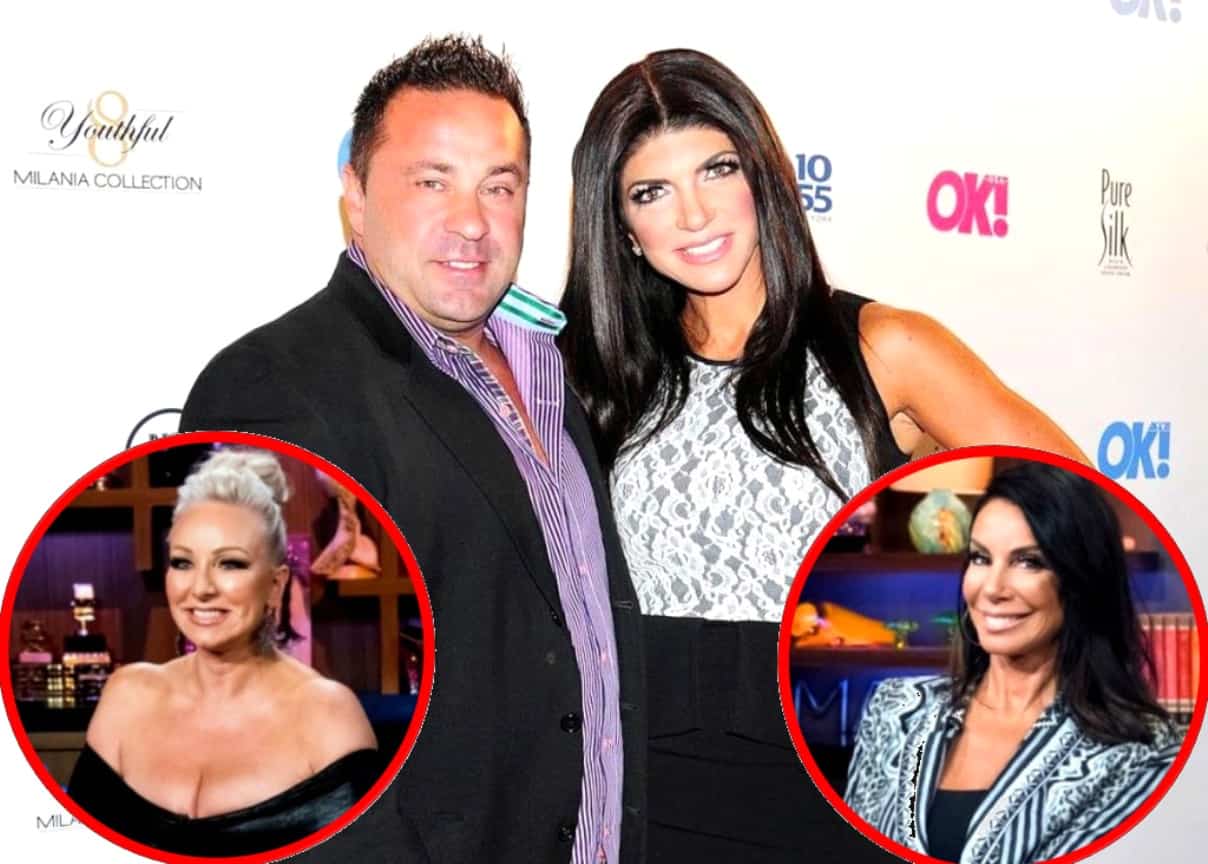 What does the Real Housewives of New Jersey cast think about Teresa Giudice and Joe Giudice‘s separation?

After sources confirmed that Teresa and Joe separated after 20 years of marriage, a number of former and present cast members of the Bravo TV reality series weighed in on the news. No one seemed too surprised that the couple had agreed to go their separate ways.

“Teresa and Joe talked about their future when she and the girls were in Italy and decided it was best for them to separate. Neither of them wanted to be in a long-distance relationship,” an insider told Us Weekly on Tuesday, adding that Teresa and Joe “harbor no ill will towards each other.”

“Andy, you know, we heard what she said at the last reunion. They’re making the best decisions for their family, and Joe and Teresa, you know, they’re moving on. I haven’t spoken to her since the news broke yesterday. I haven’t had a chance. But I will be speaking to her this week,” Margaret said.

At the RHONJ season nine reunion, Teresa told her co-stars she would divorce Joe if he was ultimately deported. He is currently awaiting a final decision on his deportation appeal, and there is no guarantee that he will ever be allowed back in the United States.

During interviews with Us Weekly on Thursday, Danielle Staub, Marty Caffrey, Amber Marchese, and Siggy Flicker addressed Teresa and Joe’s decision to focus on their lives as individuals, rather than a married couple.

“Teresa is a big girl. She has made choices that she wants to clearly stand by and in these situations the kids always lose out,” Danielle said. “In the end, we all make decisions and they always affect our children. I myself have done that too… I feel bad for the kids, that’s all.”

Danielle, who suffered a falling out with Teresa earlier this year, added that she will continue to pray for Teresa and Joe’s family.

“There’s really nothing I can say about it other then it’s a sad situation for their daughters,” Marty explained. “Only Joe and Teresa can decide how to move forward. Getting separated comes as no surprise to anybody. They’ve basically been separated for a few years already anyway. I just wish them both happiness.”

According to Amber, she couldn’t care less about the status of Teresa’s marriage because she and her now-estranged husband are criminals.

“Do [you] see the newspaper? Do you see what is going on in this world? For the last week, I’ve been fighting against the state forcing mandatory vaccinations on our kids, I don’t give a rats a** about people who don’t pay their taxes and commit crimes,” Amber said.

As for relationship expert Siggy, she said she was “sad” to hear about Teresa and Joe’s split, even though she wasn’t surprised.

“They had too much working against them and I also disagree with the judge ruling in favor of Joe being deported,” she shared. “He did the crime, did the time and should have been allowed to go home to his family.”

The Real Housewives of New Jersey season 10 airs Wednesdays at 9 p.m. on Bravo.