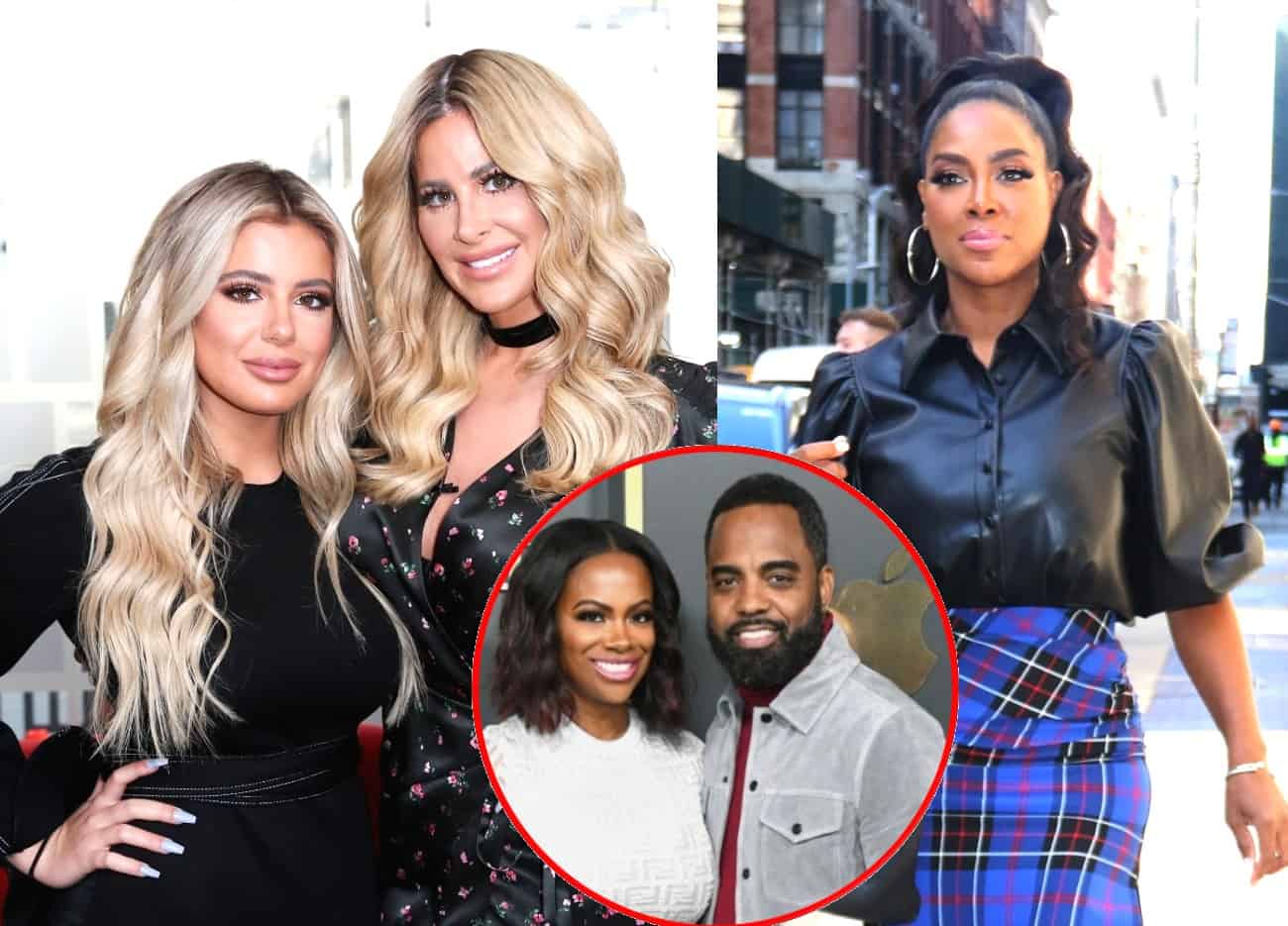 And in other RHOA news, Kandi Burruss sets the record straight after fans speculate her husband Todd Tucker has been irresponsible with their finances.

RHOA‘s most recent episode was a sweet one as fans got to see Mike Hill pop the question and propose to Cynthia at her “Bailey Wine Cellar Event.” But after Kenya opened her mouth and nearly spoiled the surprise after getting a secret tip from Kandi, her character has definitely come into question. Two of the people who are concerned about her are former Atlanta housewife Kim and her daughter Brielle.

“Why would Kenya ruin someone’s day like that!? E V I L.I’VE BEEN TRYNA TELL YALL.” wrote the 22-year-old on Sunday evening. 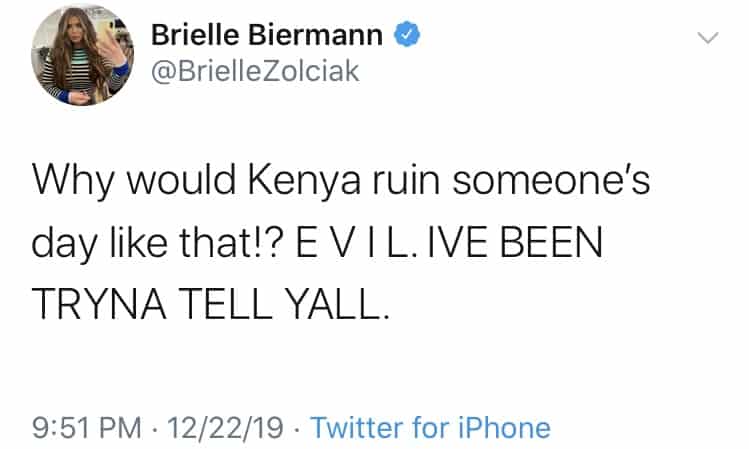 “Always said she was evil 🤷‍♀️” the mother-of-six tweeted the same night.

This isn’t the first time Kim referred to Kenya as “evil.” The two reality stars were continually at each other’s throats when Kim appeared in a handful of episodes back in season 10. And after seeing these tweets, it looks like not much has changed.

In the same episode that aired Sunday, fans saw Kandi argue with her husband Todd over finances. She feared his eagerness to start so many businesses at once wasn’t a smart thing to do money-wise. But while fans and some of Kandi’s family have assumed in the past that Todd frivolously spends his wife’s money, Kandi took a moment to set the record straight on Twitter following their on-camera tiff.

“FYI. Todd is not spending my personal money. That is still safe is my savings portfolio.” Kandi said in her tweet on December 22. “He & I have made a lot of money together which is what we use to invest in new business ideas. He helped make it so he can help decide how it’s spent. Thanks for your concern but we’re good!”

FYI. Todd is not spending my personal money. That is still safe is my savings portfolio. He & I have made a lot of money together which is what we use to invest in new business ideas. He helped make it so he can help decide how it’s spent. Thanks for your concern but we’re good!

The reality star couple, who recently welcomed their second child together, currently co-own The Old Lady Gang, a soul food eatery. They announced plans to open a second location in 2018.