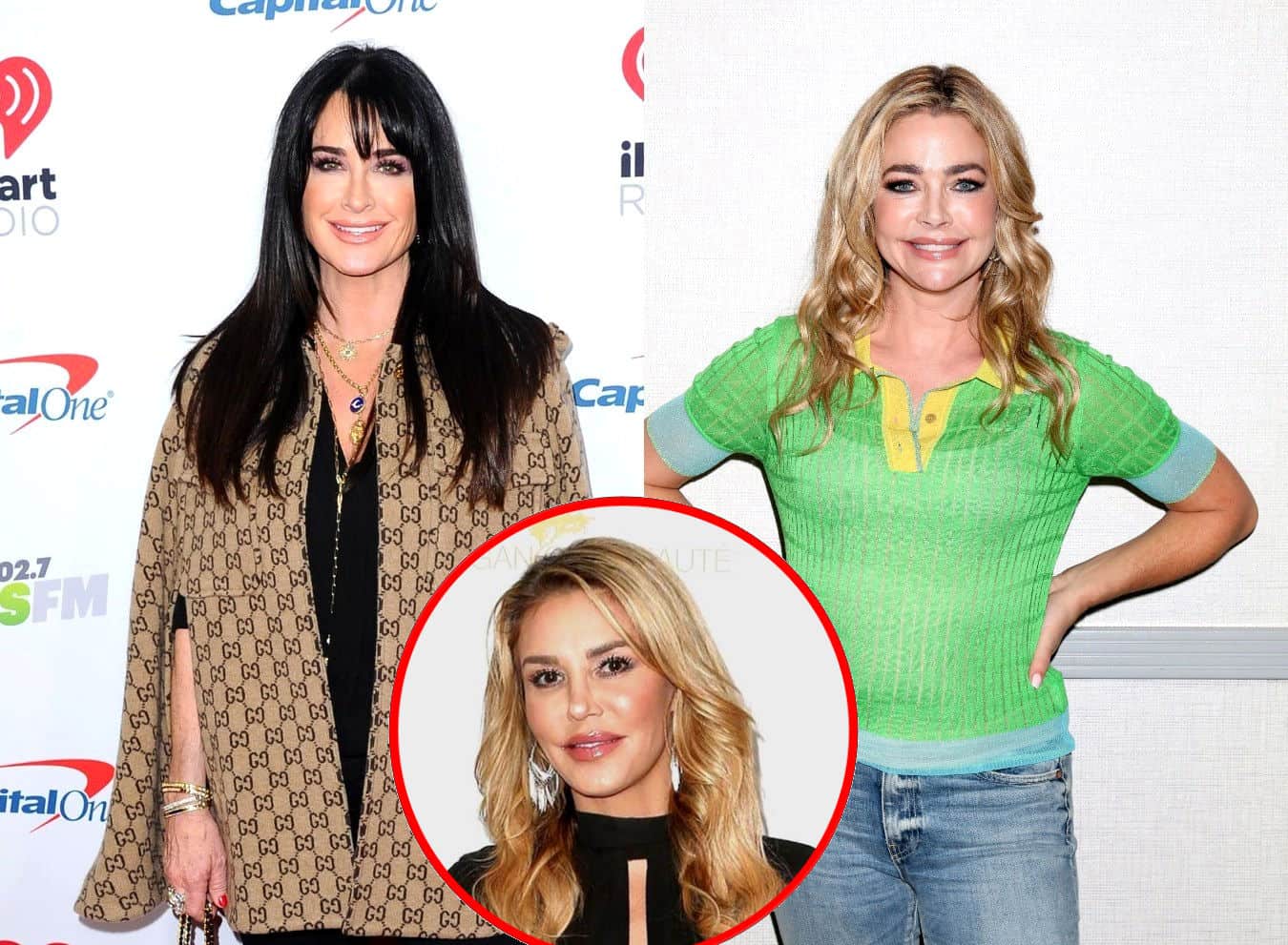 Kyle Richards is speaking out against a recent report claiming the Real Housewives of Beverly Hills cast was planning to take down Denise Richards during the 10th season of the show.

After a report suggested Kyle had informed Brandi Glanville of the supposed plot to go after Denise after Lisa Vanderpump‘s exit from the show in June, Kyle took to Instagram to refute the report with a brief statement as Brandi weighed in on Twitter. 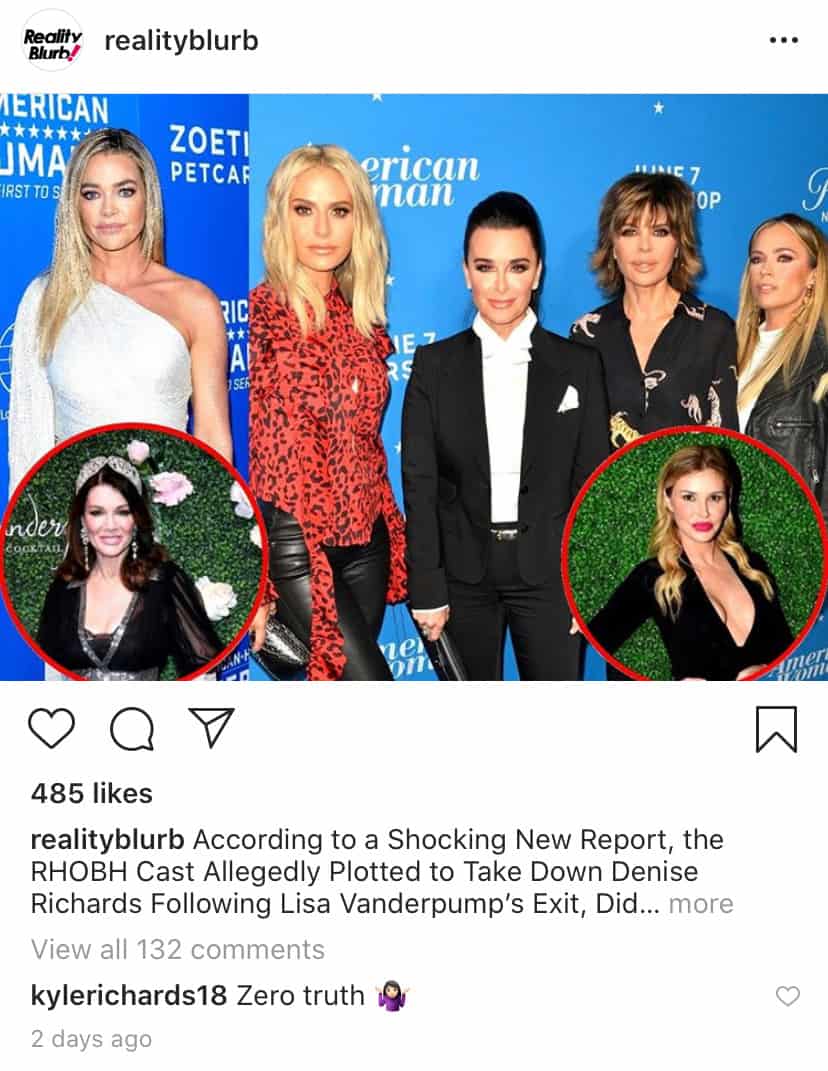 According to the report, Kyle had allegedly told Brandi that the cast was planning to go after Denise, much like they did to Lisa during RHOBH season nine. Afterward, Brandi reportedly relayed the information to Denise.

“Brandi called Denise early in the season because Kyle [Richards] had told Brandi that Denise was going to be the one person that the other ladies picked on this season in Lisa Vanderpump‘s absence,” a production source told Hollywood Life. “Kyle said that everything that the audience liked about Denise last season is what the ladies would use against her this season.”

In addition to Kyle refuting the report on Instagram, Brandi denied that she was told anything negative by either Kyle or Denise.

“I’m just gonna say that neither Kyle nor Denise (RICHARDS) has ever said a negative word to me about one another LIES !!! And Merry Christmas Eve,” she tweeted.

As fans of RHOBH have likely heard, Denise was called out by Lisa Rinna on Instagram earlier this month after she skipped out on the finale taping for season 10.

“Denise are you ok? You never showed up to [Dorit Kemsley]’s Sat night we were all so worried about you. What happened?!” Lisa R. wrote in a comment on one of Denise’s posts. “You said you were coming, you were meeting [Garcelle Beauvais], We never heard from you. What happened?”

While Denise never responded to Lisa R.’s comment, Camille Grammer fired back at her on Twitter by slamming her for making their feud public, rather than reaching out in private. However, according to Lisa R., she did reach out to Denise privately in addition to the public Instagram comment.