Kyle Richards is reacting days after a car accident at Pump Restaurant.

After a number of fans online jokingly suggested it was actually Kyle who was driving the silver Ferrari that crashed into Lisa Vanderpump‘s West Hollywood hotspot on Sunday, the Real Housewives of Beverly Hills star, who has been estranged from Lisa since 2018, offered a response.

After Housewivesology on Instagram shared an old clip of Kyle showing off her sports car alongside a photo of the crash scene at Pump Restaurant, Kyle replied to the post with a laughing emoji. A short time later, her co-star Lisa Rinna did the same. 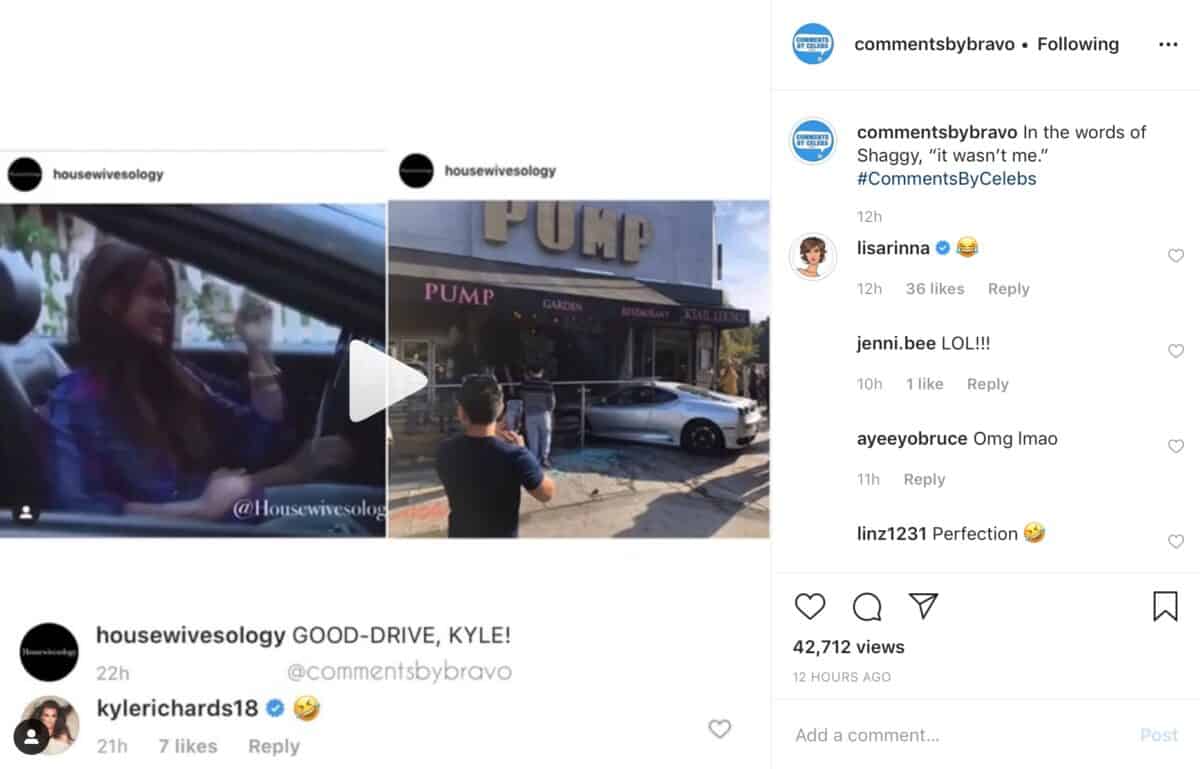 In the comments section of Housewivesology’s post, they included a nod to Ken Todd‘s infamous “Goodbye, Kyle” moment from RHOBH season nine by joking, “Good-drive, Kyle.” As fans will recall, Ken yelled, “Goodbye, Kyle,” as he threw her out of his home for suggesting that Lisa was in some way involved with a leaked story accusing Dorit Kemsley of abandoning the chihuahua mix she adopted from Vanderpump Dogs.

Also on Instagram, a Bravo fan account shared a photoshopped image of Kyle behind the wheel of the Ferrari.

While reports on Sunday claimed that one person was hospitalized with minor injuries after the unnamed driver of the Ferrari crashed into the restaurant, Lisa told her fans and followers on Twitter that no one was hurt. She also shared photos taken at the scene.

No. We are not a Drive-Thru. Thank God no one was hurt. pic.twitter.com/CpZoT1AFuV

The Real Housewives of Beverly Hills‘ 10th season is expected to premiere at some point early this year.