RHOBH’s Lisa Vanderpump Weighs in on Stassi’s Feud With Kristen and Reacts to Jax Unfollowing the Vanderpump Rules Cast, Plus a Ferrari Crashes Into Pump Restaurant 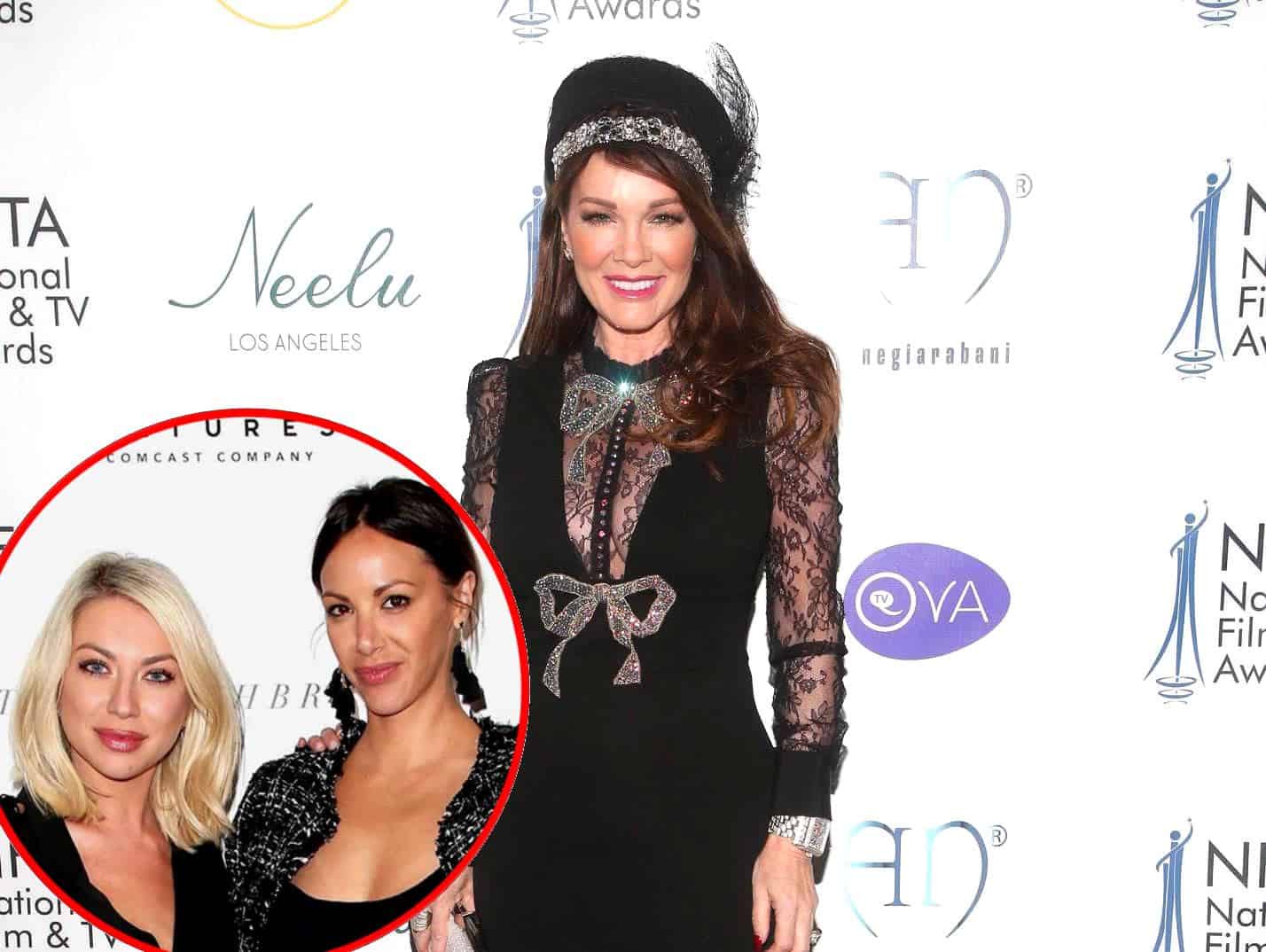 Lisa Vanderpump recently opened up about the new season of Vanderpump Rules, and also below, she shares photos of a car crashing into one of her restaurants over the weekend.

During an appearance on The Kelly Clarkson Show, the former Real Housewives of Beverly Hills star spoke about Stassi Schroeder and Kristen Doute‘s feud and Jax Taylor‘s drama. She also revealed which Real Housewives star she’d choose to be locked in a room with if she had to pick one.

“I think probably [Bethenny Frankel]. But I probably wouldn’t have to discuss anything with her because I wouldn’t get a word in edgewise because she doesn’t stop talking,” Lisa laughed of the former Real Housewives of New York City star.

Last summer, as the Pump Rules cast began production on season eight, Stassi and Kristen suffered a falling out and have been at odds ever since with no real sign of a potential reunion. That said, when it comes to the years of history between them, Lisa is hopeful that they will one day mend their relationship.

“Fundamentally, there’s been a difference between them. I mean, I try not to weigh in on this too much, personally, because I’ve always found Kristen a little bit different to get along with myself. But I think this year, Stassi’s grown up. They’ve both grown up,” Lisa explained.

“They’re both growing up and I think the divide just got wider and wider and I don’t know, but there’s years of history,” she continued. “So I’m hopeful because it’s a shame to break up such a long friendship.”

Lisa also said that season eight of Pump Rules was “very bumpy” before revealing that she can’t share much about Jax’s feud with his co-stars that resulted in him blocking a number of them, including Scheana Marie, Tom Sandoval, and Ariana Madix. Lisa said she can’t talk about the feud much because the reason behind it will be revealed “at the end of the season.”

“I can’t give that away. [But] Jax is very complicated… a complicated character,” she noted.

In other news, a Ferrari crashed into the front of Pump on Sunday afternoon, which led to one person being hospitalized with minor injuries.

According to a report from the New York Daily News, the incident took place in the midst of brunch after the driver of the vehicle lost control at the intersection of Santa Monica Boulevard and Robertson Boulevard for unknown reasons.

No. We are not a Drive-Thru. Thank God no one was hurt. pic.twitter.com/CpZoT1AFuV