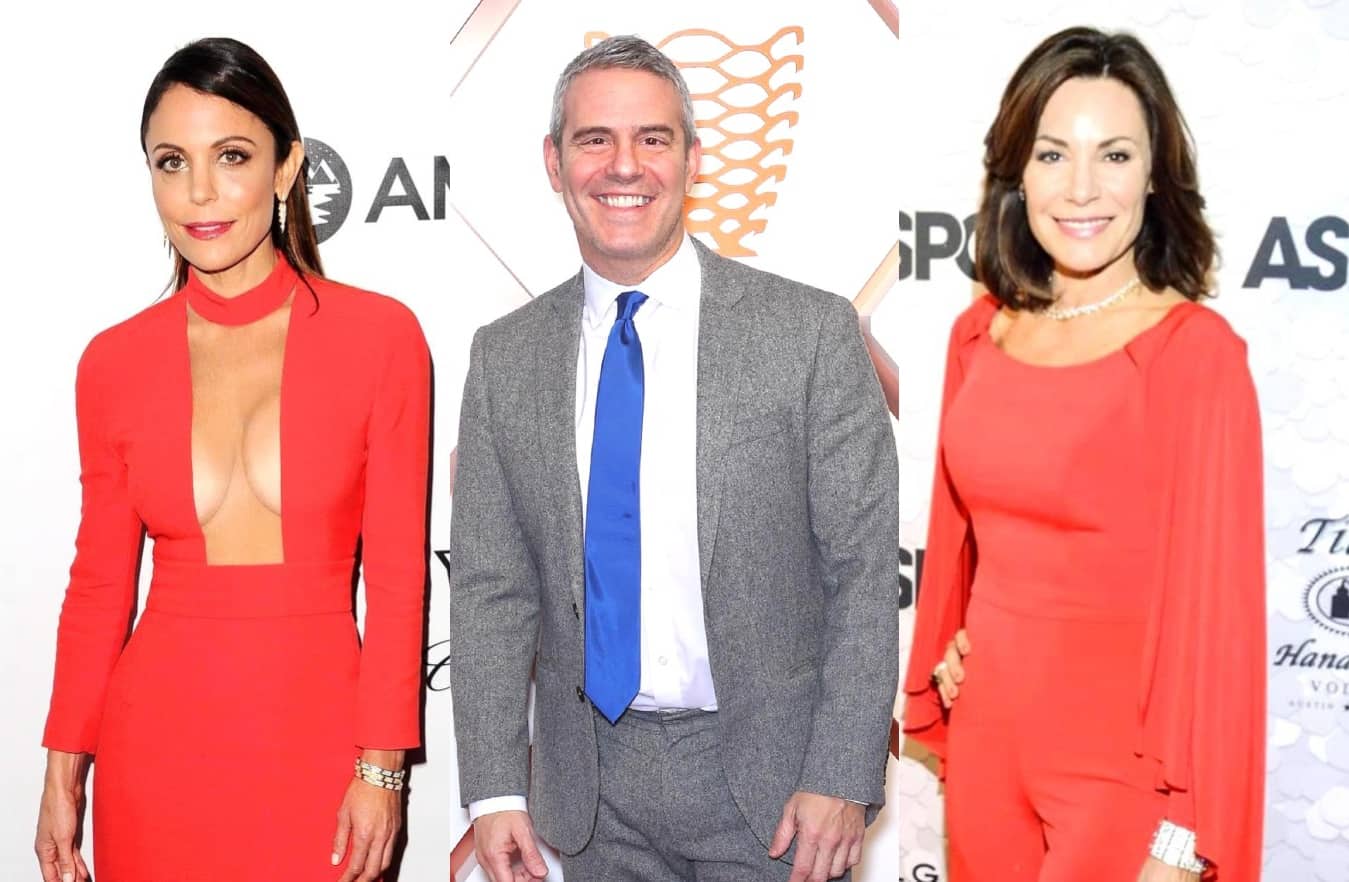 Bethenny Frankel is revealing how Andy Cohen reacted following her abrupt decision to quit the Real Housewives of New York City last summer as Bethenny’s former RHONY co-star Luann de Lesseps is taking some credit for the continued success of the show.

Bethenny shared her remark about Andy as she compared Meghan Markle and Prince Harry‘s recent decision to step back from their Royal duties to her sudden decision to leave the Bravo franchise on Twitter.

“This Royal Family is giving reality TV a run for its money,” she tweeted on January 9. “I mean I thought [Andy Cohen] was upset when I left. At least I prepared him. I would think the Queen of England might get a heads up.”

As fans of RHONY will recall, Bethenny announced her exit from the show in August, around the time production began on the series’ upcoming 12th season. Months later, during the BravoCon fan convention, the network announced Leah McSweeney‘s addition to the show.

Although Bethenny’s empty space on the series has already been filled, Luann joked on Thursday that RHONY was still in need of another brunette as she shared a collage of photos of her castmates, except Tinsley Mortimer, alongside Meghan.

“We need another brunette on [RHONY] but not another Harry. Lol,” she said, giving a nod to Harry Dubin, who has hooked up with a number of cast members, including Luann, Sonja Morgan, and Ramona Singer. 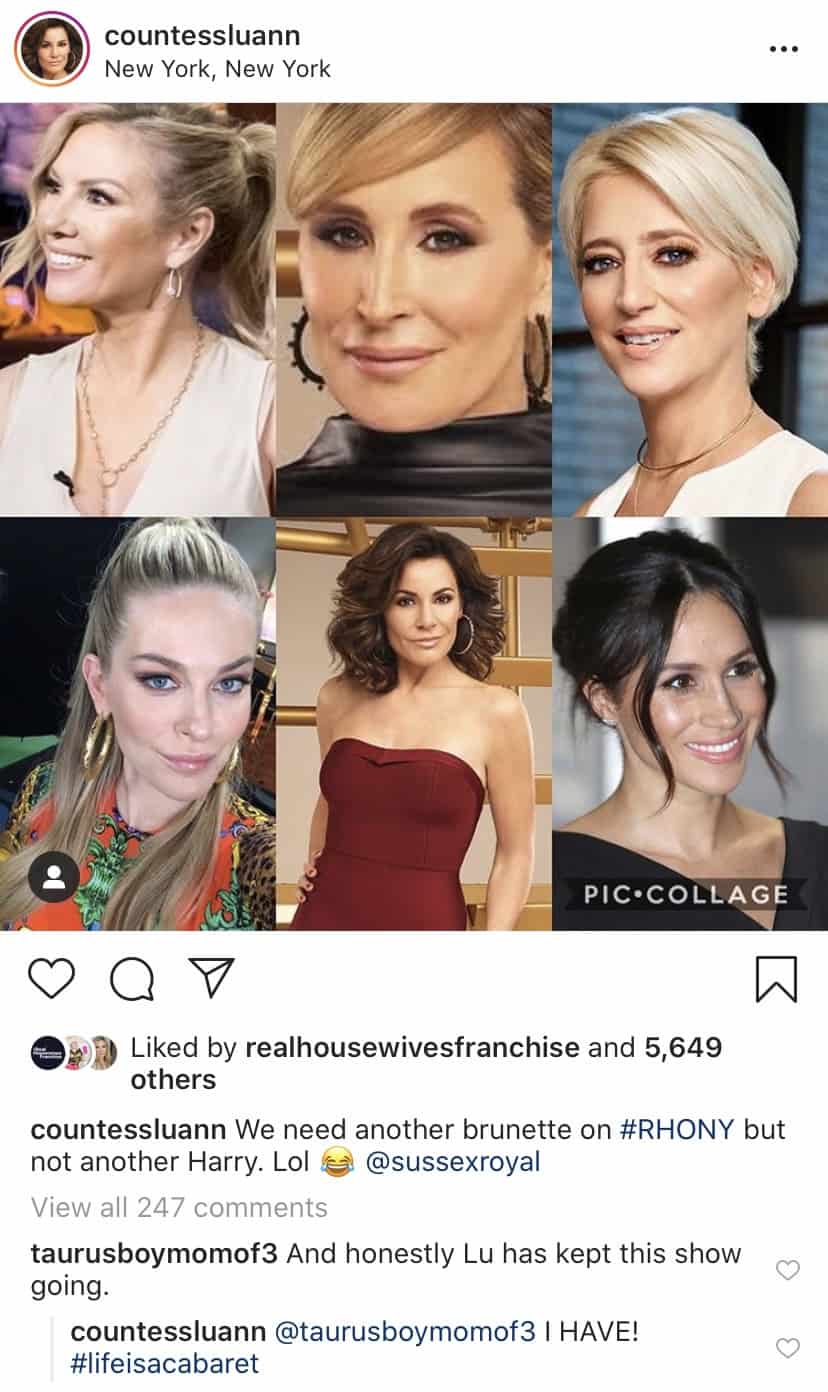 In the comments section of her Instagram post about Meghan joining RHONY, Luann also got her fans’ attention when she reacted to a fan who credited her for the success of the series.

“And honestly Lu has kept this show going,” the person wrote.

The Real Housewives of New York City season 12 will air on Bravo sometime in the coming months.