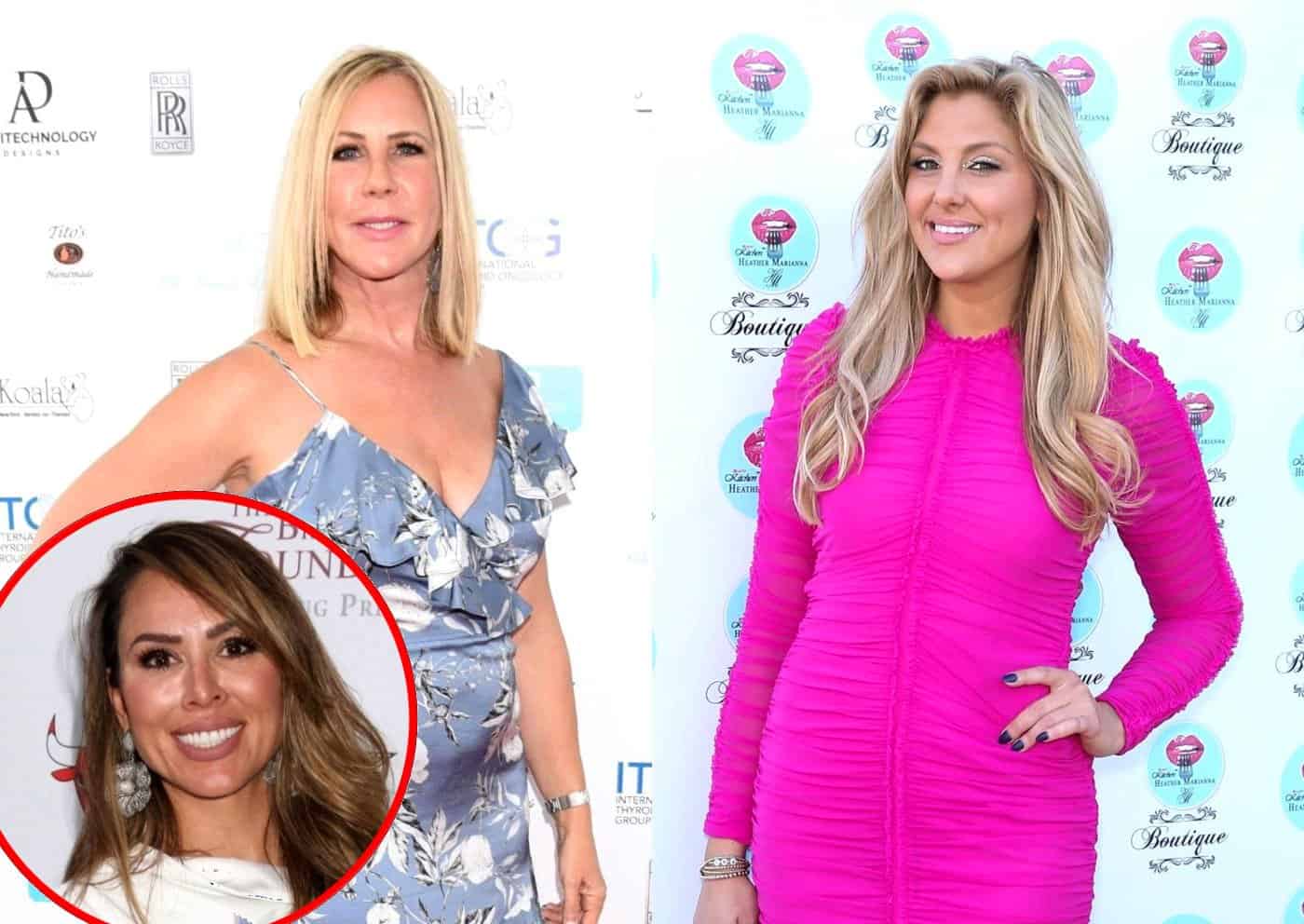 Gina Kirschenheiter is under fire after sharing a photo of Vicki Gunvalson covered in frosting after leaving her Marie Antoinette-themed birthday party and suggesting the image was what Vicki would look like if she “pulled a train.”

Months after she and her co-stars were seen discussing a rumor claiming Kelly Dodd was involved in a train on the 14th season of The Real Housewives of Orange County, Gina posted the distasteful photo and message on her Instagram page and suggested it was nothing more than a “joke.”

“Cheers to the storyline that keeps on giving… #canthelpmyself #rhoc #loveagoodmeme #thetrainsacoming @bravoandy,” Gina wrote in the caption of her January 9 post. 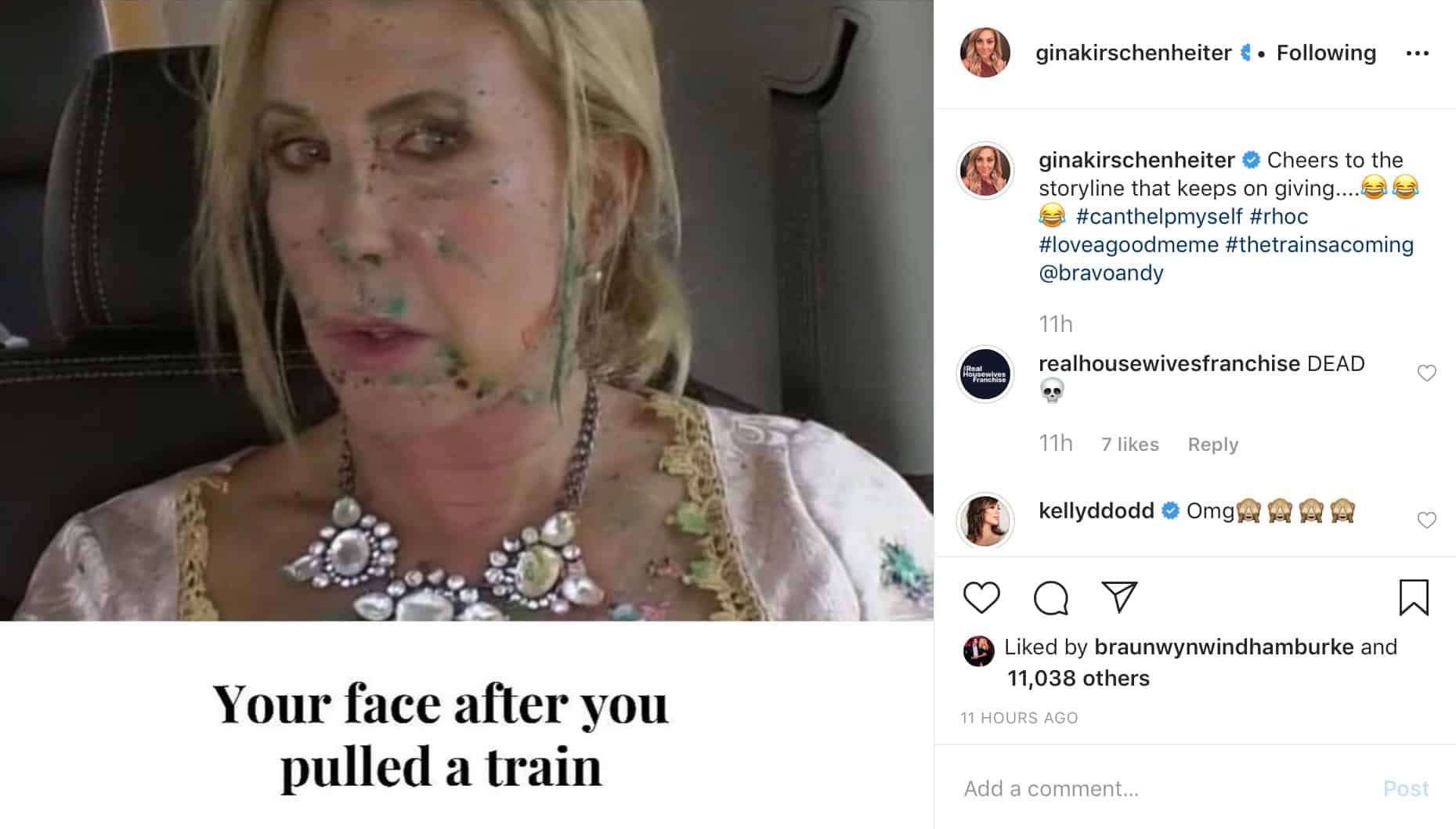 After she shared this post, Gina was met with a comment from Kelly, who wrote, “Omg” with four see-no-evil monkey emojis, and a “like” from Braunwyn Windham-Burke.

She was also met with criticism from fans who felt the photo was a low-blow. 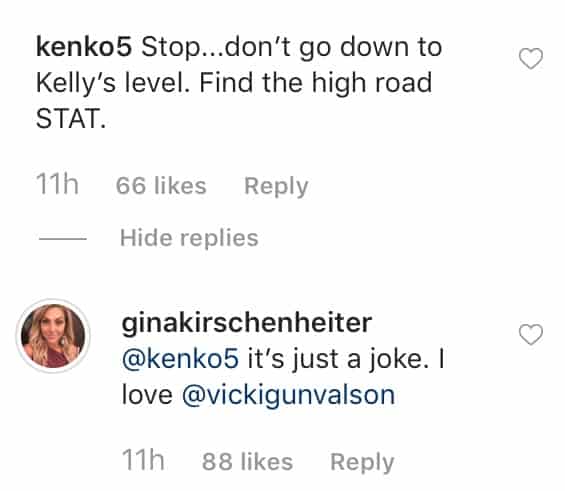 “Not cool Gina,” another wrote.

“lol just a joke not an attack,” Gina insisted. 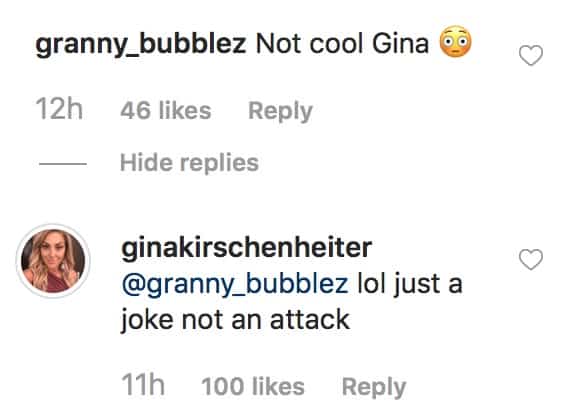 As the backlash continued, Gina returned to Instagram, where she posted another meme but featured herself instead of Vicki.

“Relax people….it was a joke….Anddd I still think it’s funny lol sorry not sorry. Love u all!!!!” she wrote in the caption of the photo, which featured a message reading, “When [no one] asked you if you pulled a train.”

Luckily, Gina did get support from some fans who were amused by her posts. She also got support from Kelly, who said her second meme was “hilarious.”

The Real Housewives of Orange County season 15 is expected to begin production later this month.