Home Real Housewives of Orange County News Andy Cohen Addresses Claims a RHOC Housewife Wasn’t Asked to Return Next Season, Find Out Who Plus Has Bravo Made a Decision on Vicki’s Future?

Andy Cohen Addresses Claims a RHOC Housewife Wasn’t Asked to Return Next Season, Find Out Who Plus Has Bravo Made a Decision on Vicki’s Future? 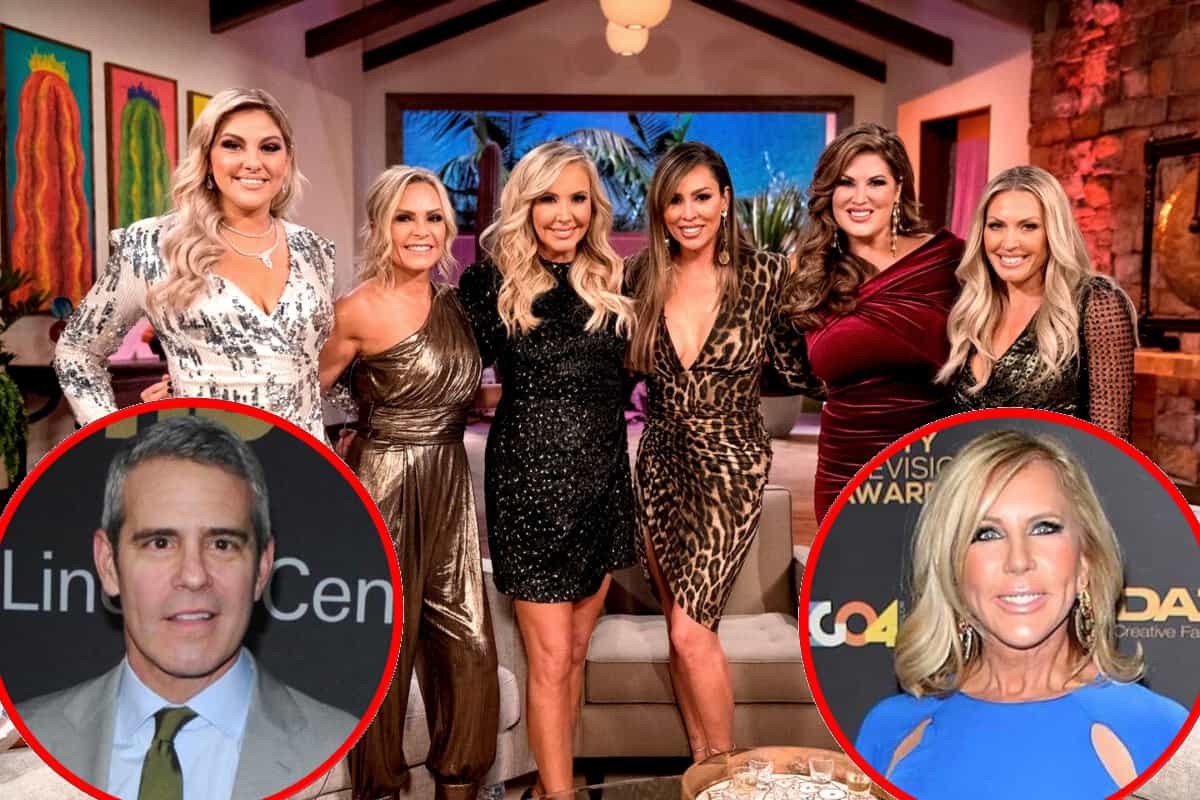 Find out which of the Real Housewives of Orange County cast members have allegedly received contracts for season 15 as Watch What Happens Live host Andy Cohen speaks out on the reported news.

Fans have been waiting on the edge of their seats to find out which of the RHOC stars will be coming back next season after Andy teased a possible major cast shake-up back in December. And after Tamra Judge seemingly shut down rumors that claimed she was fired from the show, everything seemed up in the air. But according to a new report, decisions have been made regarding who gets contracts for season 15.

“Confirmed and picked up for the RHOC cast for next season are Tamra Judge, Shannon Beador, Emily Simpson, Braunwyn Windham-Burke, and Kelly Dodd,” reports Radar Online, citing that the information came from a production source who states that the contracts were sent out just before the weekend.

Noticeably missing from the returning cast list was Gina Kirschenheiter. But according to the insider, “Gina could get something last hour but she wasn’t sent a pickup with the rest of the ladies.”

Many fans have also been wondering if Vicki Gunvalson, coined the O.G. of the O.C., would be asked back in the “friend role” she had got demoted to in season 14 or if she’d be let go altogether. But according to the same source, the reality star has been offered the same friend role for season 15.

“Vicki hasn’t decided yet if she will accept a friend role again,” the insider dished. “She has time to accept or decline the offer from Bravo bigwigs.”

However, in a surprising twist, Bravo exec. Andy is claiming that no contracts have been given out to the RHOC cast.

“Why is anyone believing Radar Online?” Andy wrote on Twitter Sunday night in response to a fan who was inquiring about the leaked cast news. “No contracts have even gone out.”

Why is anyone believing Radar Online? No contracts have even gone out.

Contracts for season 15 were expected to be delivered mid-January, so time-wise, this news makes sense. But perhaps the source was too quick to jump the gun. However, something is definitely going on with production as Braunwyn was spotted filming last Friday as she stated she spent the day with Kelly. So it would appear filming has started on some level.