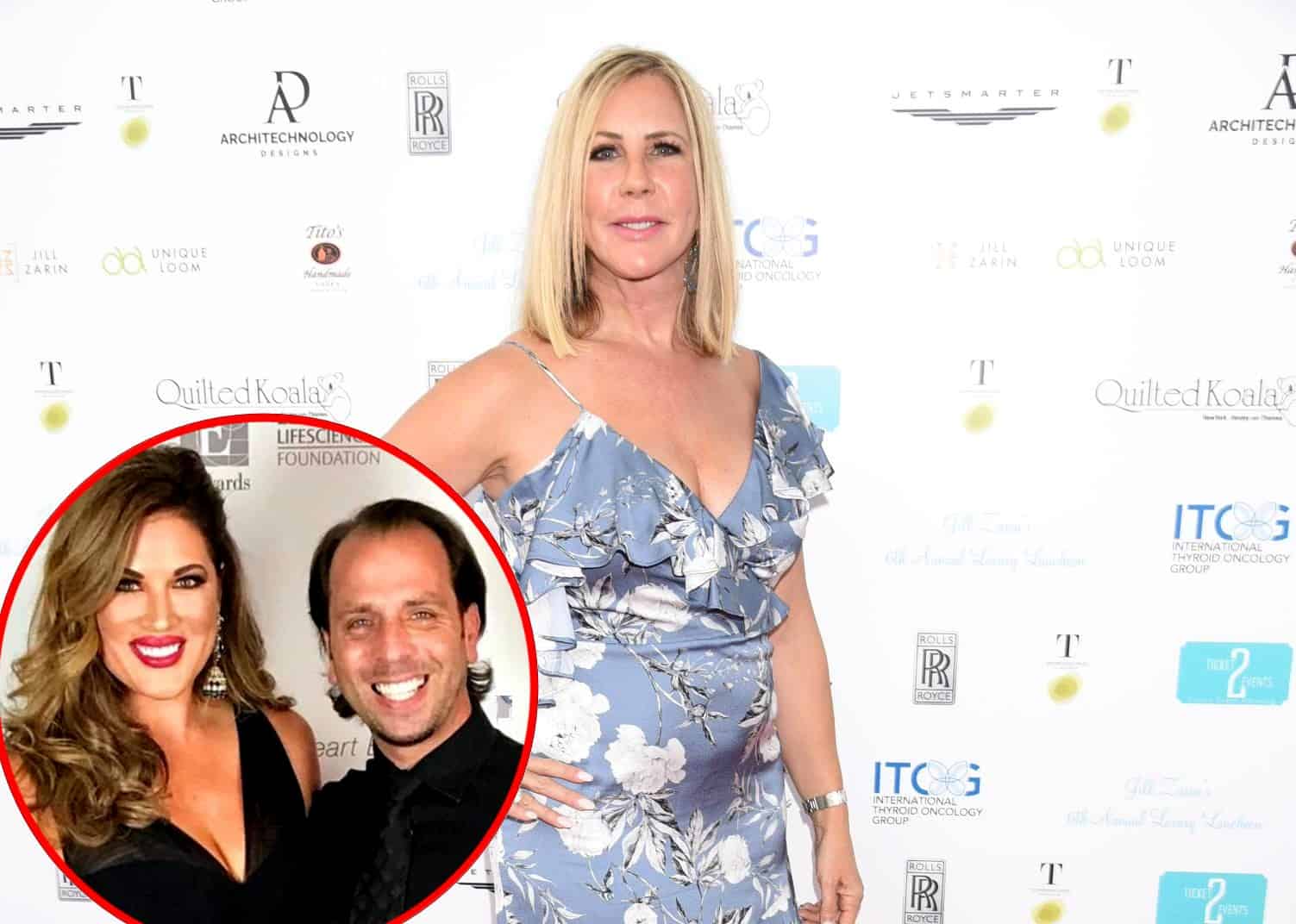 Amid Vicki and Emily’s Twitter feud over the weekend, during which Vicki slammed Emily as a liar for suggesting the “Tres Amigas” attempted to get her to turn against Kelly Dodd during Real Housewives of Orange County season 14, Vicki seemingly made a financial comparison between herself and Emily before prompting rumors of a potential spinoff on Instagram.

“Yep and I didn’t need to mooch [off] my in-laws,” Vicki wrote in a now-deleted post, according to a screenshot shared on Twitter. 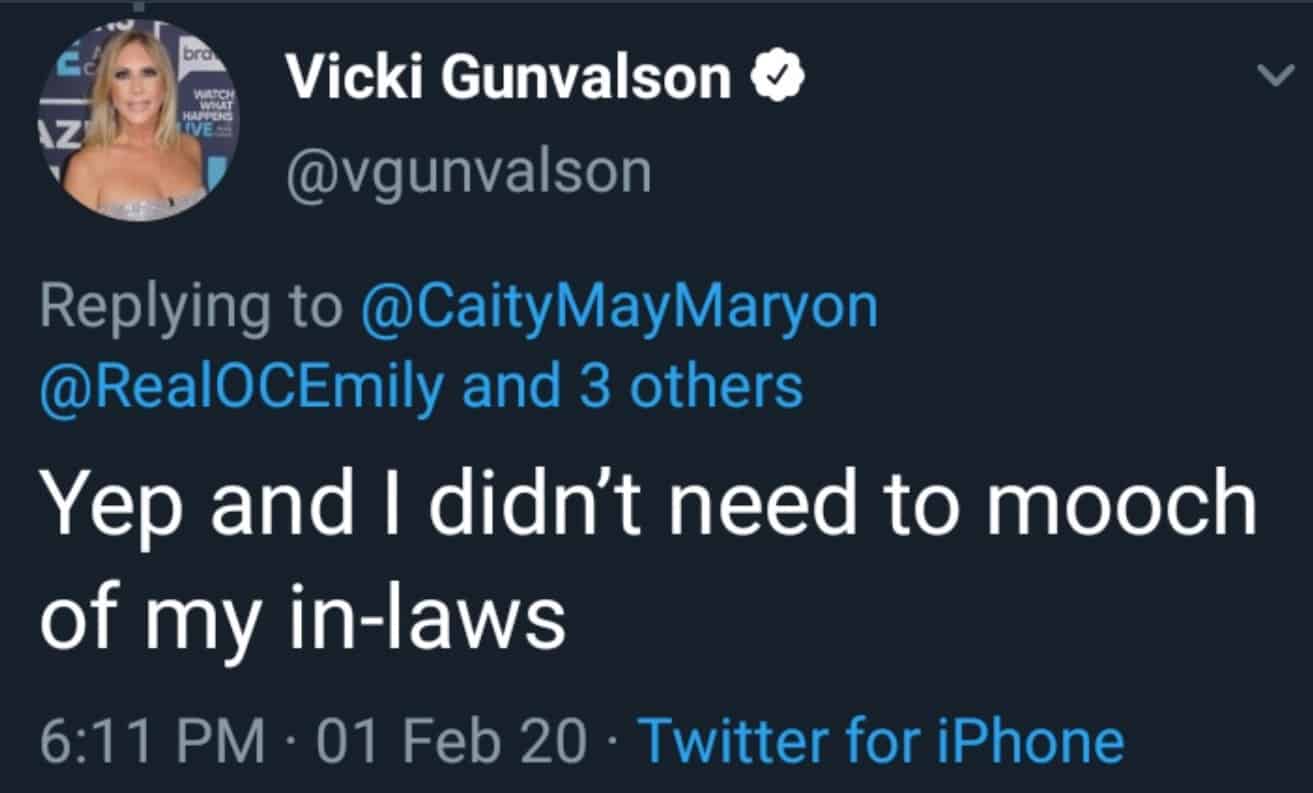 During Vicki’s weekend Twitter war with Emily, the ladies exchanged some harsh words as Vicki slammed Emily as an “idiot” for correcting her grammar, while Emily responded by telling Vicki: “You’re Fired.”

In other Vicki news, the former reality star, who announced her exit from the RHOC cast last month, sparked rumors of a potential spinoff series on Instagram on Saturday after she posted a quote from Law of Attraction Live.

“Don’t tell anyone what you’re doing until it’s done. Outside energy can throw off goals,” the quote read.

In the caption, Vicki told her online audience, “Silence is powerful.” 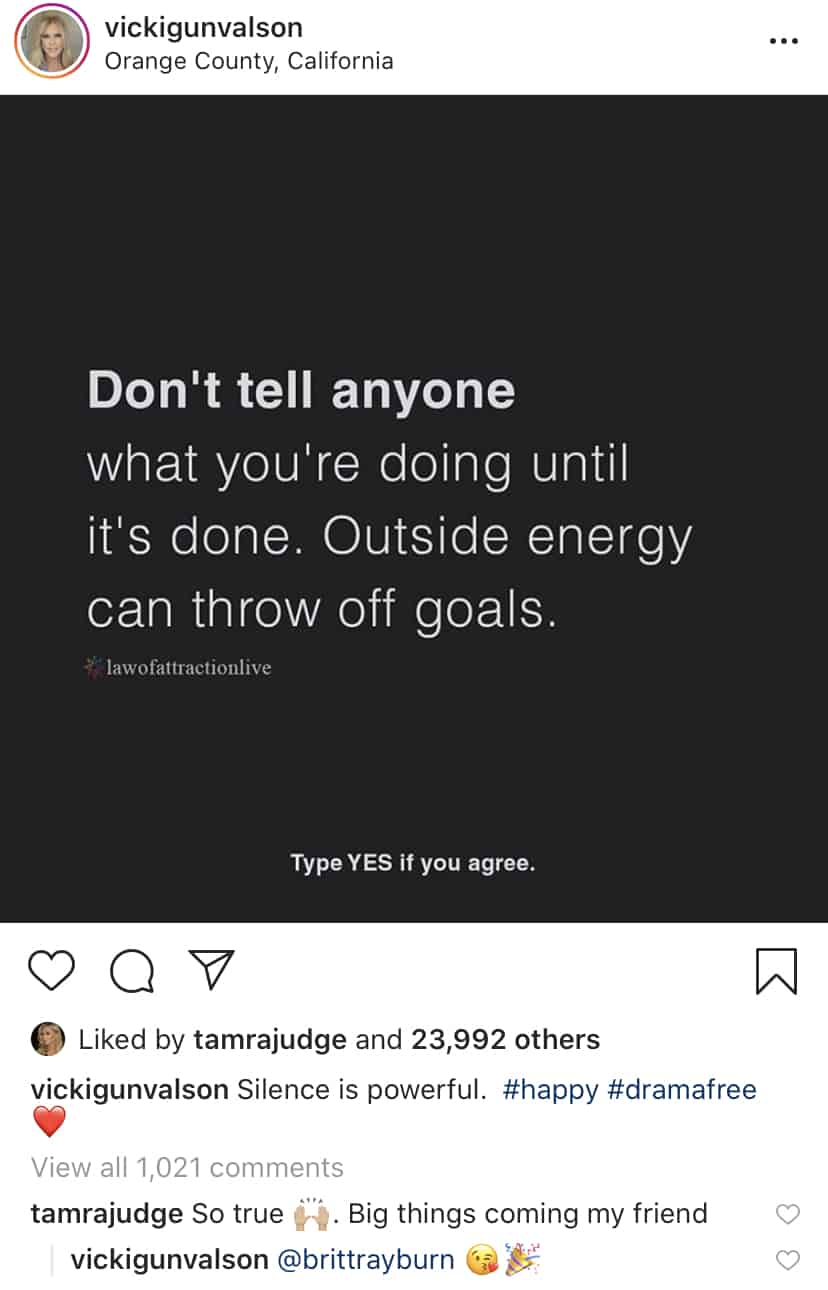 After fans witnessed the messages being sent between Vicki and Tamra, many commented about a potential “Tres Amigas” spinoff.

“We need a spinoff guys. PLS. I AM BEGGING,” one person wrote.

“Hoping for a spinoff,” added another.

In response, Vicki told Tamra she “can’t wait to whoop it up together” before sending a kissing emoji and party popper emoji to one of the fans. 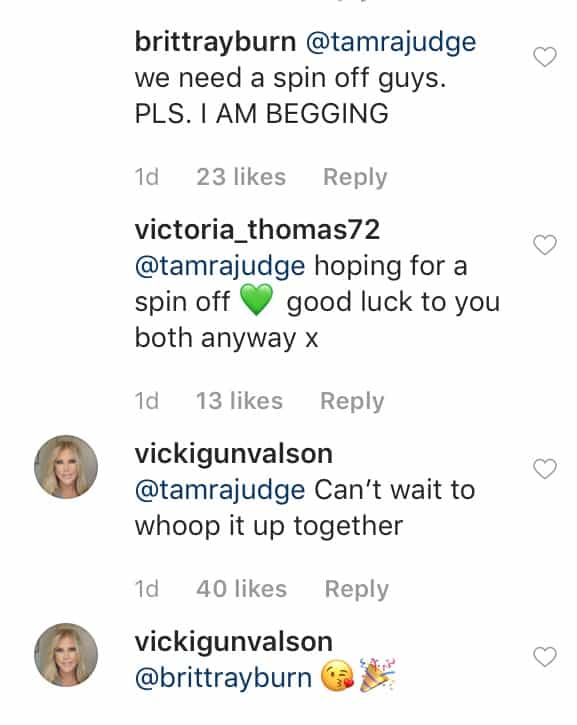 While chatting with other fans, Vicki hinted that her exit from RHOC came at the perfect time before telling a fan who said they want to see her and Tamra back on television to “stay tuned.” 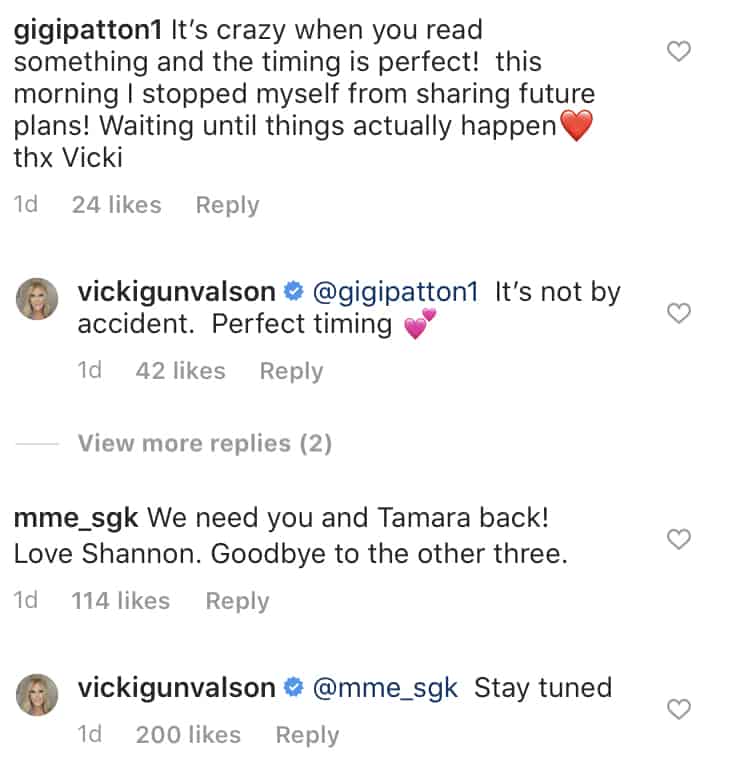 Following Vicki and Tamra’s announcements regarding their exits from RHOC, Us Weekly revealed that Emily, Kelly, Shannon Beador, Gina Kirschenheiter, and Braunwyn Windham-Burke had all been asked to return for the upcoming season.