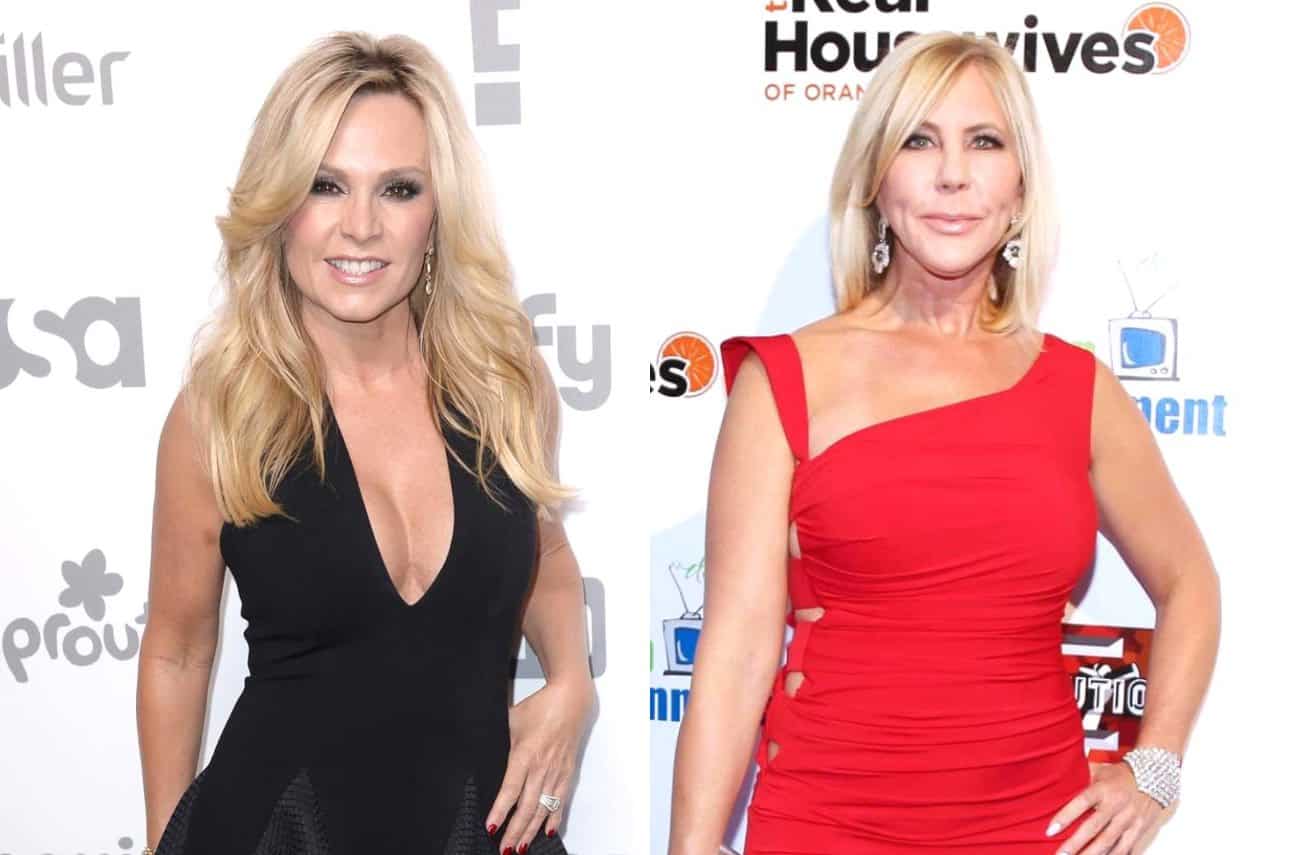 Vicki Gunvalson and Tamra Judge are setting the record straight about their Bravo contracts.

Following a report earlier this week that suggested both Vicki and Tamra were banned from appearing on television for one year due to their Real Housewives of Orange County contracts with the network, both women spoke out on Twitter.

“Lies,” Vicki tweeted after reading a headline about the report. 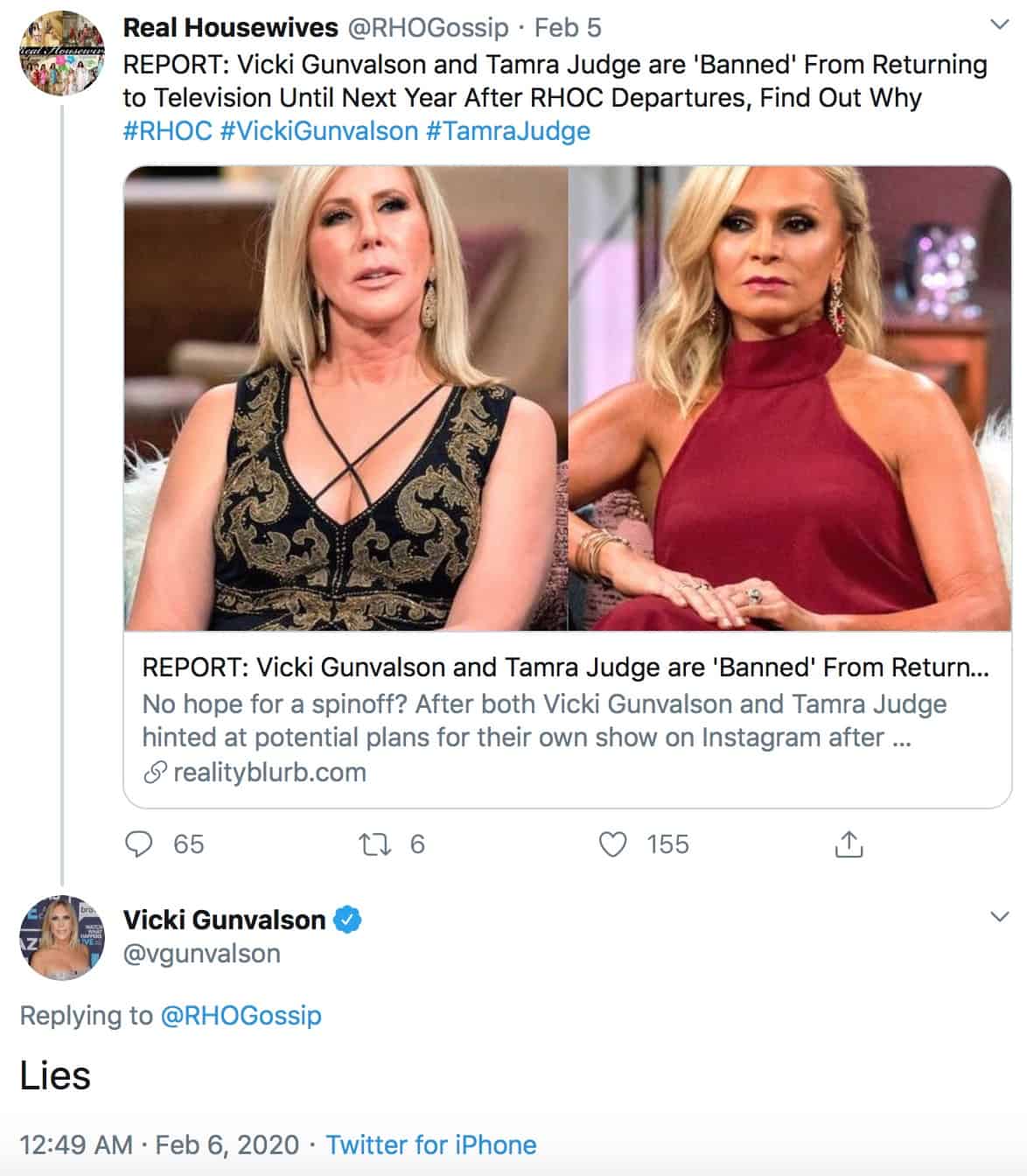 On Wednesday, a Radar Online source claimed Vicki and Tamra had a non-compete clause in their Bravo contracts and would need to get special permission before joining any other shows or embarking on a show of their own.

“Vicki and Tamra have a one-year non-compete clause in their contracts,” the source alleged. “They will have to get special permission to film any other television shows for the next year.”

Shortly before Vicki shared this tweet, Tamra weighed in.

“Total lie,” she said of the report. 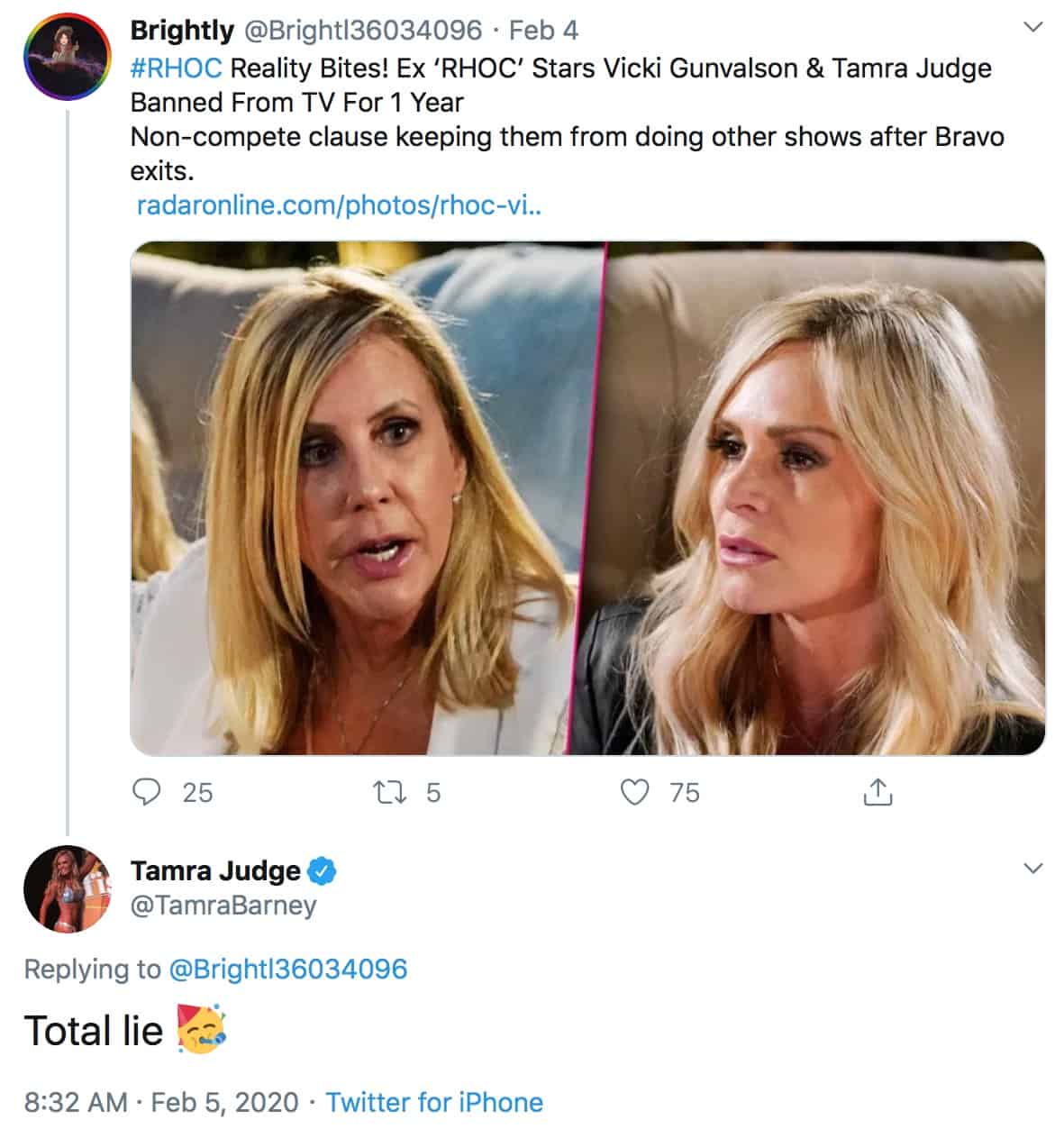 Vicki and Tamra both announced their exits from RHOC last month with posts to their fans and followers on Instagram. Since then, they’ve been hinting at a potential spinoff series with one another.

Just days ago, after Vicki spoke of something major happening in her future, she told her online audience to “stay tuned” after they suspected she was teasing a spinoff series. Then, moments later, Tamra fueled the rumor by agreeing that “big things” are coming.

Vicki also spoke of her future on Instagram on Thursday by sharing a meme that was later “liked” by Tamra.

“Look around you. Appreciate what you have. Nothing will be the same in a year. Amazing changes are coming your way. Trust the process,” the meme stated.

In the caption, Vicki added, “This is a great reminder to TRUST.”

This is a great reminder to TRUST. 🙏

While Kelly Dodd, Shannon Beador, Emily Simpson, Gina Kirschenheiter, and Braunwyn Windham-Burke are believed to be returning to the show with potential new cast member Elizabeth Vargas, Bravo has not yet confirmed any casting news for the upcoming season.