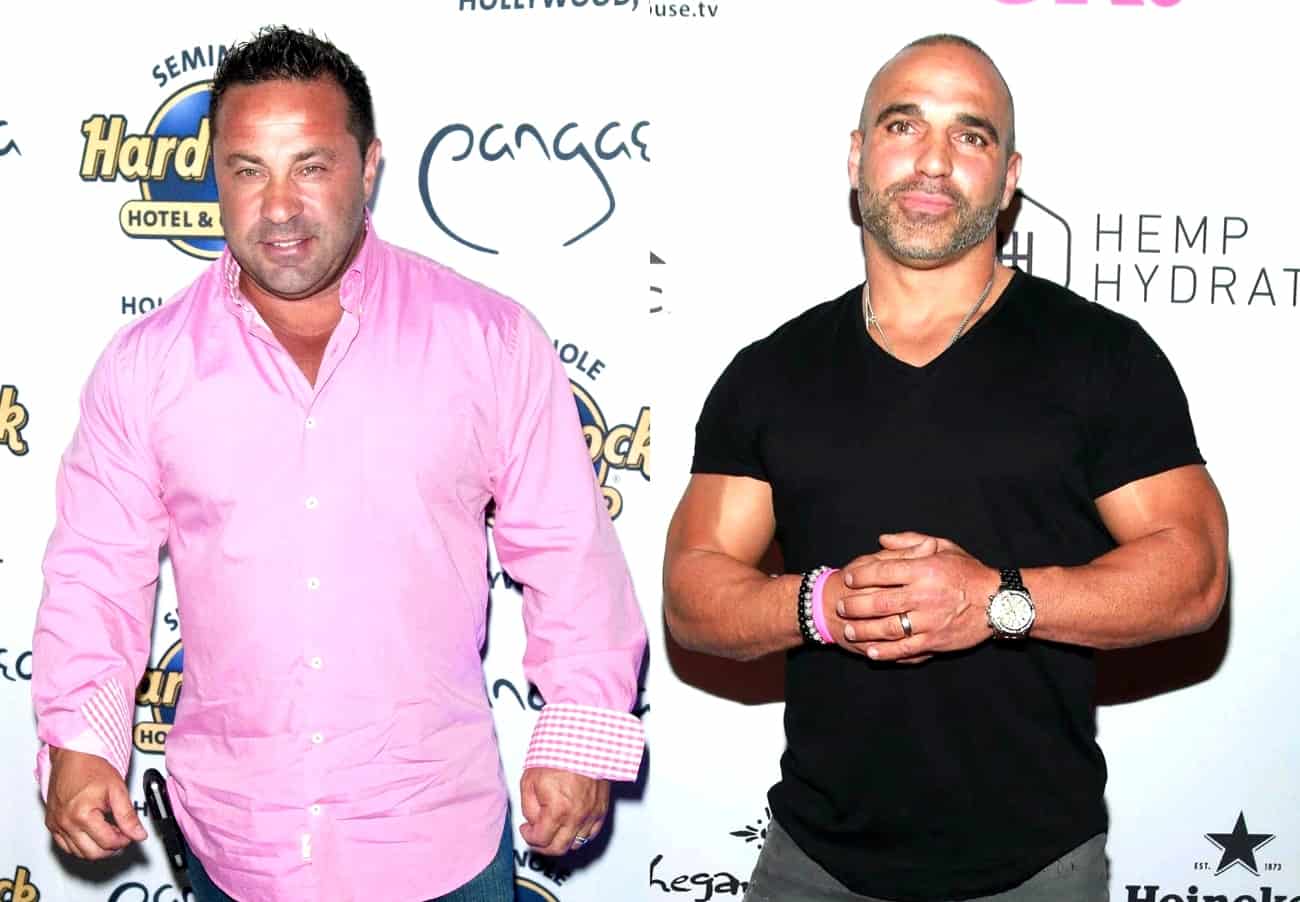 Joe Giudice seemingly reacted to comments made by his estranged wife Teresa Giudice‘s brother, Joe Gorga, on The Real Housewives of New Jersey with a quote on Instagram.

Before sharing an allegedly photoshopped image of himself taken on the beach in Mexico with what appeared to be a larger midsection than he’s had in recent months, Giudice appeared to offer a response to Gorga, who took aim at him during Wednesday’s new episode by suggesting he doesn’t know how to be a man.

“A real man has nothing to hide. He will tell you the truth about whatever you want to know. Because he knows that if he is 100% honest with you, you will trust no matter what. That’s the signs of a man that wants to grow with you,” read the message shared on Giudice’s Instagram Story on February 6. 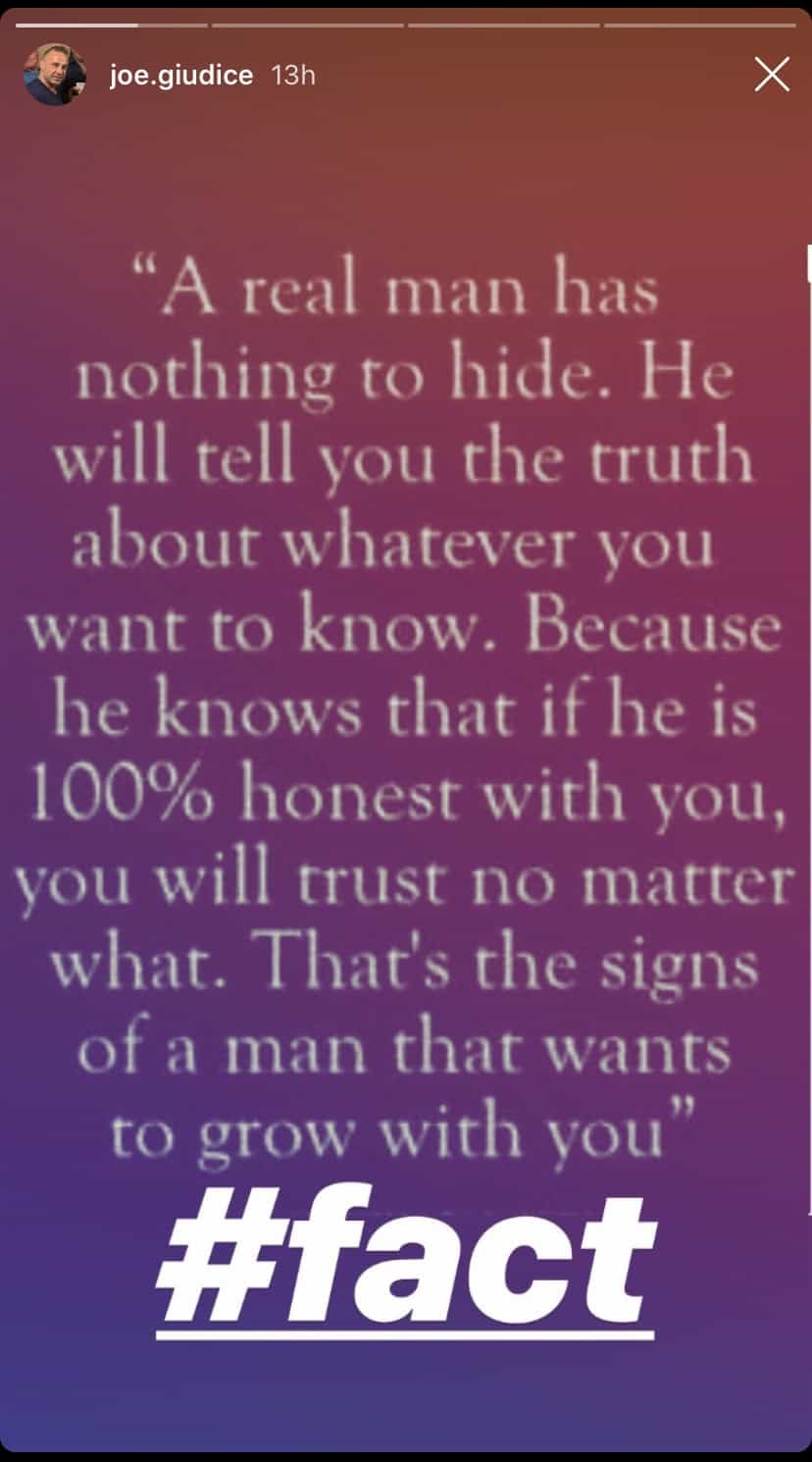 During Wednesday’s show, Gorga suggested that Giudice never treated Teresa in the way he should have.

“Joe is always going to be arrogant,” Gorga revealed in a cast confessional. “He’s rough. He’s tough. He doesn’t know how to open up and be a man. You what a man is? When he can look at you and say, I love you. You’re amazing. You’re beautiful. That’s a f**kng man.”

On the same show, Teresa admitted to her brother that her husband had told her he felt nothing for her and encouraged her to move on with her life.

In a second post on Instagram, which has since been deleted, Giudice shared a photo of himself being labeled as the “biggest housewives” star as he enjoyed time in Mexico and suggested it was an example of “when photo shop goes wrong.”

“What’s wrong with these pics?” he asked.

Giudice then hinted that the image was taken before his years-long stint in prison but it is unclear if that’s actually true. 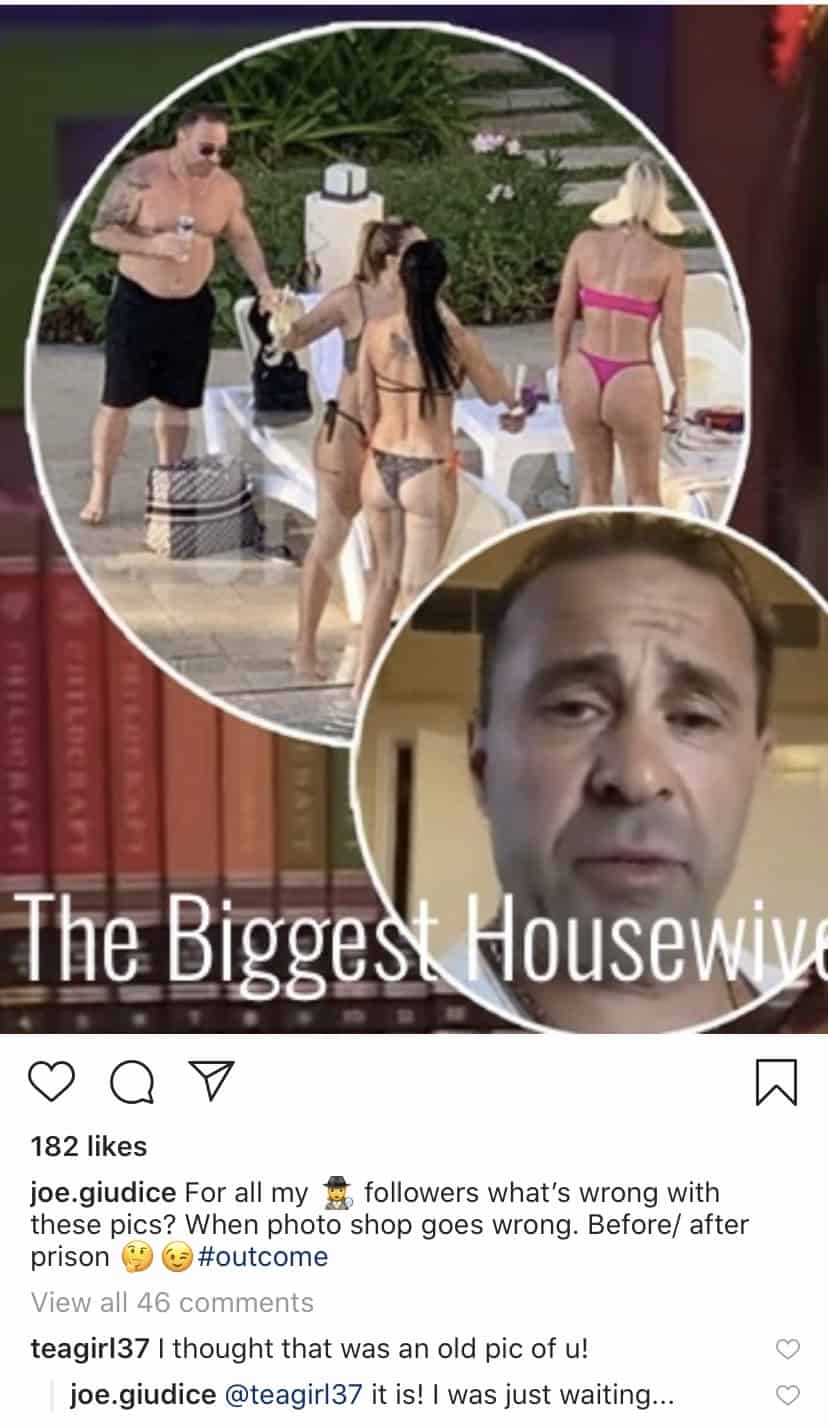