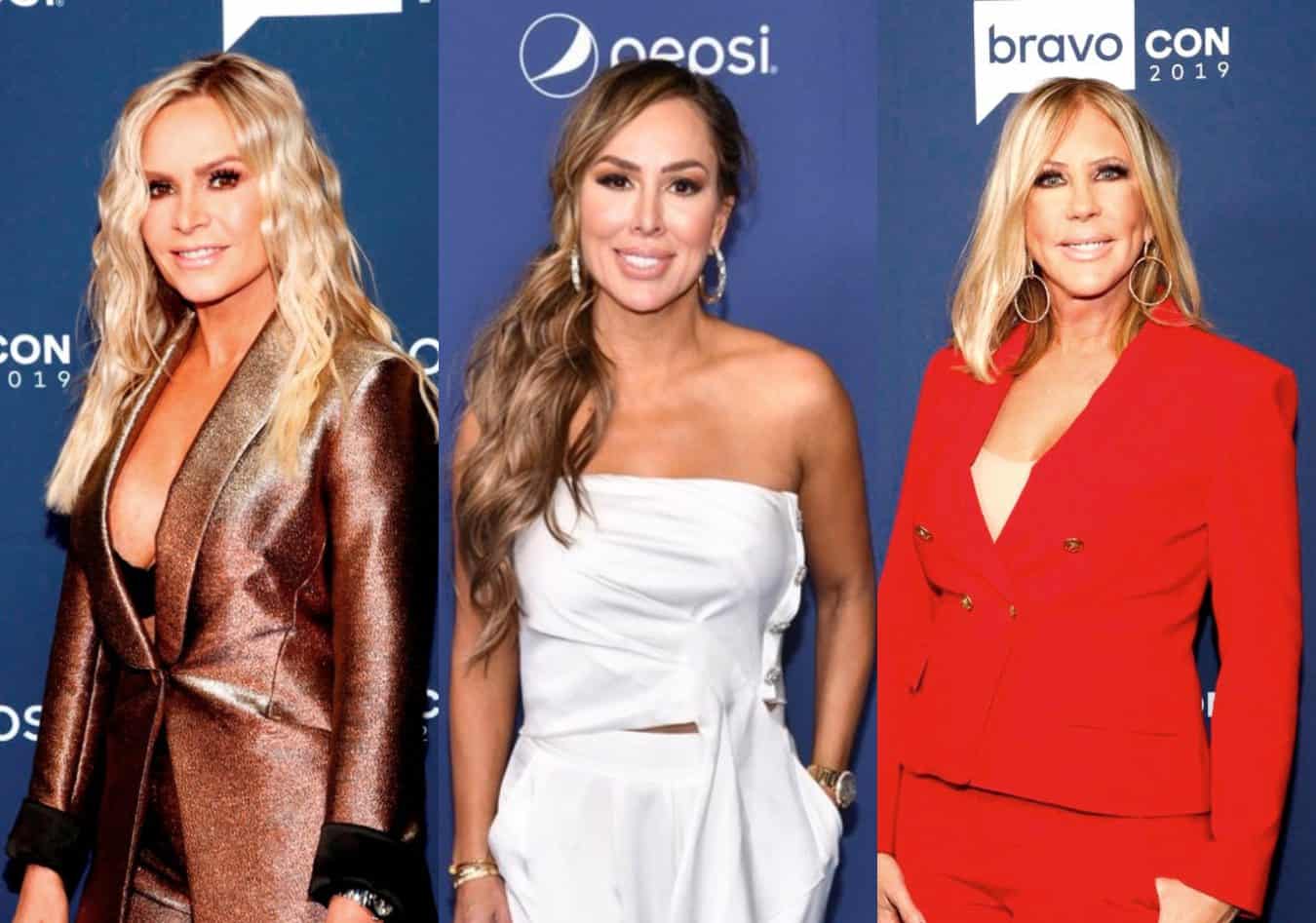 Tamra Judge and Kelly Dodd are speaking out about The Real Housewives of Orange County.

In a couple of different Instagram posts over the weekend, Tamra told a fan what Bravo would not film of her life as Kelly responded to another fan who wondered if she would prefer Tamra or Vicki Gunvalson return to the show for its upcoming 15th season.

“[You’re] beautiful! Looking  like a [businesswoman]..,” a fan wrote to Tamra after she shared a photo of herself tending to her Vena CBD company at her office.

“That’s the part of my life they wouldn’t film,” Tamra replied.

Meanwhile, in the comments section of one of Kelly’s recent photos, which featured the newly-engaged reality star spending time with friends in Arizona, a fan wanted to know which of her former on-screen nemeses she’d bring back if she had to bring back one.

“If one had to come back. Who would you pick. Vicki or Tamra?” the fan asked.

In response, after first saying she “can’t pick,” Kelly decided upon Vicki.

“What’s the lesser of two evils .. Vicki is the lesser,” she reasoned.

As RHOC fans well know, Vicki was the first castmember to confirm she would not be appearing on the 15th season of the show and did so at the end of last month on Instagram.

“I will always be the OG of the OC, but it’s time to say goodbye to The Real Housewives of Orange County,” Vicki announced. “It’s been an incredible ride for 14 years and I want thank all of you for your support, for your love and for “whooping it up” with me along the way.”

One day later, in similar style, Tamra revealed she too would be missing from the 15th season of RHOC.

“It’s been a wild 12 years . But it’s time for me to move on. Im sad to go but I’m very excited about my future . Love you guys,” she wrote in the caption of a photo of herself and husband Eddie Judge.

Following their announcements, Kelly told a fan on Instagram that each and every cast member is “expendable” and said she hoped the series would be more fun to watch now that Tamra and Vicki are both gone.