Home Real Housewives of Orange County News RHOC’s Kelly Dodd and Fiance Rick Slam Tamra Judge’s Claim About Her Ring as Kelly Calls Shannon a “Moron,” Plus Kelly Reveals She Has Made Amends With Vicki Gunvalson

RHOC’s Kelly Dodd and Fiance Rick Slam Tamra Judge’s Claim About Her Ring as Kelly Calls Shannon a “Moron,” Plus Kelly Reveals She Has Made Amends With Vicki Gunvalson 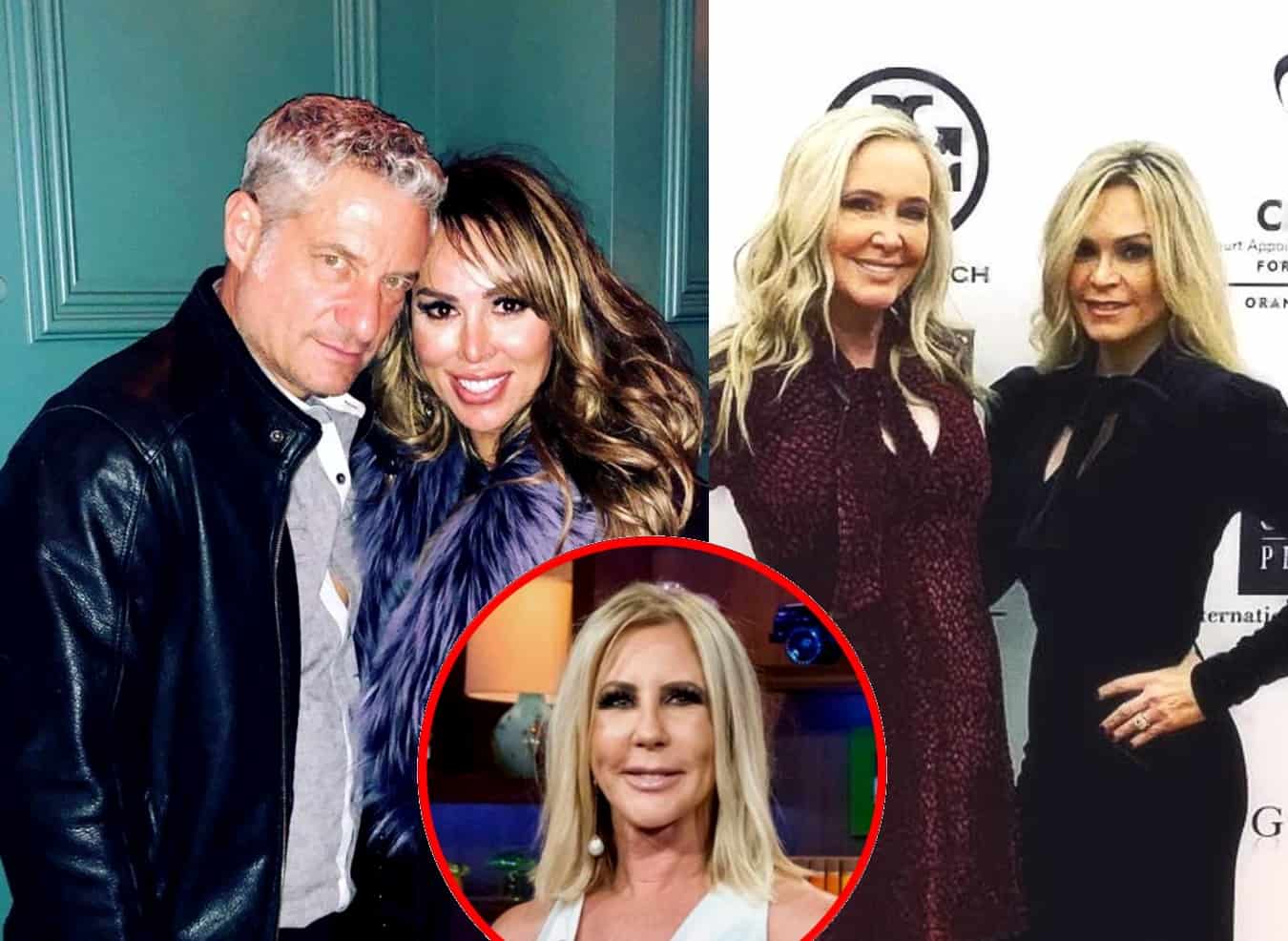 The Real Housewives of Orange County star Kelly Dodd and her fiance Rick Leventhal are firing back at Tamra Judge and Shannon Beador following a stunning claim they made about Kelly’s engagement ring.

Also, Kelly is sharing an unexpected update on her relationship with Vicki Gunvalson as she also dishes on her recent engagement and her potential move to the Big Apple.

During an interview at BravoCon last month, Tamra, who is currently facing a defamation lawsuit, alleged that the ring Rick gifted Kelly, during his proposal last month, was a used ring that she claimed was once owned by a woman named “Nicole.”

“By the way, Nicole wants her ring back,” Tamra stated to Entertainment Tonight in response to a question about Kelly’s recent engagement.

When asked who Nicole was, Tamra replied: “Nicole that used to own the ring.”

While Tamra failed to expound further on her claim, a fan tweeted to Kelly yesterday that Shannon had also made the same claim about her ring being allegedly used during a public appearance she did with Jeff Lewis on December 5. Shannon reportedly claimed the ring had been purchased from someone who had a failed engagement.

First, Kelly clapped back at Shannon in a now-deleted Dec. 6 tweet, writing: “WTH is wrong with Shannon? My fiance @Ricklevelthal bought my ring from Lana Neiman from the diamond district [in] NYC. You jealous moron!” 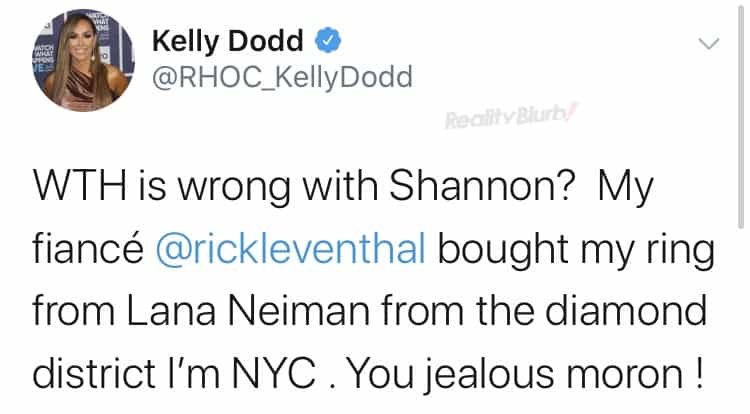 Kelly wasn’t done yet as she also reacted angrily when Tamra’s interview was tweeted to her.

“Are you that weak of a journalist? You don’t even attempt to find the truth? You should be fired for this. This is libelous and I demand a retraction #fakenews,” Kelly tweeted angrily even though the article was simply repeating what Tamra had alleged.

Are you that weak of a journalist ? You don’t even attempt to find the truth? You should be fired for this. This is libelous and I demand a retraction #fakenews @theinquisitr https://t.co/sOIvVeIoLz

Kelly’s fiance Rick, who usually keeps a lower profile, also took the time to respond to the claims made by Tamra and Shannon.

“You should be ashamed of yourself for promoting this BS. Ridiculous and 100% false. I have the proof if you’d bothered to ask,” Rick tweeted about the report. 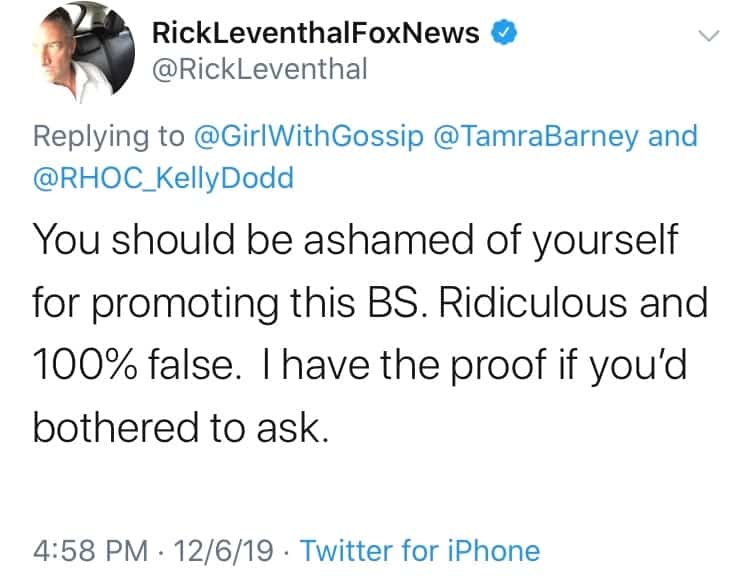 Shannon was also a part of the original defamation lawsuit which Jim Bellino, former RHOC star, filed against her and Tamra last year following an interview they did in which they made allegations about his business that Jim felt were defamatory. While Shannon was able to get herself dropped from the lawsuit, Tamra continues to fight the case in court.

And when it comes to Kelly’s status with Vicki these days, following their ugly feud, she dropped a bombshell when she revealed she had finally made amends with Vicki, despite the fact that Vicki filed and dropped a lawsuit against her just a month ago.

“I’m in a good place with Vicki right now for the reunion,” Kelly revealed to E! News on December 5.

Kelly, who is planning a 2020 wedding, also confirmed she will be moving to New York to live with her future husband, before adding that she wouldn’t mind joining the cast of The Real Housewives of New York City.