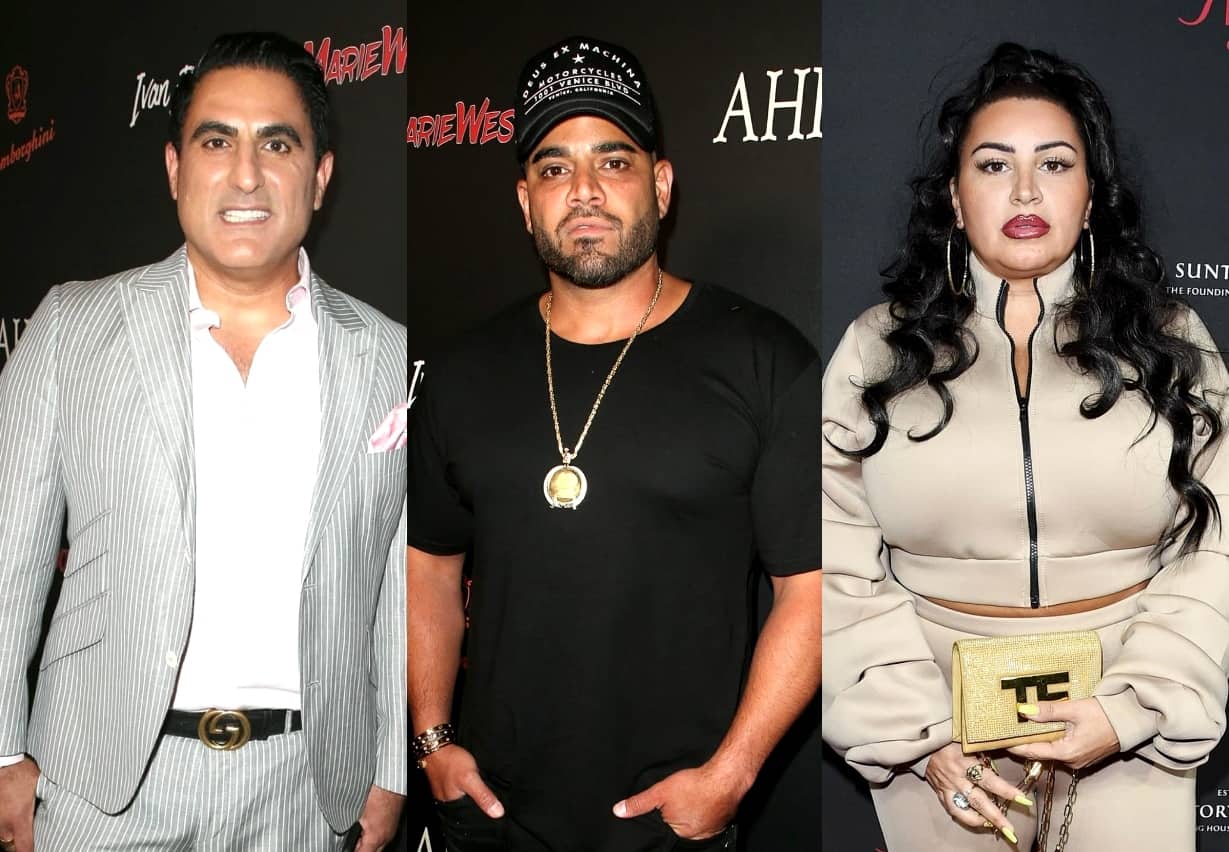 Is trouble brewing between Reza Farahan and Mike Shouhed?

After Reza’s ongoing drama with Mercedes “MJ” Javid continued to be a hot topic during Sunday night’s episode of Shahs of Sunset, Mike shared a post in which MJ was presumed innocent in the drama surrounding inappropriate text messages sent by Reza’s husband, Adam Neely, and was quickly called out by Reza.

In Mike’s post, a person on Instagram was seen reacting to a post shared by Reza in regard to Sunday’s show. The person suggested that it was Destiney Rose who prompted the drama between Reza and Adam, and Reza and his co-stars, and they stated that MJ couldn’t have masterminded the issue from bedrest.

“Wait, did Destiney just say she has never spoken to me about this but also said to ask Merce, because ‘she knows’??? Des got scared and lied and lied and lied,” Mike wrote in a caption as he re-shared the post. 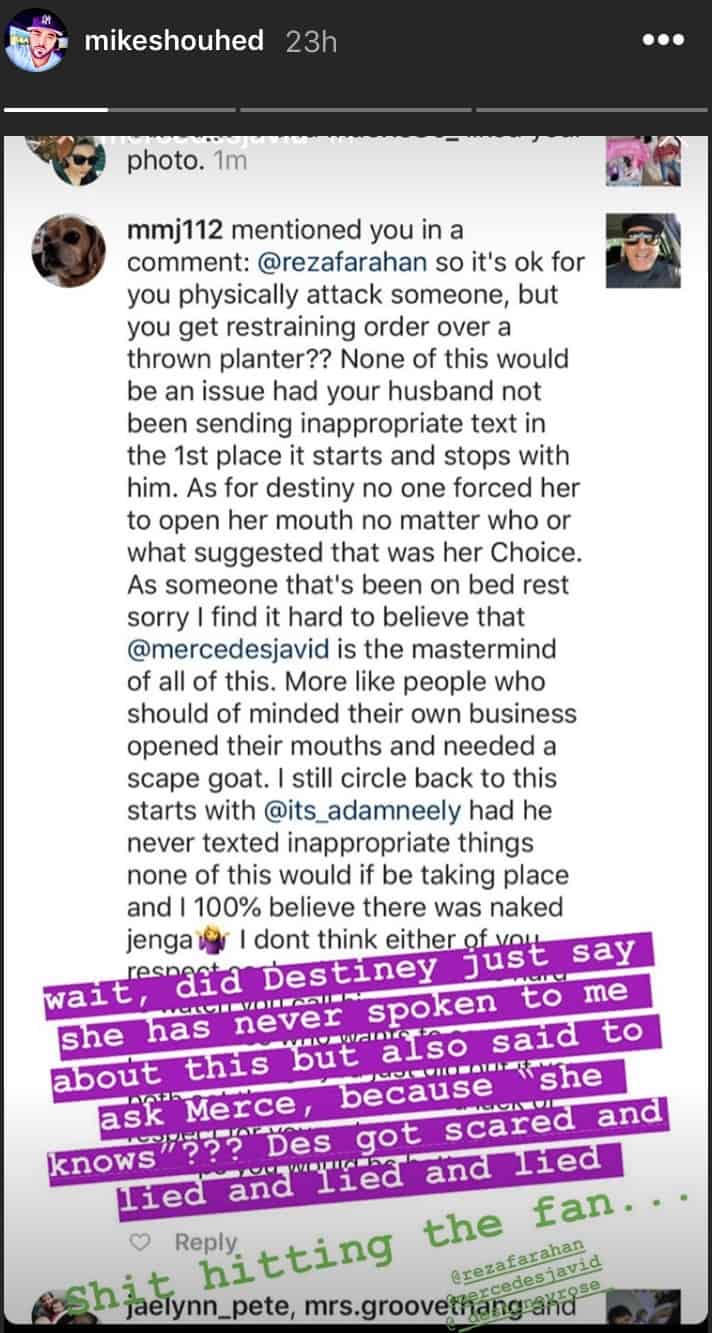 After seeing Mike’s post, Reza shared a screenshot of his comment and added a message of his own.

“It’s super heartwarming to see Mike ride for MJ now!” he wrote. “Wonder why he didn’t go to see her in the hospital? At least my excuse [was] the knife in my back! Right [Golnesa ‘GG’ Gharachedaghi] and [Destiney].”

During Sunday’s show, Reza engaged in a tense conversation with Ali Ashouri, who claimed MJ had informed him that he and Adam weren’t happy in their marriage and allegedly encouraged him to confront Reza about Adam’s supposed sexual harassment. Then, during another scene, GG was seen confronting Destiney about conversations she may have had with MJ in regard to Ali’s claims about Adam.

Although MJ was coping with a near-death experience in the hospital after welcoming son Shams Francis at the time the drama was going down, many of her co-stars accused her of going behind Reza’s back and sharing private information with Ali.

While MJ didn’t directly address the drama between Reza and Mike on her page, she did fuel the ongoing issues between herself and Reza by sharing a post on her page about his supposedly “toxic marriage” to Adam.

“I used to love Reza… but he done lost his damn mind calling [MJ] with some bullsh*t. His toxic marriage is not anyone else’s fault!” her message, which was written by a fan page, read. 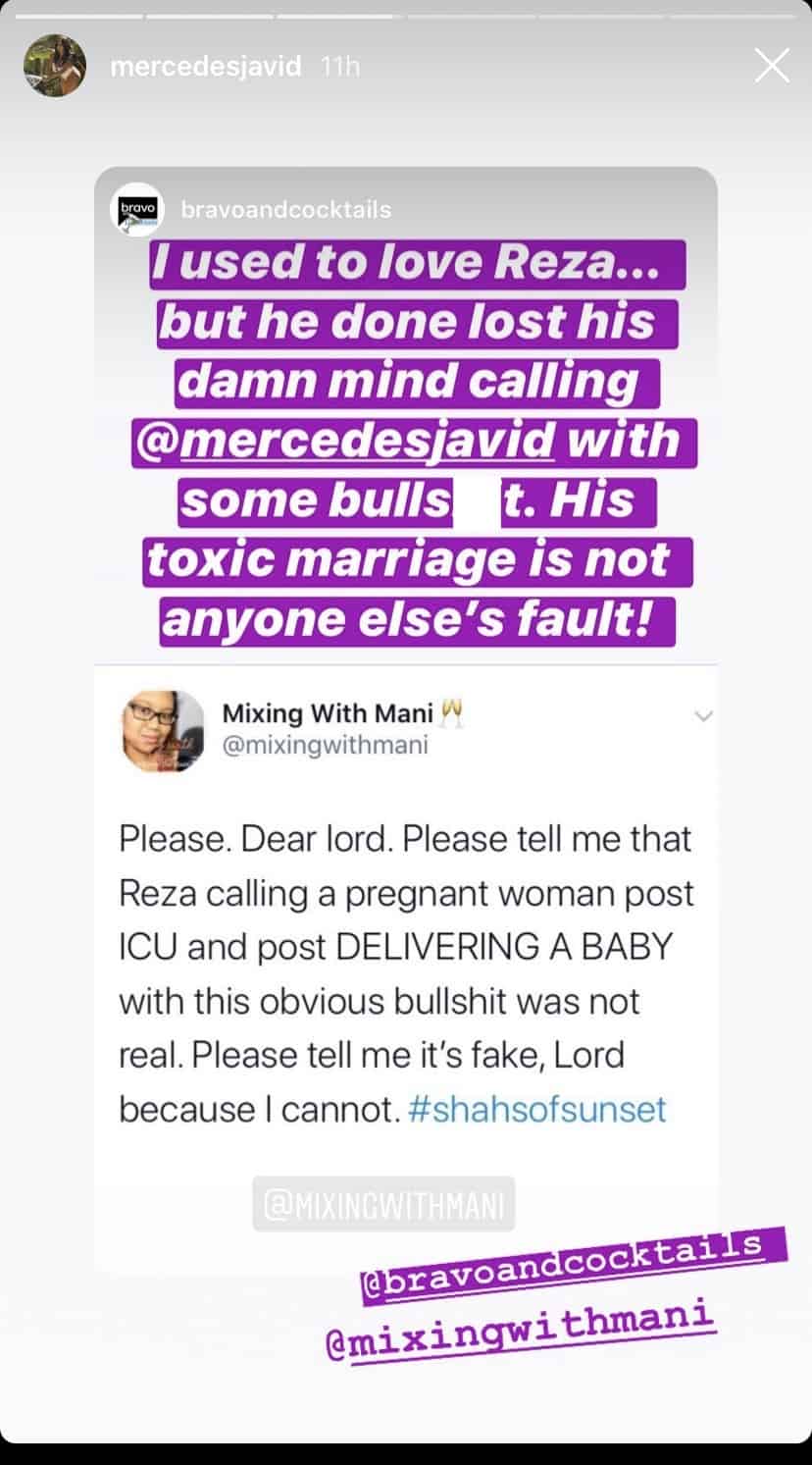