Home Vanderpump Rules Vanderpump Rules’ Tom Sandoval Reacts After Jax Taylor Says He Regrets Having Him as a Best Man in His Wedding, Talks Opening a New Bar With Tom Schwartz

Vanderpump Rules’ Tom Sandoval Reacts After Jax Taylor Says He Regrets Having Him as a Best Man in His Wedding, Talks Opening a New Bar With Tom Schwartz 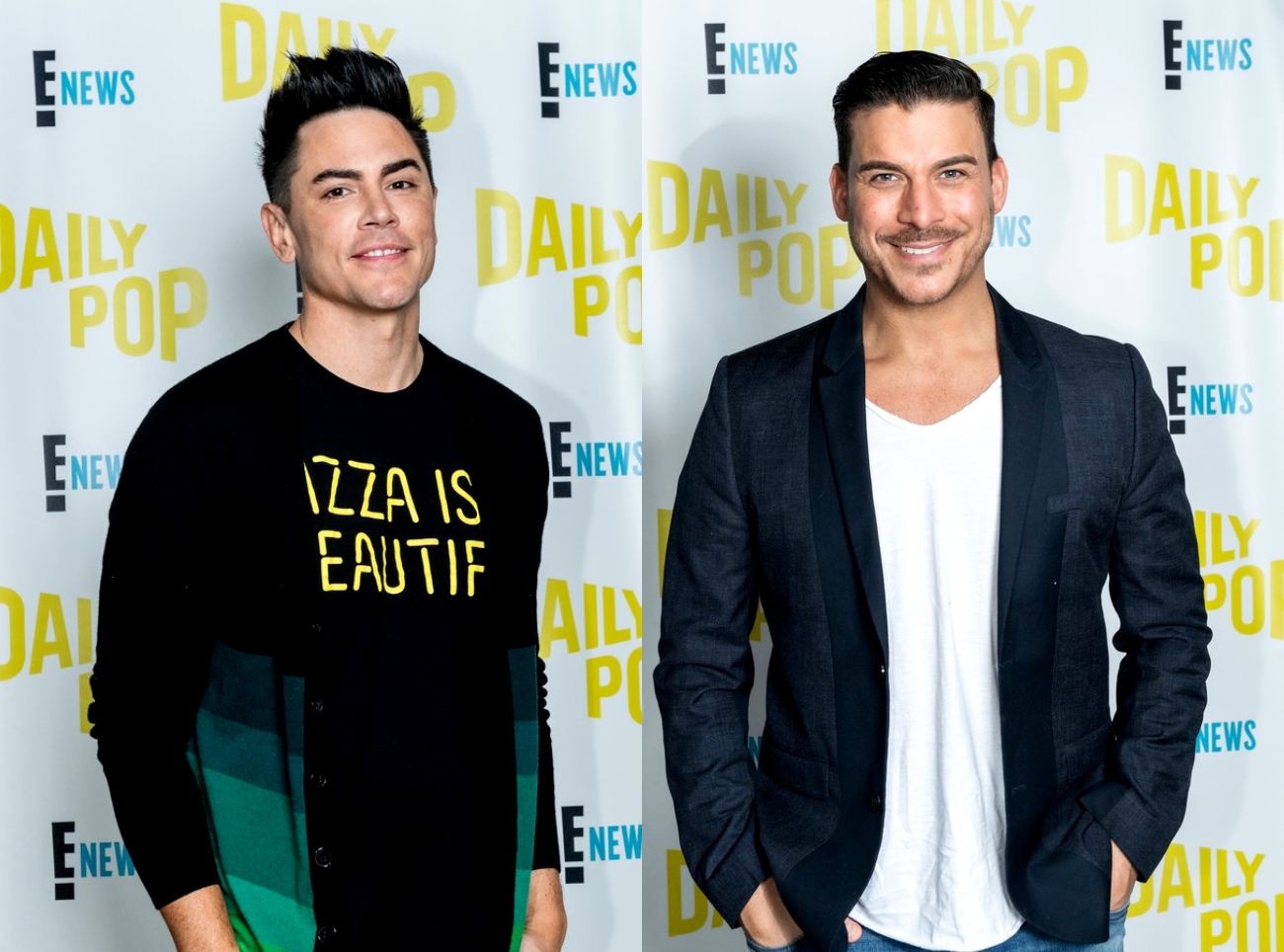 Tom Sandoval was really hurt to learn that Jax Taylor said he regrets having him as his best man in his June 2019 wedding to Brittany Cartwright.

In a couple of new interviews, the Vanderpump Rules star reacted to his strained relationship with Jax, who has slammed his relationship with Ariana Madix on a number of occasions in recent weeks, and opened up about his plans to open a new bar with his TomTom business partner and co-star, Tom Schwartz.

“That’s really sad, and it hurts my feelings for [Jax] to say that,” Sandoval admitted to Us Weekly. “There’s still a lot of the season. You’re going to see how that all goes down.”

“Jax holds me at different standards than other people but yeah, it’s been tough,” he added.

Earlier this month, Jax told Entertainment Tonight that he regretted backtracking on his decision to demote Sandoval from his best man position and wishes he would have instead allowed Sandoval to attend the wedding only as a guest.

“I felt I was a little bit bullied into bringing him back in. … It didn’t make sense for him to be standing next to me,” Jax said at the time.

While Sandoval was upset by Jax’s comments, he also felt that Jax expected more from him than what he delivered for Schwartz while serving as his best man in August 2016.

“I didn’t see Jax really do much of anything for [Tom] Schwartz’s wedding. But for some reason, he expects everybody else to move mountains for him and his wedding and, like, be available on call at any time of the day, any hour of the night. … I do the best I can, and I think I made up for it in the wedding, as you’ll see. But yeah, it’s sad,” Sandoval explained.

Also sad is the fact that Jax has made a habit of speaking ill of Sandoval’s relationship with Ariana, including recently referring to them as “glorified roommates.”

“I’ve seen Jax a lot in [the] press just, like, relentlessly talking negatively about me and Ariana and our relationship and, you know, the authenticity of it and our love for each other,” Sandoval said. “Like, it’s crazy to me.”

In other Pump Rules news, Sandoval and Schwartz confirmed plans to open a new bar with one another while appearing at The Pool After Dark at Harrah’s Resort in Atlantic City, New Jersey over the weekend.

“It’s going to be really seedy,” Sandoval joked. “It’s going to have lots of violations and claims, lawsuits and nothing above a C grading.”

As fans well know, Sandoval and Schwartz have seen tons of success with their first business venture, TomTom, since its summer 2018 opening. Schwartz also revealed why he and Sandoval work so well with one another.

“We’ve always been pretty civil,” he explained. “We have our disagreements but we sit down and we talk about it. Sometimes we’ll huff and puff and it can be a little melodramatic but that lasts a matter of hours.”