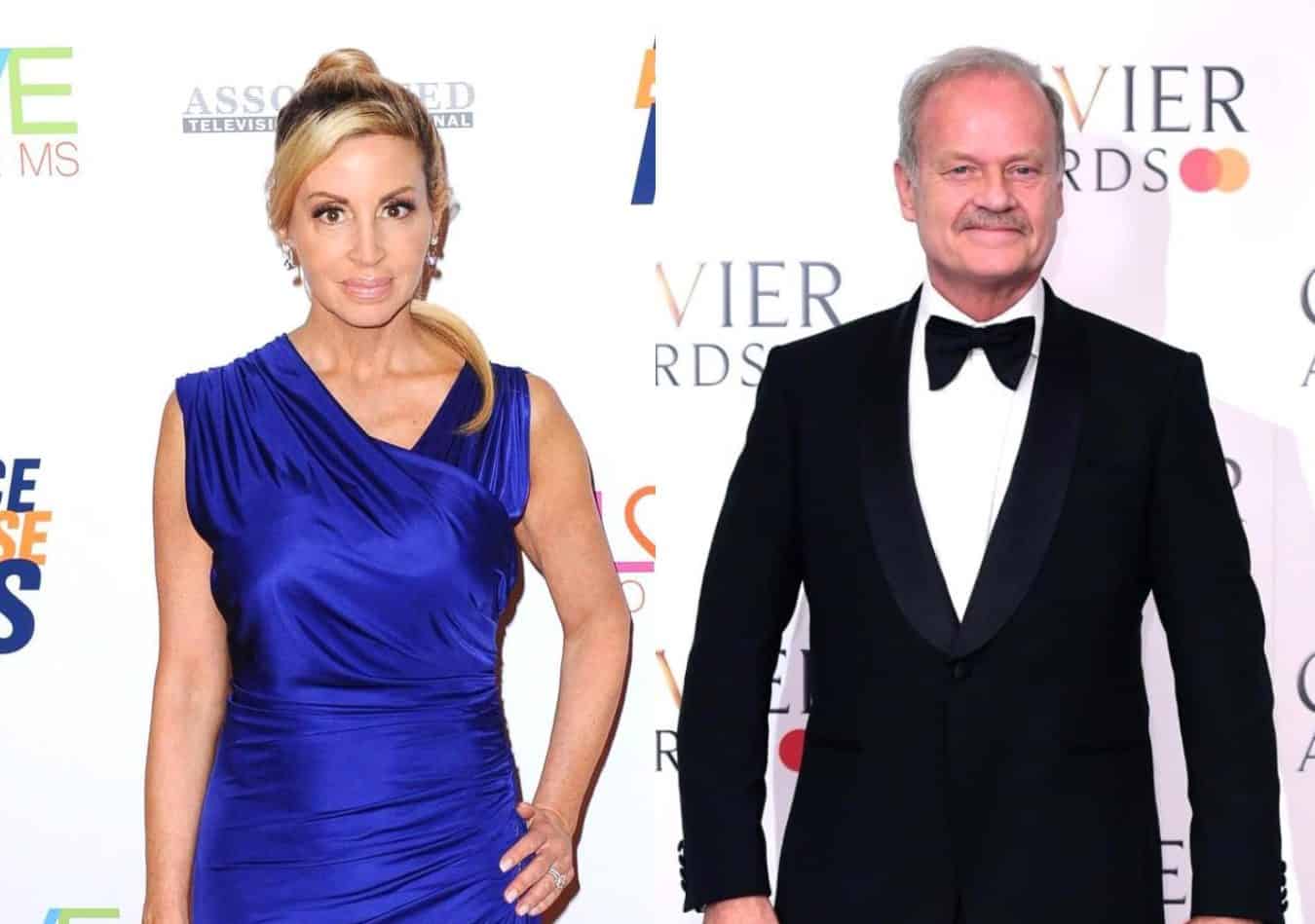 UPDATE: Camille has denied she was talking about Kelsey in her Tweets, stating that he has always paid his child support.

It’s about any father that doesn’t uphold his obligation to his children. If he can’t afforded pay child support that is another issue. My ex has paid his child support.

Camille Grammer took to Twitter on Monday night and fans are suspecting she is accusing her ex-husband, Kelsey Grammer, of trying to get out of his child support responsibilities.

Nearly a decade after their messy split, the Real Housewives of Beverly Hills star posted a shady tweet in which she applauded “great fathers” before appearing to slam Kelsey for not wanting to pay child support and potentially accusing him of going “above and beyond” to avoid doing so.

“It’s good to know that there are great fathers unlike those who decide that they don’t want to pay child support and go above and beyond to find ways not to do so. #manipulate,” Camille tweeted on February 24.

Camille and Kelsey share two children, including 18-year-old daughter Mason and 15-year-old son Jude, and while Camille did receive a reported $30 million settlement after their split, she is still eligible to collect child support for their minor son.

Camille, who never mentioned Kelsey by name, also”liked” a post shared by a fan who spoke of a “dead beat dad” who was more concerned with looking like a good father than being one.

“I hear that. My ex wanted to show off his daughter like a puppy at a dog park but did nothing else. Imagine if you had to live day by day with a dead beat dad with no other help. Very frustrating,” the fan wrote. 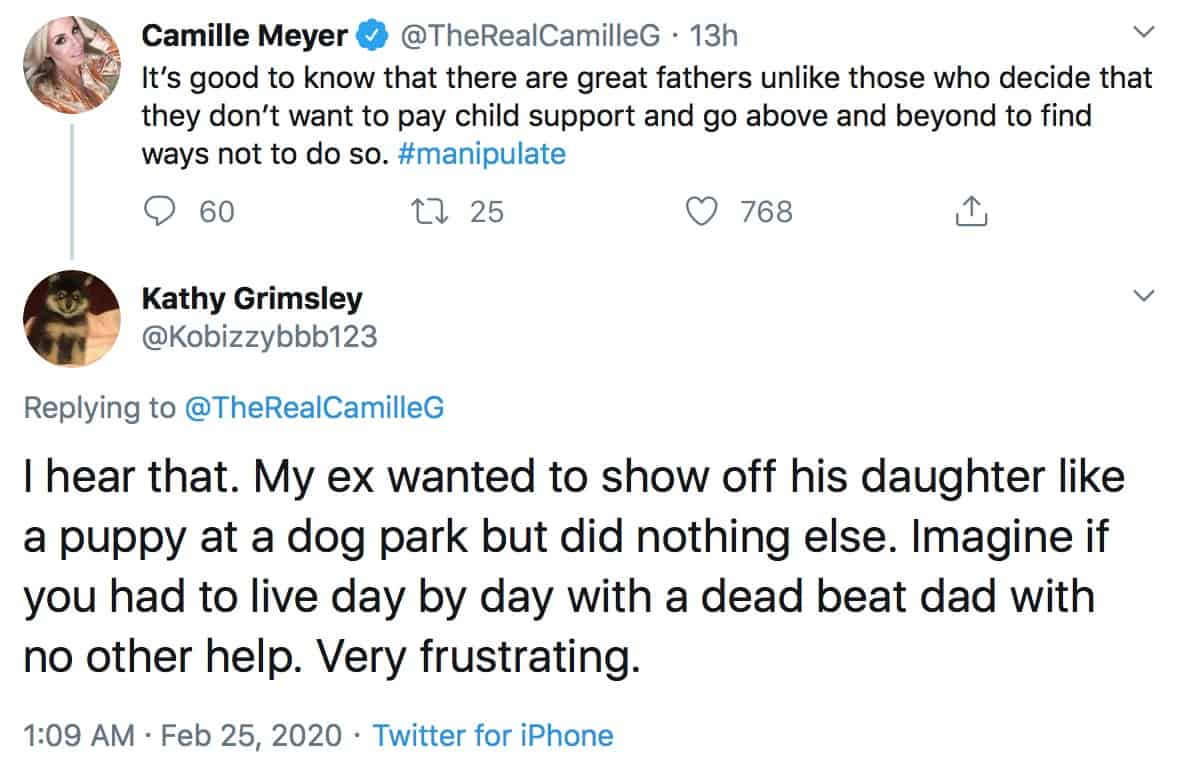 Camille and Kelsey have been at odds ever since their breakup and recently exchanged jabs after Kelsey appeared on In Depth With Graham Bensinger.

“Honestly, I don’t really talk about [Camille] very much because so much of her life is spent talking about me,” he explained on the show, adding that Camille’s antics against him are “sort of pathetic.”

Kelsey then accused Camille of demanding a divorce on the day of his mother’s funeral.

In response to the allegations, Camille denied Kelsey’s claims and suggested Kelsey relapsed on the day of his mother’s funeral.

“He was on the program and got wasted with his old drinking buddies,” Camille wrote on Twitter. “Later that day of her funeral and into the evening he was drinking heavily with his friends. I was very concerned about him being ‘off the wagon’ and asked to slow it down or I’ll call The Betty Ford Center.”