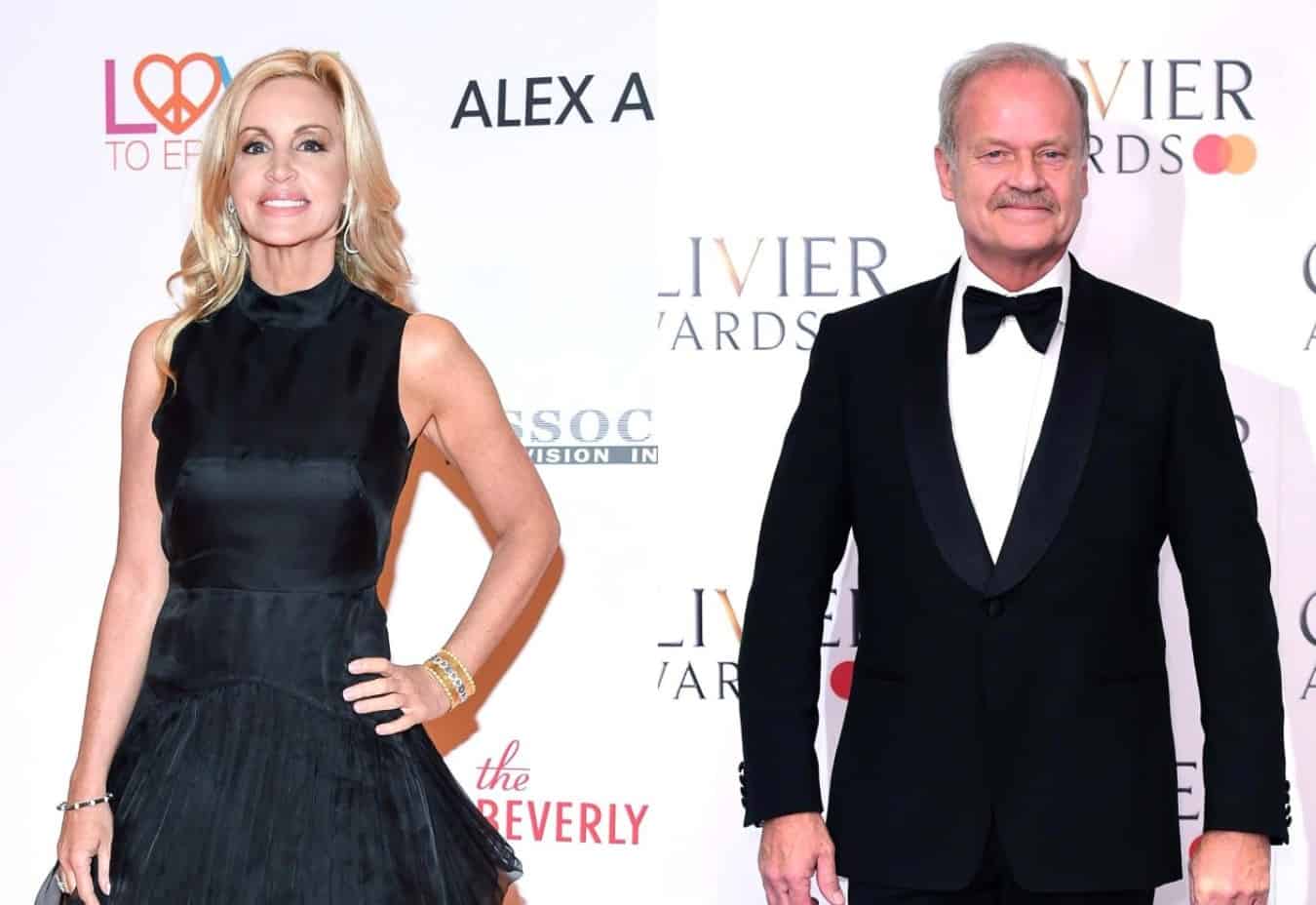 Kelsey Grammer opened up about his strained marriage to Camille Grammer during an interview with Graham Bensinger this month.

Just weeks after the Real Housewives of Beverly Hills star celebrated her one-year wedding anniversary with husband David C. Meyer, Kelsey put his former spouse on blast, claiming she has spent “much of her life” talking about him and accusing her of blowing up on him on the day of his mother’s funeral.

“Honestly, I don’t really talk about [Camille] very much because so much of her life is spent talking about me,” he explained on In Depth With Graham Bensinger, adding that he finds Camille’s antics to be “sort of pathetic.”

Camille and Kelsey were married from 1997 until 2011 and share two kids, 18-year-old daughter Mason and 15-year-old son Jude.

While Kelsey was blasted in the press at the time of his and Camille’s split due to the fact that he impregnated his now-wife Kayte Walsh before his divorce from Camille was finalized, he told Graham that the end of his marriage to Camille was a long time coming. In fact, he claimed Camille had been threatening him with divorce for eight years before they actually called it quits.

As for the straw that broke the camel’s back, Kelsey went back to the moment when he realized that he would not be staying married to the reality star.

“One day, after I had my heart attack… A month after I had a heartache, my mother died,” Kelsey recalled. “It’s 12 years ago now. The day of my mother’s funeral, my third wife basically had an explosion about something and started to tell me, ‘I’m out of this,’ ‘I’m out of here,’ again, ‘I want a divorce,’ which we’d had the same conversation for eight years, and it was tiresome.”

“I realized at that moment that I was done with her… that I was not going to end up in this relationship for much longer and somewhere under a year, I was done,” he explained.

Last year, after Kelsey spoke openly about his “amazing” fourth wife, Kayte, Camille said on Twitter that while she wasn’t upset that Kelsey found happiness with someone else, she was disappointed by how he’s seemingly erased their marriage from his memory.

“I don’t begrudge his happiness. What’s unnerving is that fact I was there to help him get through some of his hardships and supported his career and his sobriety. I was [right] by his side and he acts like I never existed that’s disappointing,” she explained.