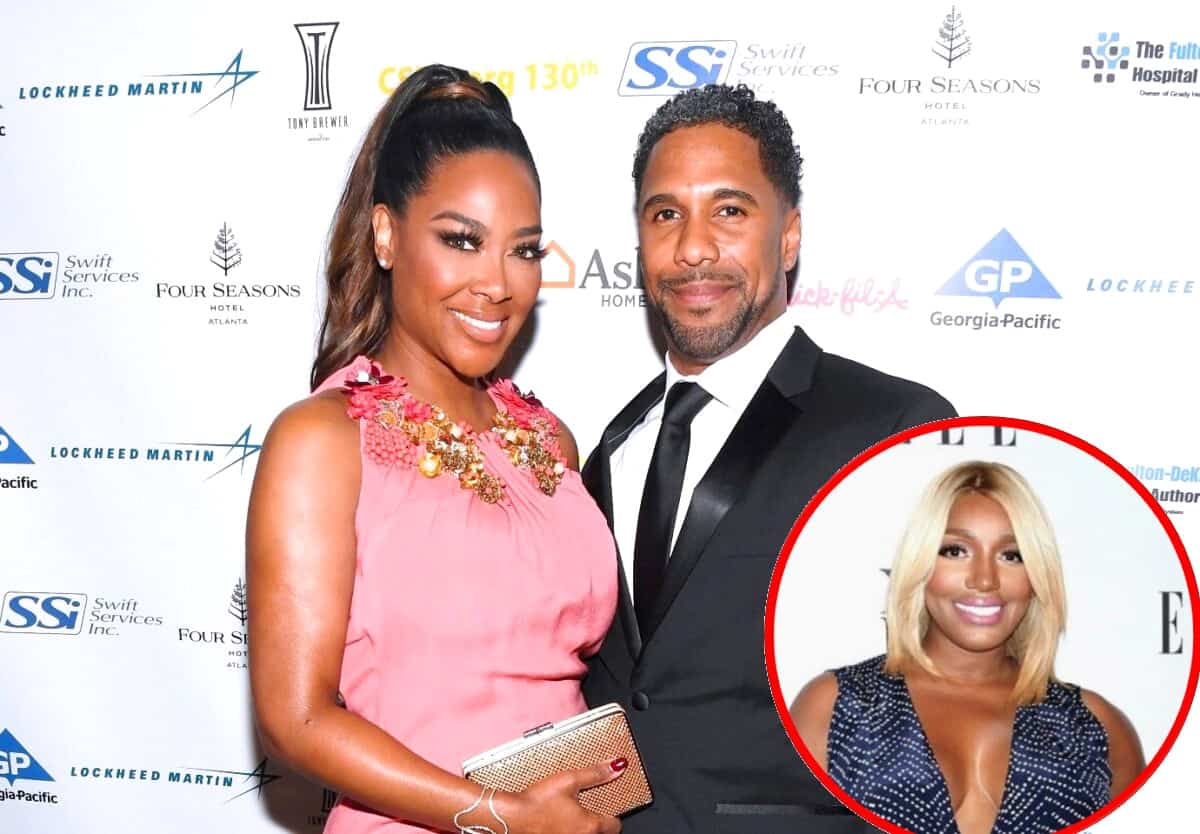 Kenya Moore is fighting back after her now-estranged husband, Marc Daly, was seen taking the side of her on-screen nemesis, Nene Leakes, over hers on Sunday night’s episode of The Real Housewives of Atlanta.

During an interview with producers on the Real Housewives of Atlanta: After Show, Kenya reacted to Marc’s comments and slammed him for kissing Nene’s butt all while ignoring the fact that Nene had taken aim at her on numerous occasions over the past several seasons.

“I had a problem with the fact that he’s always kissing Nene’s a** from meeting her once or twice and she introduced Gregg to him. So somehow that made him feel so good and so important that he is riding for her,” Kenya explained.

She continued, “And I’m like, ‘But what about me? I’m your wife. You need to ride for me. If someone mistreats me, they mistreat you. We are a family. We are one.  And so I don’t understand why if I’m constantly telling you this woman is evil to me, she’s talked about our unborn child, she has said and done nasty things, why do you like her?'”

Earlier this season, Marc had mentioned that one of the reasons he liked Nene so much was because upon their first meeting, Nene immediately introduced him to her husband Gregg Leakes, something Marc found to be a sign of respect. And on Sunday’s episode, despite Kenya’s hesitance, Marc insisted on inviting both Nene and Gregg to attend one of his events and was unconcerned about the “petty” drama happening between Nene and his wife.

As for Nene, she also addressed the situation with Marc on the RHOA After Show.

A producer then asked Kenya if she believed Marc was using Nene to get “assimilated into Atlanta society” as he prepared to open a new restaurant in the area, and she made it clear that was not the case and explained that if Marc wanted to use any of her co-stars to boost his status, it would be Kandi Burruss.

“Nene is not the person in the group that’s most connected in Atlanta, Kandi is. And it’s not because she’s sitting [right next to me],” Kenya said. “Seriously, [Nene]’s not the socialite. No one wants to invite her to any parties. She’s loud and obnoxious and she treats her fans horribly.”

“No one is clamoring to get at Nene to invite them to things in Atlanta,” she added.