Home Vanderpump Rules Vanderpump Rules’ Tom Schwartz Opens Up About Jax Taylor and Tom Sandoval’s “Intense” Feud and Says He Feels Like a “Child of Divorce,” Has He Tried to Mediate?

Vanderpump Rules’ Tom Schwartz Opens Up About Jax Taylor and Tom Sandoval’s “Intense” Feud and Says He Feels Like a “Child of Divorce,” Has He Tried to Mediate? 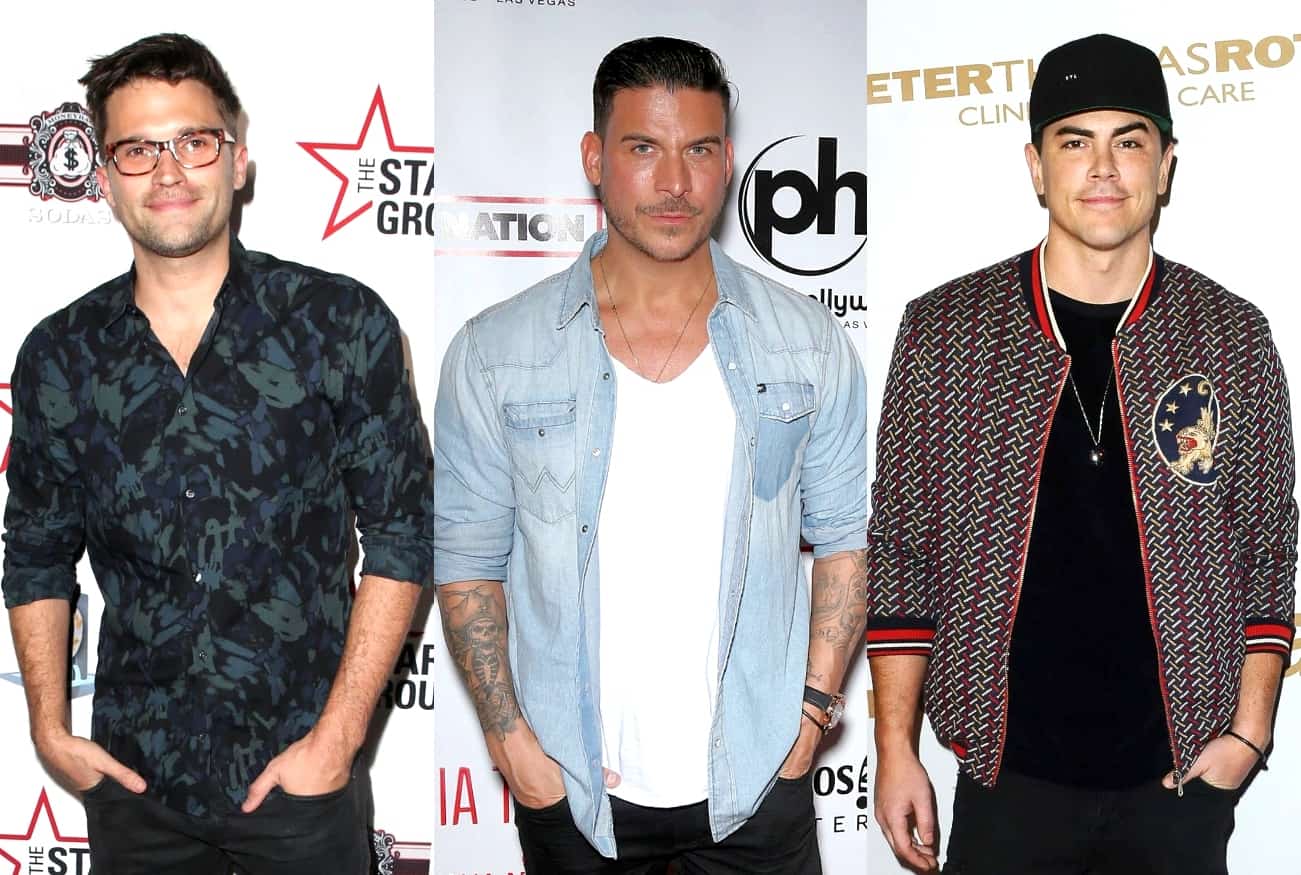 Tom Schwartz is stuck in the middle of Jax Taylor and Tom Sandoval‘s drama.

While celebrating National Margarita Day in New York City over the weekend, the Vanderpump Rules cast member admitted to feeling like a “child of divorce” as Jax and Sandoval continue to feud, both on-screen and off, about Sandoval’s claim that Jax waited to fire his former pastor, Pastor Ryan Dotson, until after Lisa Vanderpump confronted him about anti-LGBTQ posts Ryan had shared on social media.

“It’s been like that since the beginning,” Schwartz told Us Weekly. “I know they love each other, but it’s been a constant in their relationship. They’re bickering a lot and they butt heads and they both have strong personalities.”

According to Schwartz, Jax and Sandoval’s current dispute is far more serious that other disputes they’ve had over the years.

“I’m always trying to mediate, put myself in the other person’s shoes and bring them back together and they’ve always resolved every quarrel they’ve been in but, this one is the most intense by far. And what you’ve seen is just the beginning. It was very uncomfortable for me,” Schwartz explained.

During last week’s Pump Rules, Jax and Sandoval went to war after Sandoval confronted Jax and his wife, Brittany Cartwright, about why they waited so long to fire Ryan and get someone new to officiate their June 2019 wedding. Then, after the episode aired, Jax lashed out at Sandoval on Twitter.

“He does that from time to time,” Schwartz said of Jax’s Twitter rant. “He has a tendency to spiral. He’s kind of impulsive. He’s mercurial. He’s Jax Taylor. And then he sort of recalibrate and he calms down and I think he’s settled down now.”

While Jax eventually changed his mind after booting Sandoval from his wedding party amid their drama over Jax’s pastor, Schwartz added that fans haven’t seen the last of their drama.

“It was beautiful and I mean the Tom and Jax thing, it’s like a roller coaster of emotions,” Schwartz shared. “I mean, I think there’s at least four ups and five downs, and I don’t even know where it stands now, but I think it’ll be fun to watch. … If it’s awful for me to experience, it’s fun for people to watch.”