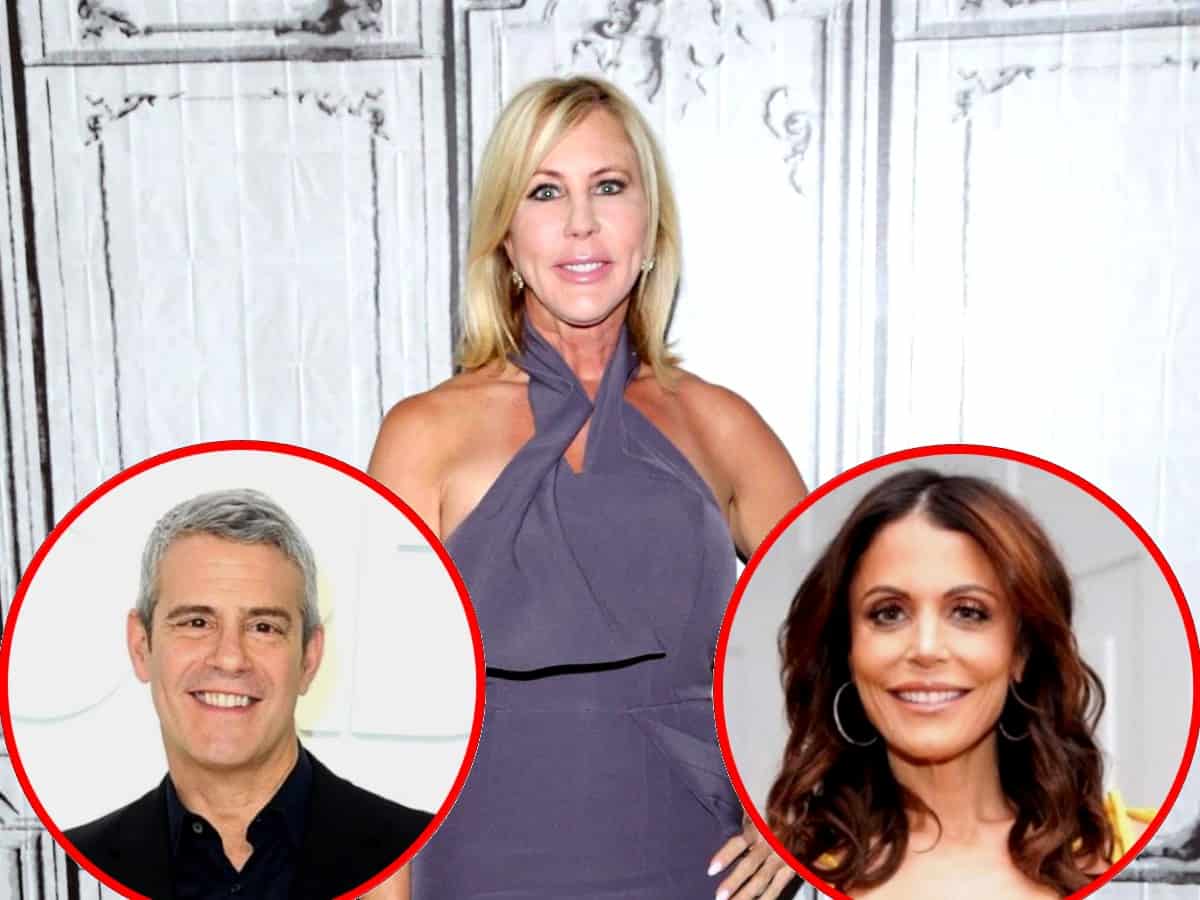 Before revealing her biggest regret about her time with Bravo and dishing on the profound message Bethenny Frankel shared with her after her exit from the show earlier this year, Vicki opened up about why she was so upset during the taping of the season 14 reunion last year.

“I had a really bad experience with season 14,” Vicki began on the March 5 episode of Whoop It Up with Vicki.

“I sat there for six and a half hours with my hair and makeup on and nobody came and got me. It was just [Steve Lodge] and I in the dressing room for hour after hour after hour and I was getting more mad than I’ve ever been in a long time,” she recalled.

After being in limbo for hours, Steve suggested he and Vicki go home before Vicki demanded one of their showrunners get Andy. Then, after being assured she would soon be joining her co-stars on stage and would be featured on “80 percent” of the reunion, Vicki decided to stay.

According to Vicki, she wanted to be sure she was featured on each of the reunion’s three parts because she was being paid an episodic rate for season 14.

“For me, it was about money,” she admitted. “I didn’t really care whether I was at 60 or 80 percent. I just didn’t understand why they didn’t want me on the whole time and was thinking they wanted to save money.”

After taking to the stage around 1 p.m., Vicki hashed things out with Andy and her co-stars before being informed around 7 p.m. that the producers would be completing the taping without her. Right away, Vicki found herself in tears as she lashed out at the production team and yelled several “f**k yous” at Bravo’s top dogs.

“Andy [said], “We’re done with you. We are going to continue without you,'” Vicki stated. “I just felt so betrayed and lied to. It was very clear that they wanted to show that I was in a reduced role.”

Looking back on her dramatic moments of the show, Vicki said she regretted “publicly humiliating my husband [Donn Gunvalson] at the time and divorcing him for a bad boy.”

“That would have probably never happened if I wasn’t on a reality show. We were definitely going through some tough times but I think I was so strong on marriage that I wouldn’t have left him,” she confessed.

While Vicki is understandably upset about her departure from RHOC, she recently received some good insight from Bethenny, who quit her role on The Real Housewives of New York City last August.

“[Bethenny] said, ‘It will take you six months to realize this is the best thing that ever happened to you. You always want to leave a party while it’s still going. I was paid an insane amount of money working there and I left it because it wasn’t good for my heart and soul… It’s like a stripper on a pole. You know it’s not good for you and one day you’re going to leave it because you have a better life outside of it.’”

Vicki concluded by revealing she is still quite close to the “Tres Amigas,” Tamra Judge and Shannon Beador.

“Tamra and I are still close, and Shannon as well. We talk daily,” she confirmed.

“I’ve made some incredible friendships and I probably pissed some people off too and lost some friendships. My friendships I can truly say now is Tamra and Shannon. No matter how old I am, Tamra and I say we’re going to be friends forever. We’re like Thelma and Louise and I love that,” she added.