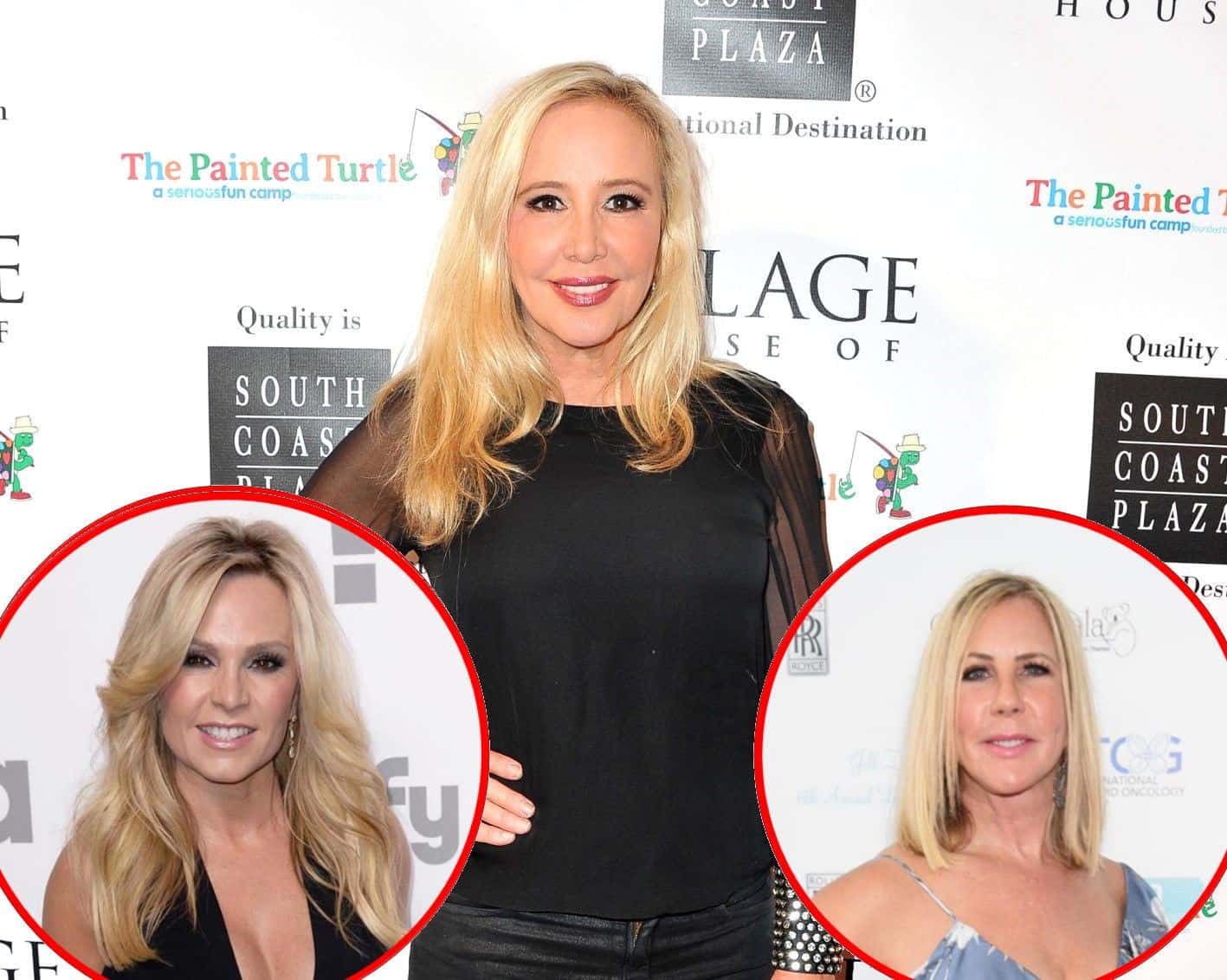 Shannon Beador is understandably nervous to begin filming the upcoming 15th season of The Real Housewives of Orange County without the other members of the “Tres Amigas,” Vicki Gunvalson and Tamra Judge.

Weeks after Vicki and Tamra confirmed they would not be seen on season 15, a source claims Shannon is upset about her friends’ exits from the show as she and the other returning members of the cast, including Kelly Dodd, Gina Kirschenheiter, Emily Simpson, and Braunwyn Windham-Burke, prepare to welcome “new faces” to the series.

“Shannon is a bit nervous to not have Vicki and Tamra there. She’s sad about it, but she knows she’ll find her own groove and new storyline,” an insider revealed to Hollywood Life on February 15. “She’s happier and more in love than she’s ever been, her business is doing well, so she has a lot going on. It seems like she will have no choice but to talk to Kelly about moving past everything at some point.”

During the 14th season of RHOC, Shannon and Kelly endured a falling out with one another after establishing a close friendship a season prior as they bonded over their divorces. Then, earlier this month, Kelly suggested that when it comes to a reconciliation between them, the ball is in Shannon’s court.

According to the report, Emily, Gina, and Shannon began filming last week, around the time that Kelly and Braunwyn shared their first photos of production. As for the “new faces,” it doesn’t appear that the ladies have met them quite yet.

“[They ] are all happy to be back filming RHOC. They all started filming this week, some separately and some together,” the source continued. “It’s too early to tell what everyone’s real storyline are going to be, but they all know new faces are coming.”

“They were all left feeling nervous after Vicki and Tamra were not returning, so they’re thankful to be coming back. Kelly really wants one of her friends to join the new cast and the ladies are still waiting to see who the new ladies are as they haven’t begun filming, but they all gave recommendations,” the insider added.

As RHOC fans may have heard, Elizabeth Vargas is rumored to be joining the cast but has yet to be seen filming with any of the other women.