Home Real Housewives of New Jersey News RHONJ Star Jackie Goldschneider Reveals What Danielle Staub Did That Made Her ‘Hate’ Her, Plus Where She Stands With Teresa Giudice Today

RHONJ Star Jackie Goldschneider Reveals What Danielle Staub Did That Made Her ‘Hate’ Her, Plus Where She Stands With Teresa Giudice Today 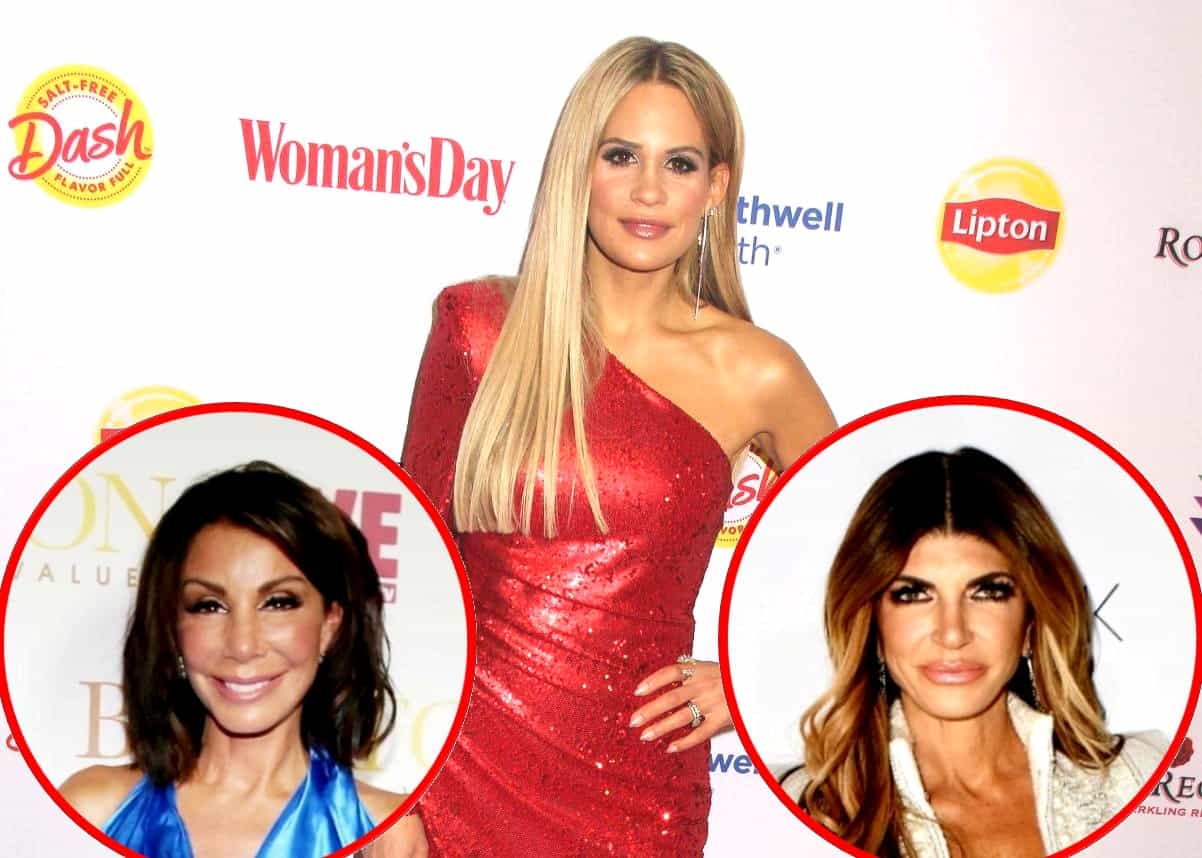 The Real Housewives of New Jersey star Jackie Goldschneider isn’t a fan of Danielle Staub, but her reasoning may be different than what you’d think. The reality star dished on her co-stars in a recent interview, sharing the one thing Danielle did that wasn’t featured on RHONJ that really set her off.

Jackie talked to podcaster Danny Pellegrino for his show and had this to say about Jersey’s biggest villain, starting with Danielle’s performance at the reunion.

“I thought Danielle was very… I think she’s changed since last year. If you watched her on the reunion last year I think she was feistier,” Jackie explained on the Everything Iconic podcast. “This year she just seemed sad and resigned. She was over it, I feel like.”

“No, I don’t think she can come back,” Jackie said. “She has no … you have to have at least one friend on the cast in order to be a part of the group and there’s really nobody. I don’t see how she’d integrate at all. I think she’s done. I don’t think she really adds anything to it.”

Jackie then noted how she’s “not a big fan” of Danielle due to something “most people don’t even know about.” Podcaster Danny, of course, pried into what that was. According to Jackie, it was actually a comment Danielle made on the Wendy Williams Show that hurt her the most.

“[W]hen you’re first on the show you’re not allowed to say anything until Bravo announces you and so I was like, the new cast member and people knew but I hadn’t had my chance to like, meet the world yet. And she went on Wendy Williams and told everybody that I was really boring,” she shared.

Jackie continued, “[Danielle said] that there’s two new cast members and one of them is really boring and she’s a one-and-done… I was so upset because I couldn’t defend myself, I couldn’t say anything. And all that anybody knew about me for a month was just that I was boring. And she only said that because I was Margaret’s friend and she hated Margaret at that point, but … I hated her since then.”

Danny also asked Jackie about how she and Teresa are doing. The two haven’t always seen eye-to-eye, but have they been able to put their drama behind them?

“We don’t talk on the phone, but we text each other and we’re really really cordial. I think she knows that like, our fighting days … I mean, unless something else happens. I think Teresa and I both realize that we’re better off as friends because we can offer each other support and strength.”

Although filming has halted on RHONJ due to the current pandemic, we’re hoping this will pass soon so the Jersey drama can continue.