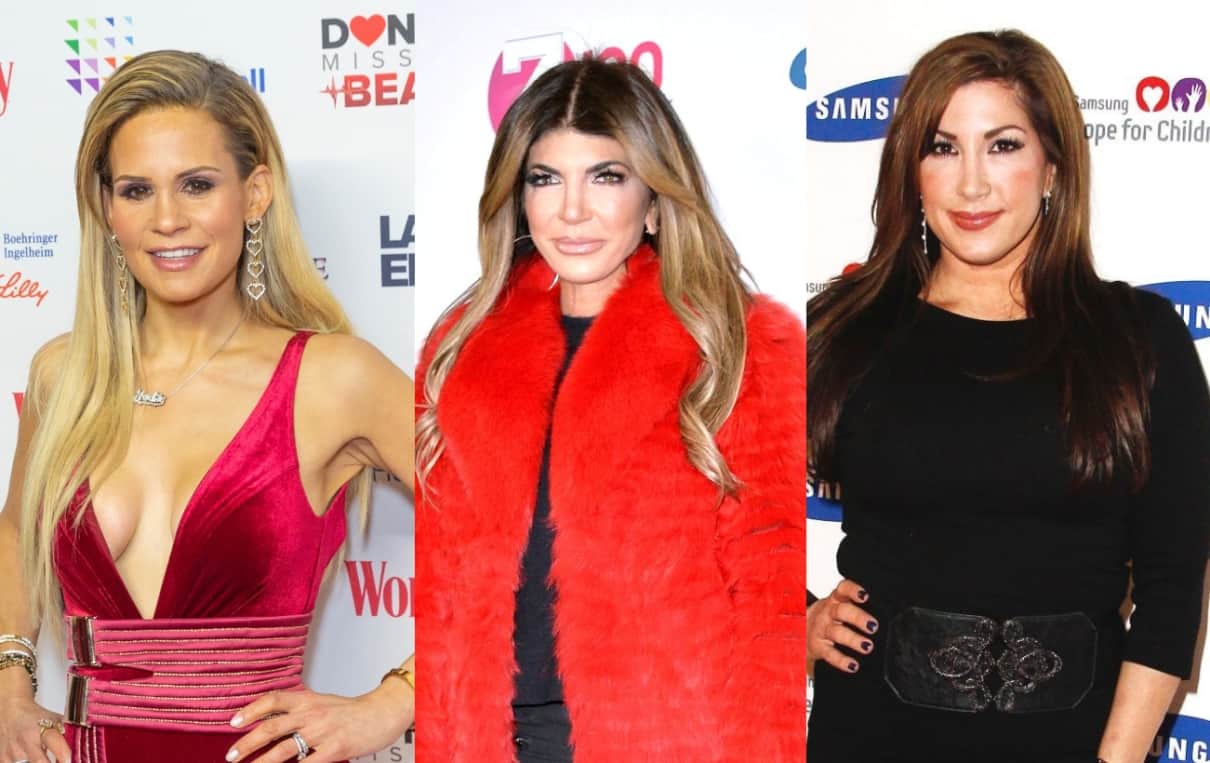 Former Real Housewives of New Jersey star Jacqueline Laurita isn’t supportive of Teresa Giudice‘s decision to go her “separate ways” from husband Joe Giudice after his impending deportation, as Jackie Goldschneider implies Teresa is already moving on from her husband.

During a new interview, Jackie made it clear that she does not regret going head to head with Teresa this season.

“I don’t regret it at all. I really don’t,” said Jackie to TooFab. “It had nothing to do with her actual husband or what he did; it was a question more about control… I mean, your husband is in prison, and you’re talking about the fact that a wife can control everything that a husband does. Clearly, you can’t. I don’t know how she wouldn’t see it coming.”

Jackie also took issue with Teresa being very upset over her comment about Joe being in prison, as she implied Teresa, who was recently photographed spending time with her rumored boyfriend, Blake Schreck, in Miami, was already moving on.

“And looking back, I think that Teresa was already moving on with her life,” Jackie added. “So for her to sit there and say, ‘This is my life. I’m going through this right now,’ I don’t really buy it all.”

Meanwhile, after watching Teresa confirm her plans to divorce Joe during the RHONJ reunion, Jacqueline spoke out against her, claiming her decision to leave her husband and break up their family is “selfish.”

“I don’t understand Teresa’s decision to not stand by her man and keep her family intact,” Jacqueline told Us Weekly on March 8. “If Joe is truly the love of her life and the father of her kids, you’d think she would go wherever he goes to keep the family together as a unit! I feel like they’ve been separated long enough! Her decision seems a little selfish to me.”

During Wednesday night’s episode of the reunion, Teresa said the only way she’d consider staying with her husband after he gets sent back to his native Italy was if her kids decided they wanted to move to Europe.

However, Jacqueline believes children shouldn’t be the ones making the decisions and pointed out that she and her family moved several times when she was young because her father was in the military.

“We all learned to adjust to wherever we went,” she said. “It was important to my parents that we stuck together as a family.”

According to Jacqueline, she and her family are currently contemplating moving out of state and no matter how her kids feel about the idea, they will be sticking together.

“If my husband — the love of my life and father of my kids — said we were moving to a new state or a new country, I’d be like, ‘Bye, bye,’ and I’d get my kids together, pack up our s**t and go with him,” she shared. “That’s just what families are supposed to do.”

On Wednesday, while explaining her decision to leave Joe if his deportation ruling is not overturned, Teresa said she was not willing to be involved with a long-distance relationship.

“I’m not doing it. You know, I want somebody with me every day,” she explained. “I’m sure he’ll be with other women. It happens. We do the long-distance thing, it’s not going to work. I’d be like, ‘Bye, bye.’”

Joe is set to be released on March 14. However, upon his release, he will be sent to an ICE detention center and will not get to go home.