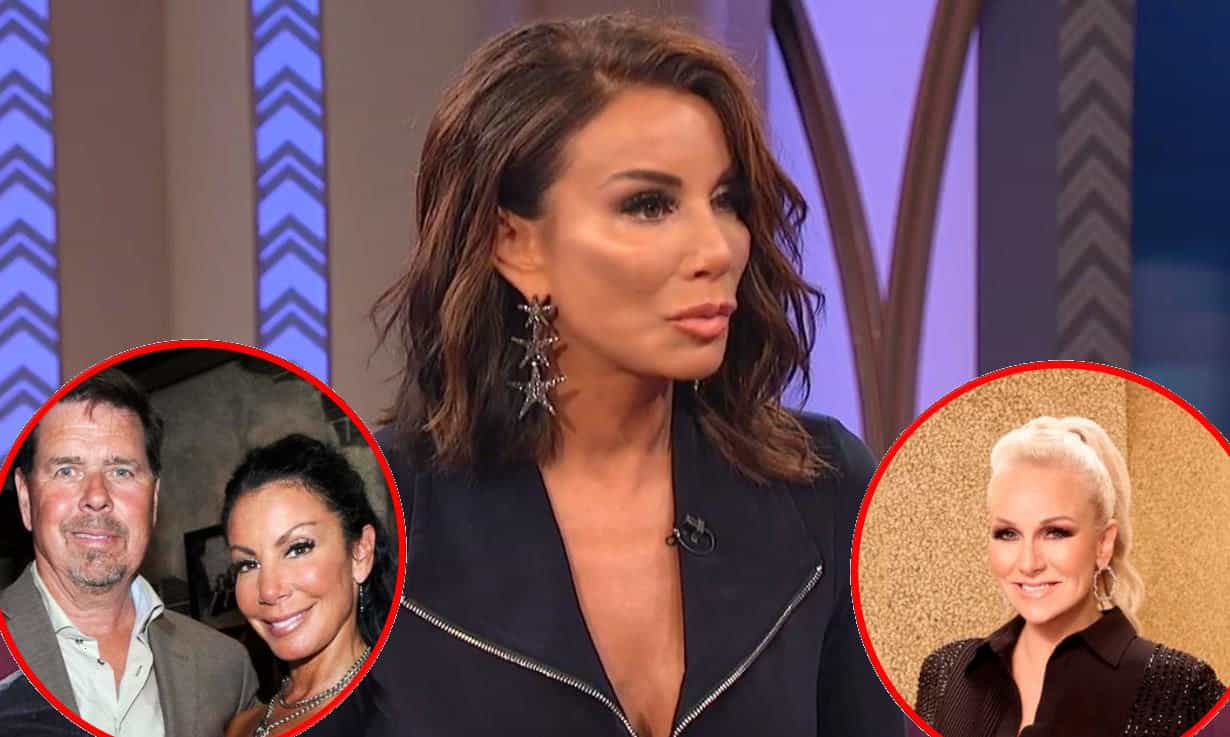 Did alcohol play a role in the end of Danielle Staub and Marty Caffrey‘s marriage? That’s the picture she’s painting.

During an appearance on The Wendy Williams Show this week, the Real Housewives of New Jersey cast member opened up about her short-lived marriage to Marty and suggested her estranged husband drinks “heavily” and craves attention. She also took aim at her castmate Margaret Josephs and dissed some former RHONJ cast members.

The 56-yr-old Bravo star was first asked why she was still a ‘friend’ on the show rather than a full-time housewife, and she made it clear she wasn’t happy about Bravo’s decision.

“No. Just a friend. I’d love the answer to why that is but maybe you know some people,” snipped Danielle about her part time role on the Bravo series, before adding that she “did” bring it this season.

Danielle also addressed some rumors that a feud with castmate Margaret played a role in why her role was cut back this season. The rumor is that Margaret is close to one of the RHONJ producers and Danielle’s scenes were reduced as a result.

“Well, that’s the funny thing about rumors. Wouldn’t we all like that kind of power? I mean, who is this? She’s been here a minute. We haven’t even seen her in season two have we?” she stated, dissing Margaret.

“Well, I’m there. I’m the reason for that trailer,” added Danielle when asked why she was missing from the newly released RHONJ trailer.

It’s been previously reported that Danielle’s impending divorce is the reason her role was reduced. Producers were reportedly upset because her wedding planning was a big story-line for the show and by the time her marriage fell apart, filming had ended for the season.

The topic then turned to her volatile and short-lived marriage to estranged husband Marty, who she says she’s actually known for four years.

“It’s funny how I saw certain things happening, but you just believe, especially with the perception around us, that the next step – getting engaged would make it better … getting married would make it better… It doesn’t get better, ladies. If it’s falling apart, it’s broken,” Danielle shared.

She then went on to allege his heavy drinking played a role in their split.

“He does hit cocktail hour a little bit heavily and it does change things,” she continued. “I think all of us it changes, I just don’t think it changes him for the better or his ability to maneuver through what’s going on. And I’m not the easiest person to live with either.”

Danielle and Marty got married in the Bahamas in May and two months later, he suggested on Instagram that Danielle wasn’t what she pretended to be. Then, in September, after just under four months of marriage, Marty filed for divorce.

Prior to the filing, the couple requested retraining orders against one another, which were later dropped.  In Marty’s request, he claimed the reality star threatened “to stab [him] in the neck at least a dozen times.”

While Danielle has made a number of allegations against her estranged husband, she admitted to Wendy that she isn’t the easiest person to deal with.

“I’m to blame for it as well, but I feel like I’m always the person who wants to fix people and it’s not fixable,” she explained. “I don’t have a crystal ball, but you can’t go into the public and be tweeting and Instagraming about your wife or your spouse … You just don’t do that. And you don’t go to press.”

“So he really liked being a ‘House husband?”’ Wendy asked.

“I think that that was what I’m most disappointed about,” Danielle replied. “His want for this attention.”

Finally, Danielle was asked which housewife she would pick to reconcile with out of Caroline Manzo, Dina Manzo, and Jacqueline Laurita.

“It’d be Dina,” she answered quickly. As for Caroline and Jacqueline, she threw a lot of shade their way.

“Who?” asked Danielle when asked what she thought of Caroline. “We’re the same age she and I. She hates when I say this.”

Danielle however saved the worst for Jacqueline!

“That’s a whole lot of crazy,” she said about Jacqueline. “I mean I own my crazy but if you don’t own it and you’re even crazier than me? That’s a lot of crazy. A lot.”