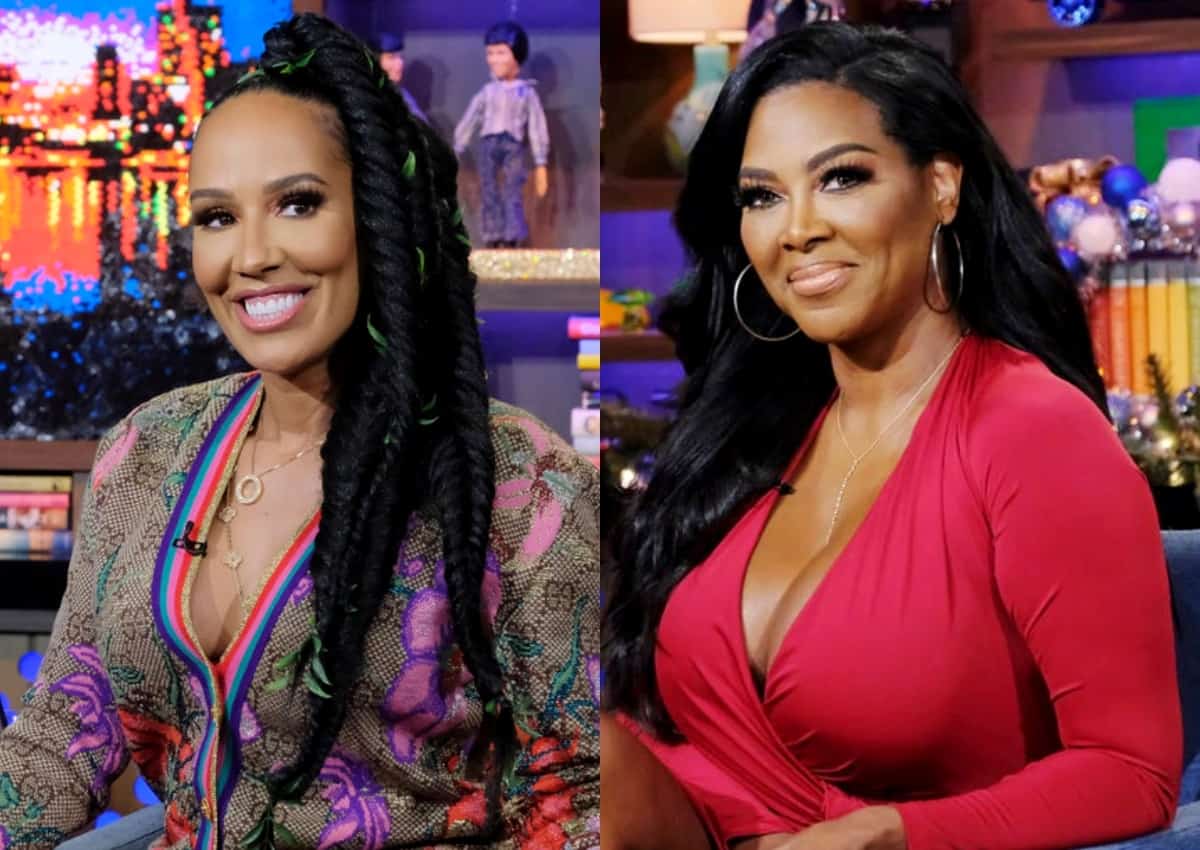 Seeing The Real Housewives of Atlanta stars Tanya Sam and Kenya Moore throwing low-blows at each other is nothing new to RHOA viewers.

The drama between the two Georgia peaches continued off-screen, as Tanya recently called out Kenya’s treatment of her on Twitter. If you recall, Kenya infamously ambushed Tanya by inviting the ‘Cookie Lady’ to a lunch outing following her claims that Tanya’s fiancé, Paul Judge, had tried to hit on her.

However, during recent episodes of RHOA, Kenya has stated that her loved ones are “off-limits” when it comes to gossip, including her ‘mom, husband, and child.’ However, many fans found this to be hypocritical, including Tanya.

The Real Housewives Tea page shared Kenya’s quote about her family being off-limits along with the comment: “Uhhh didn’t you bring the cookie lady around to attack Tanya’s husband?!?!?”

Tanya then responded to the post, affirming the implication by writing that Kenya is “the definition of a hypocrite.”

Even though Tanya caught some Kenya drama this season and made her fair share of appearances, she revealed that she isn’t courting full-time status anytime soon.

During a recent Instagram Live appearance, the Canadian native responded to the viewer question about becoming full-time and clarified her reasoning:

“I kind of love being the friend to the show it’s really the best of both worlds,” she said according to Madame Noire. “I have autonomy, no one can tell me like when you have to show up for what, I can still travel so I kind of like it. I think that doesn’t designate with a lot of people.”

Tanya explained that she’s just fine with part-time status since she’s able to take part in the fun (and maybe a little drama) but still has time for work. Tanya is an entrepreneur in the tech industry and also the Director of Partnerships at TechSquare Labs and Co-lead of Ascend Atlanta. Because of that, filming with the ladies can’t be the main focus in her life.

“I get to host trips. I get to travel and when I have to work I can go, ‘Sorry guys I can’t show up for eight hours of taping today because I have to work,'” she stated.

Despite Tanya not officially possessing a peach, we hope the drama between her and Kenya continues. Who doesn’t love a juicy RHOA feud?