Home Real Housewives of New Jersey News PHOTOS: RHONJ Star Melissa Gorga is Photographed Checking Her Mailbox in a Mask and Gloves Amid Coronavirus Fears After Filming is Halted on New Season 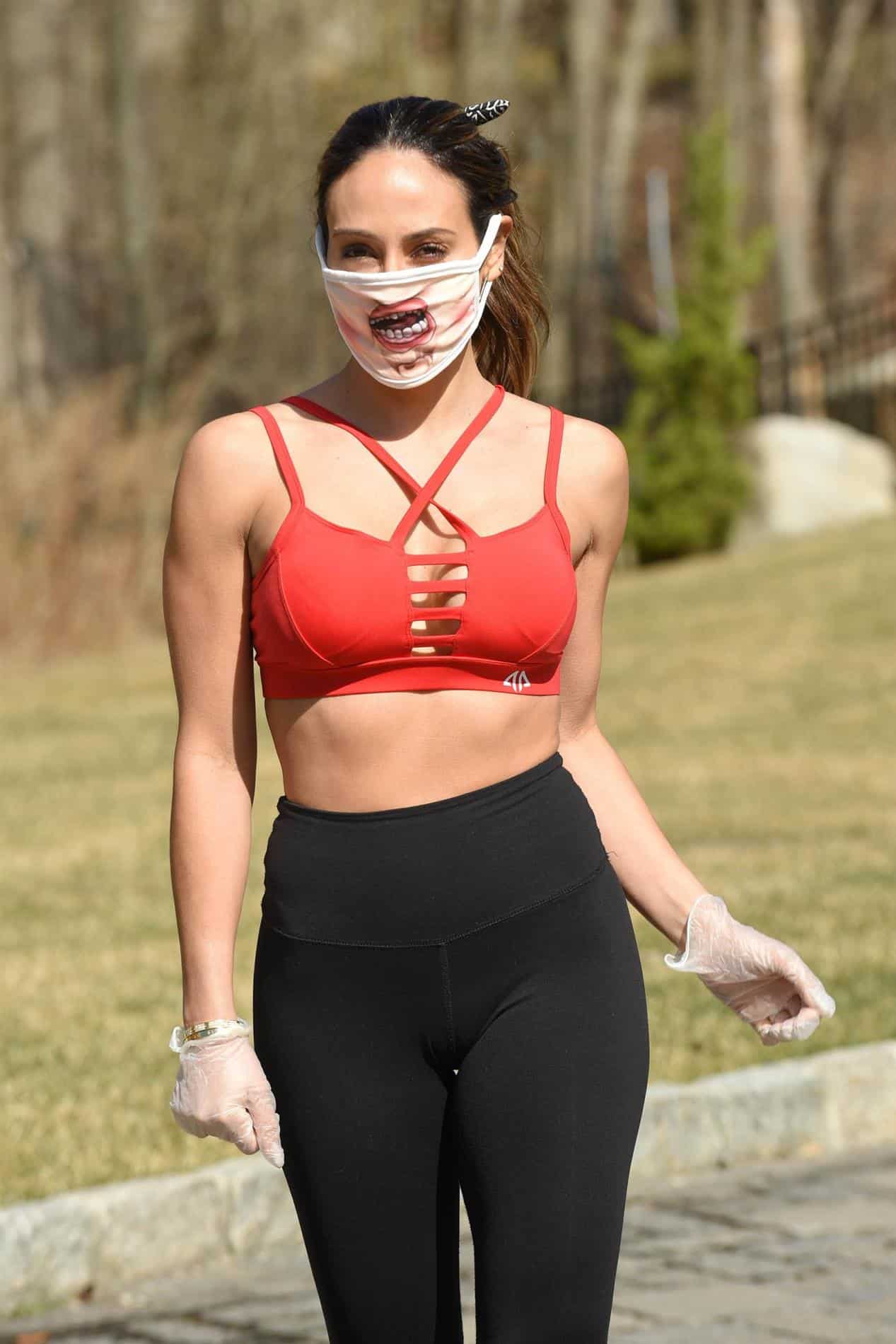 Melissa Gorga is staying safe amid the growing concerns over the spread of the coronavirus.

On Tuesday, weeks after production on the upcoming 11th season of The Real Housewives of New Jersey was halted, Melissa stepped out of her 9,000-square-foot Montville mansion in a printed facemask and a pair of clear gloves to check the mail.

In photos, Melissa was seen walking down her driveway in a red sports bra and black leggings before retrieving the mail and heading back indoors after first taking off her mask, which included a creepy photo of an open mouth. 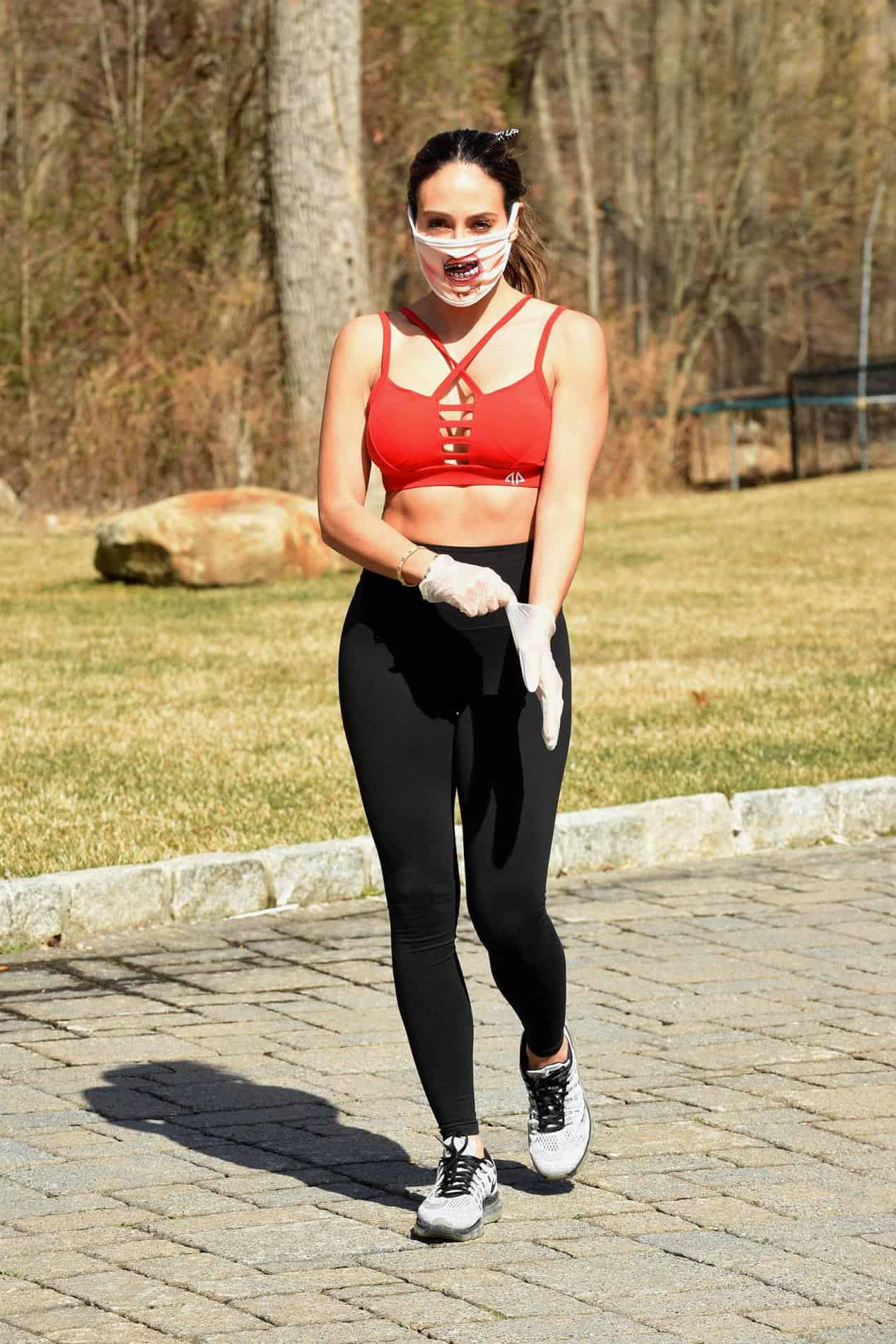 Melissa Gorga wears a printed face mask and pulls up her glove at home on the way to get the mail on March 24. Credit: Sophie Fritz/startraksphoto.com 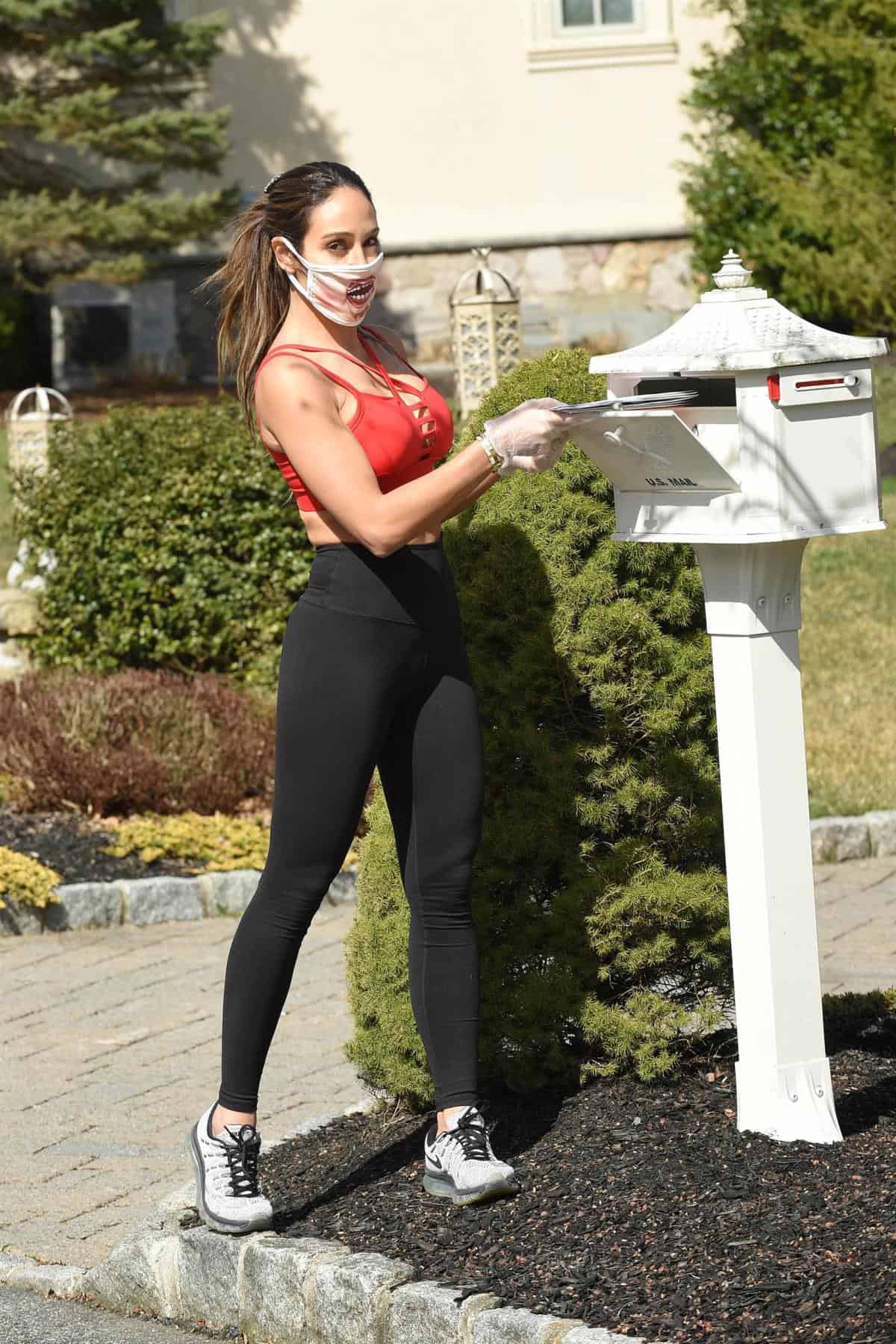 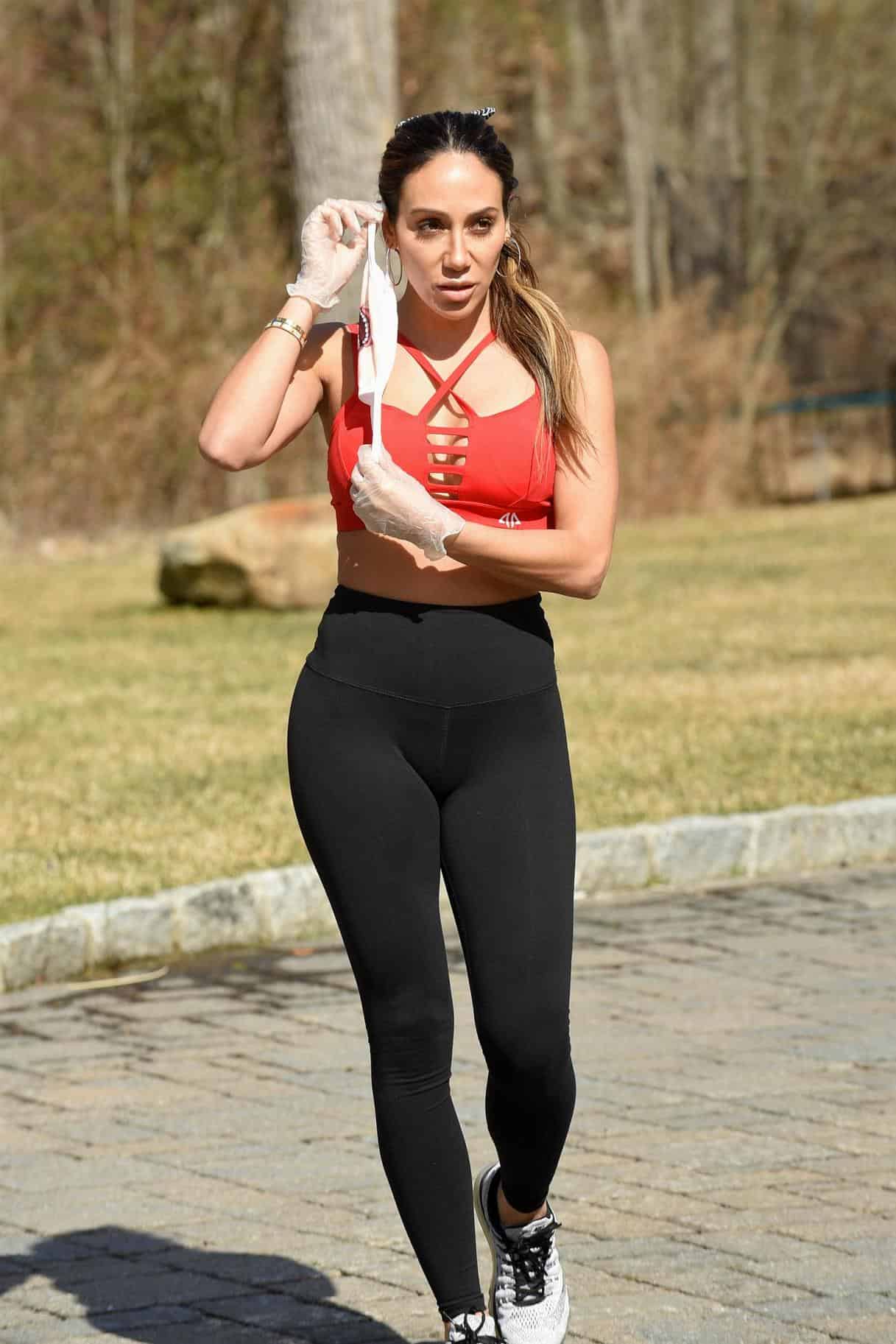 Melissa Gorga takes off her mask on the way back to her home. Credit: Sophie Fritz/startraksphoto.com

Melissa and her kids have been stuck at home for the past couple of weeks after New Jersey schools were canceled. Throughout their time in quarantine, Melissa has been sharing plenty of photos and videos on her social media pages.

As Bravo fans well know, a number of Real Housewives franchises have been impacted by the spread of COVID-19, including The Real Housewives of Atlanta, whose reunion taping was canceled earlier this month.

Watch What Happens Live has also gone into hiatus as host Andy Cohen does his best to cope with “horrible” symptoms of the illness after testing positive for coronavirus last week.

Melissa and husband Joe Gorga listed their six-bedroom, seven-and-a-half-bathroom mansion at the end of 2017 for $3.5 million after initially purchasing the since-renovated home in 2007 for just $950,000. Then, in June 2018, they cut the price by $200,000. In April of last year, they relisted the home for $2.95 million before seemingly taking it off the market at some point in the months that followed.