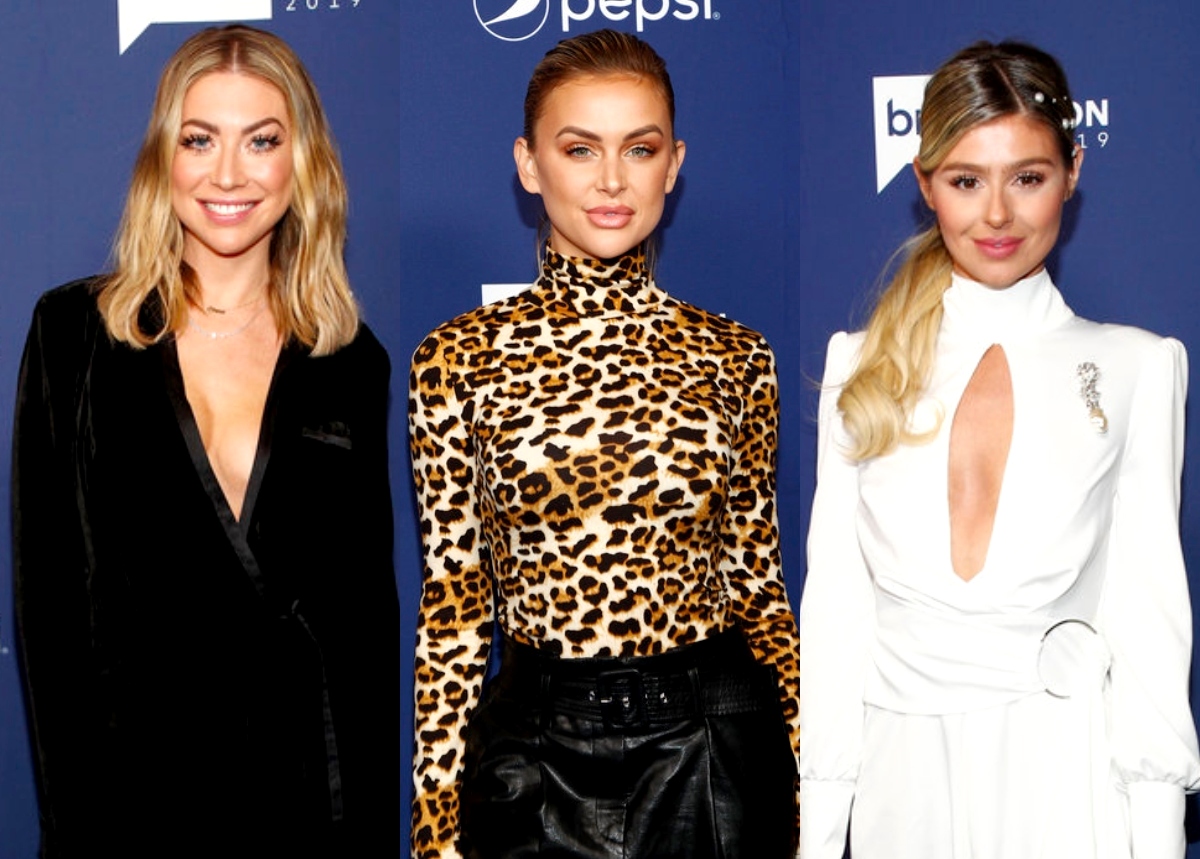 Stassi Schroeder agrees with Raquel Leviss that she has been bullied by Lala Kent on Vanderpump Rules.

During this week’s Pump Rules: After Show, Stassi shared her thoughts on Lala’s poor treatment of Raquel as Lala bragged about being a “f**king Michael Vick fighting dog” and Raquel suggested that while Lala believes she’s better than everyone else, she’s actually not.

“Lala bullied the f**k out of her,” Stassi admitted on the show with a laugh as Lala sat and smiled.

“Lala, you were so scary,” she continued. “If Lala were to yell at me like that, I don’t think I could…”

At that point, Lala interjected and said she felt that she was composed during her confrontation with Raquel on Tuesday’s Pump Rules, during which she told Raquel to get in her place.

During her own After Show segment, Raquel revealed that Lala likely acts the way she does because she believes she’s above others.

“The thing about Lala is she thinks she’s better than other people and that’s not the case. Like, Lala, I know you have great style, you have great stylists, you’ve done red carpets with Randall and you’re flying wherever. It doesn’t mean that you’re better than anyone else,” Raquel noted. “She needs to get her sh*t together and wake up.”

“Lala! Wake up!” Raquel laughed as she clapped at the camera.

While Charli Burnett compared Lala to a chihuahua, Lala said it was Raquel who was the chihuahua, as she did on Tuesday’s show, before suggesting that she was a “f**king beast.”

Lala then said that while she didn’t want to come for Raquel, Raquel made her do so.

“I don’t want to f**king feast on you right now but you’re making me do that again. It happens all the time. You walk into the lion’s den during feeding time and you expect not to get feasted on,” she stated.

Lala also suggested that Raquel was nothing more than a “peasant” while she was a “queen.”

“Come on, let’s remember who the queens are and who the peasants be,” she slammed.

Lala appears to have had a change of heart since taping the after show as she did apologize to Raquel on Instagram yesterday.