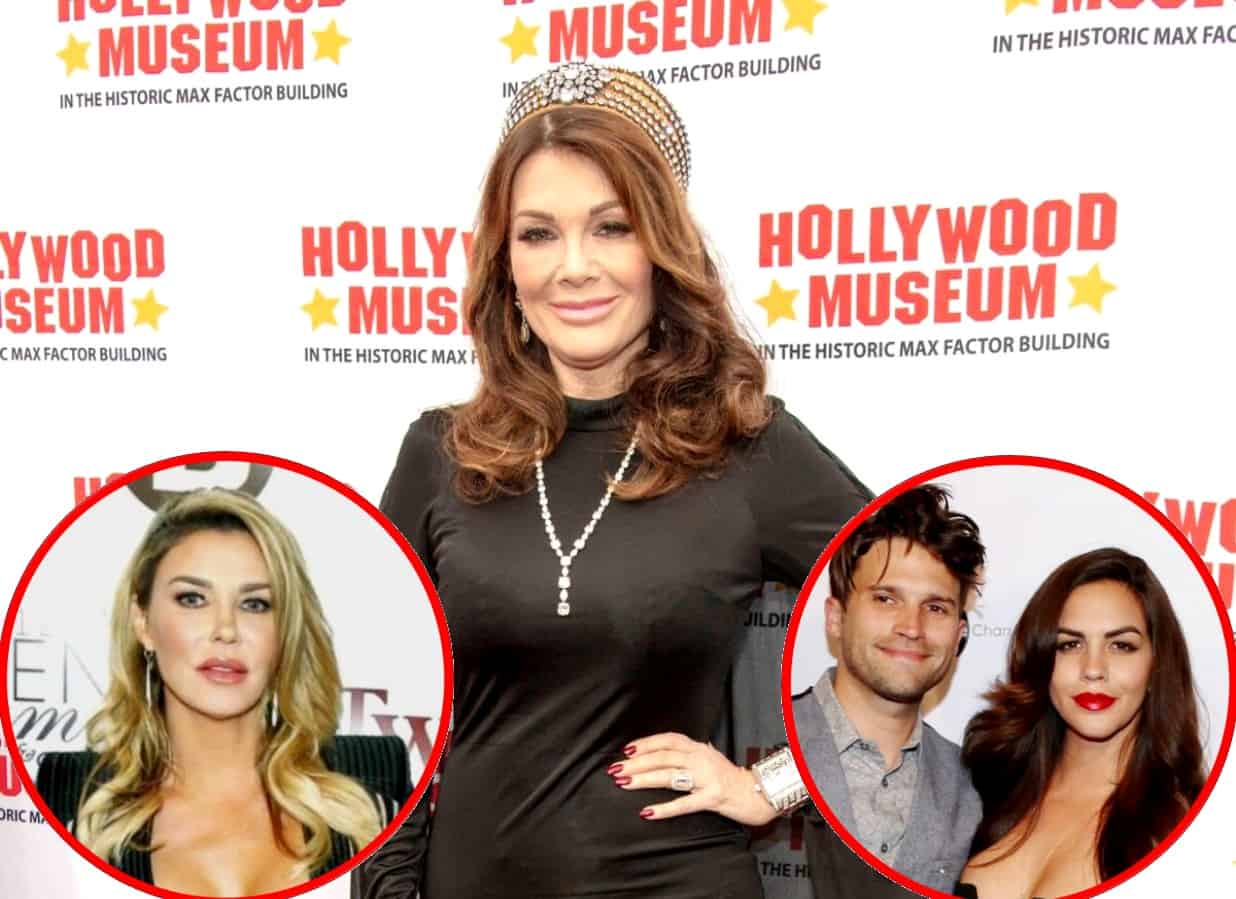 Lisa Vanderpump appeared on Tuesday night’s Watch What Happens Live, where she addressed a number of topics related to both The Real Housewives of Beverly Hills and Vanderpump Rules.

While chatting with host Andy Cohen, Lisa reacted to a recent comment made by her former friend Brandi Glanville. Then, she opened up about Tom Schwartz‘s recent feud with Katie Maloney on Pump Rules and the recent closures of her restaurants.

“Oh my God, if I invested in anything [Brandi] said, I’d be in trouble,” Lisa said.

During an appearance on Danny Pellegrino‘s podcast, Everything Iconic, last month, Brandi applauded Lisa for being an “inspiring businesswoman” and said she respected the way she’s always “working on something.” However, despite her kind words, Lisa made it clear that she takes everything Brandi says with a grain of salt.

“She’s also called me a two-faced, lying c**t. So, whatever she says, it’s actually totally irrelevant but thank you, I’ll take it!” Lisa said.

Looking back at last week’s Pump Rules, Lisa admitted she was quite disappointed at the way in which Schwartz lashed out at Katie over her complaints about Tom Sandoval‘s “arrest” prank.

“I don’t like that just because he’s drunk, he thinks he can say whatever he wants,” Lisa explained. “He’s just outrageous with it and he always gets away with it. He just owns everything and then everybody forgives him and we move along until the next time.”

As for the recent closures of her businesses, including TomTom, SUR Restaurant, Villa Blanca, PUMP, and the Vanderpump Cocktail Garden, Lisa said she’s absolutely devastated.

“It’s not just our business. It’s our life, as well,” she explained, “and so many people have worked for us for years. Now they’re all on unemployment but just the whole fact that, it’s just… everything’s gone right now. We can’t go in there. I can’t see what’s going on. It’s been really sad, I have to say. But hopefully we’ll be one of the businesses that survives this because a lot of people won’t.”

“It’s a real worry,” she continued. “And we can resurrect it and give everybody their jobs back and I have very close relationships with a lot of my employees. So it’s been really, really difficult [and] very, very sad.”