Home Real Housewives of Beverly Hills News RHOBH’s Brandi Glanville Talks Tamra Judge’s Firing From RHOC and What She Loves Most About Lisa Vanderpump, Plus She Dishes on Working With Kenya Moore After Feud

RHOBH’s Brandi Glanville Talks Tamra Judge’s Firing From RHOC and What She Loves Most About Lisa Vanderpump, Plus She Dishes on Working With Kenya Moore After Feud 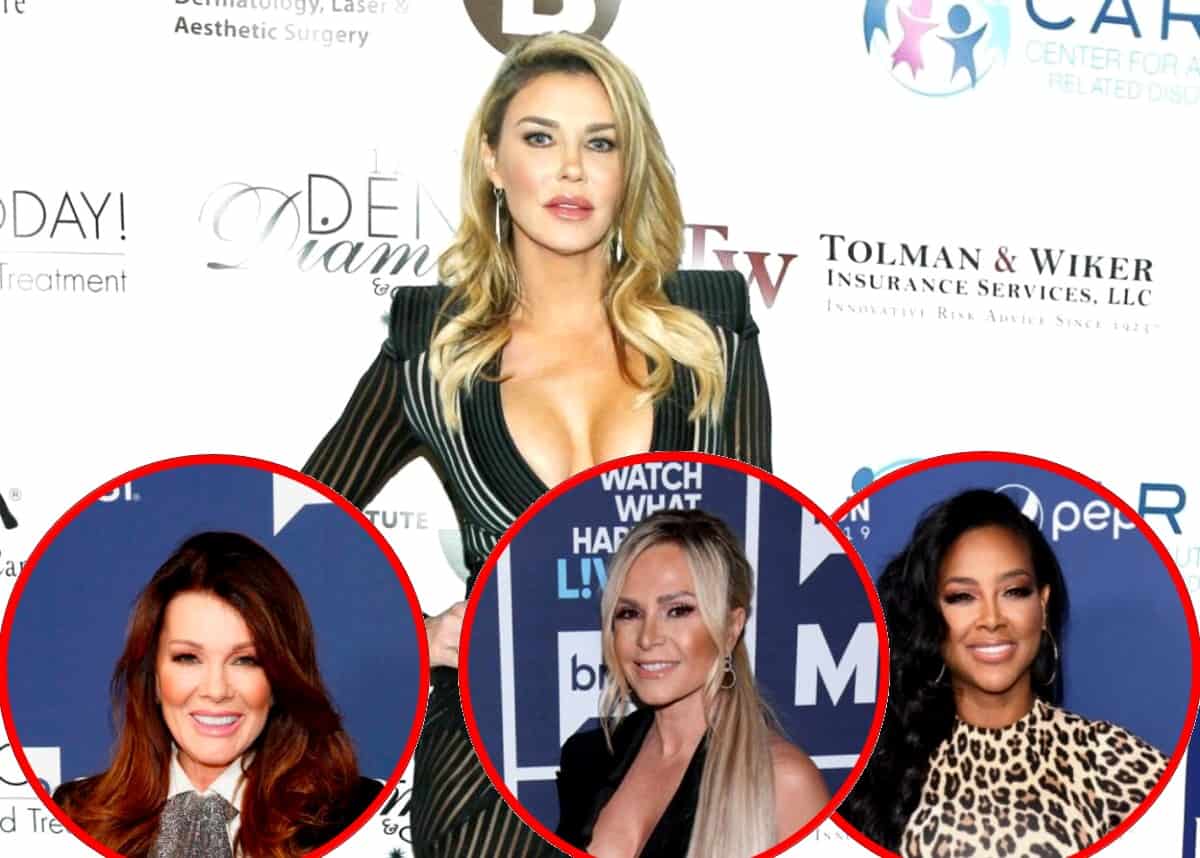 It’s no surprise that Real Housewives of Beverly Hills alum Brandi Glanville loves to share — and then share some more.

In a recent episode of the Bravo breakdown podcast Everything Iconic, host Danny Pellegrino dished it out with Brandi on Housewives, hookups, and … legal issues.

In addition to her drama with Denise Richards, Camille Grammer, and … well, everyone else, Brandi had more to say about her former BFF Lisa Vanderpump, her thoughts on Tamra Judge‘s firing, and working alongside former rival Kenya Moore.

The former RHOBH regular had positive things to say about LVP, noting how she is “an inspiring business woman” who helped her realize how to take advantage of opportunities. “She would always be working on something,” said Brandi, “there was never downtime.”

“I respect that,” added Brandi on the Everything Iconic podcast, “because [Lisa and Ken Todd] are always hustling and I’m just like, ‘Sunday Funday! Saturday Faterday!'”

Brandi also touched on her feud with The Real Housewives of Orange County‘s Tamra, saying how she predicted the Cut Fitness owner’s departure from the franchise: “I’m pretty sure on our YouTube channel I was like, ‘Bye, b–ch, bye!'”

“The thing about it is,” Brandi added, “I didn’t have a feud with her, she had a feud with me. And then I set her straight.”

The Drinking and Dating author explained how, even though Bravo is all she watches, she stopped watching RHOC last season because it became “too toxic” and that viewers know “every single thing there is to know about them.”

“There’s no new information coming out,” Brandi said, “so now […] in order to stay relevant, they have to create chaos and toxicity — that’s what they think — and that’s not what I want to watch.”

Brandi also commented on another franchise star Kenya, calling her a “great villain.” The two worked together on Celebrity Apprentice, and had a notable rivalry. Recently, they briefly reunited to work on a Netflix show called Family Reunion.

“It is what it is. What you see is what you get. I just worked with her and I was worried it was gonna be horrible … it wasn’t great, it wasn’t horrible. We were professional and that was it. She really is who she is,” she shared.

Perhaps a tepid response from the fiery reality star, but we’re sure to see more to come on the next season of RHOBH, where Brandi may play a major part in the drama.