Dorinda Medley Reveals the Real Reason for Her Feud With Tinsley Mortimer and Explains Why She Doesn’t Believe Luann Was Ever an ‘Alcoholic,’ Talks Being “Sad” Over Bethenny’s Exit Plus RHONY Live Viewing Thread 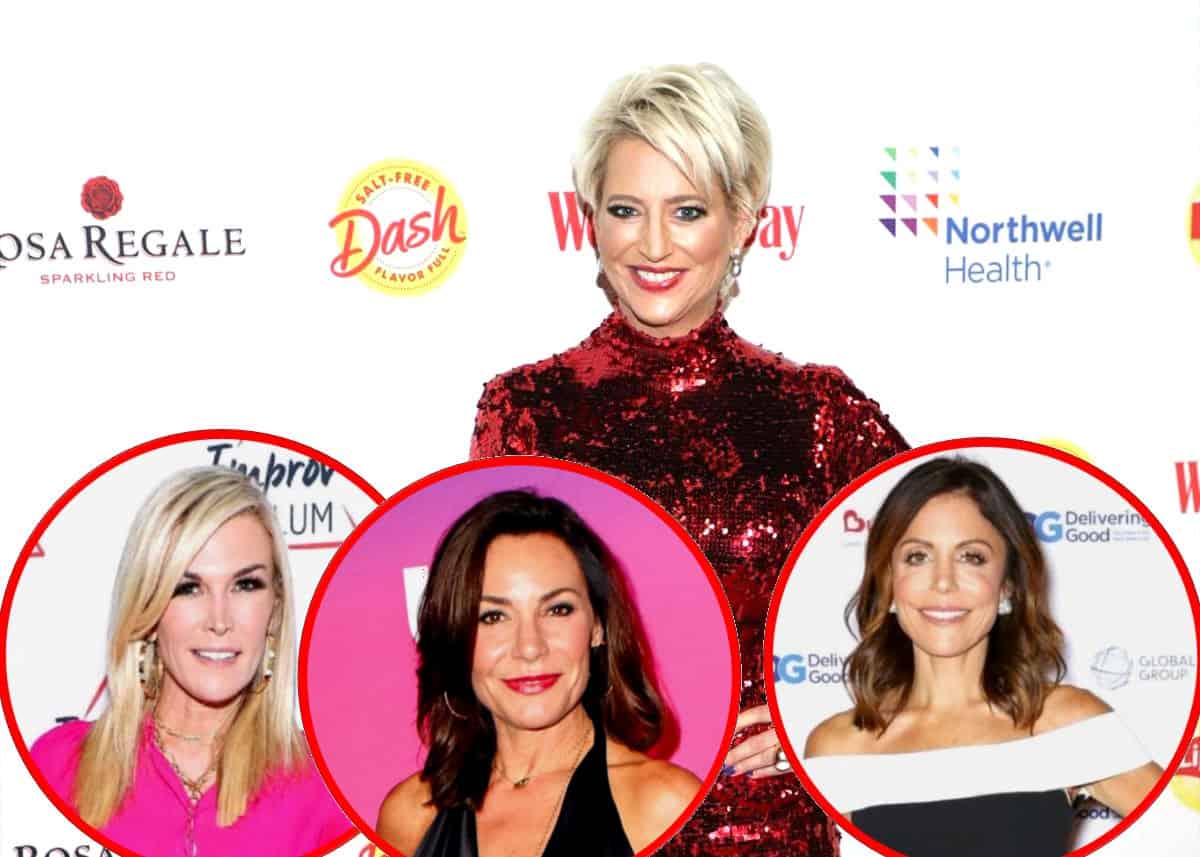 Dorinda Medley, the lively star from The Real Housewives of New York City, is offering some insight into season 12. She’s revealing the real reason behind her feud with co-star Tinsley Mortimer, and she also explains why she was “sad” to see Bethenny Frankel leave the show and says she doesn’t believe Luann de Lesseps was ever an alcoholic.

Dorinda is talking all things RHONY and what we can expect from the new season. As for her role, she says it was one of the most emotional seasons she’s ever had. She actually admits that at the beginning of the season, she thought, “I don’t even know if I can film this year.”

Blue Stone Manor, her mansion in The Berkshires, flooded, she broke her rib, she was having relationship issues with John Mahdessian, and she was renovating her Upper East Side apartment all at the same time.

“A lot of what you see this year is emotional and physical frustration. I didn’t have any more bandwidth to give anyone. I was tapped out,” she explained to Entertainment Tonight.

Dorinda also got very candid about several of her co-stars, especially revealing her opinion of Tinsley, who she got into a nasty feud with during the RHONY premiere episode.

“I’m just like tell me the truth, I don’t care what it is,” Dorinda said about Tinsley. “We are on a reality show, and you know, you can’t, you’re no longer in a position where you can say, ‘I don’t wanna tell you about that.’ You know, you have to give up a little bit [of] your privacy. You have to be exposed and believe me, it is not easy.”

As for why she feels this way, Dorinda explains what wasn’t shown on the show is that her issues with Tinsley aren’t just about Tinsley not being forthcoming about her life, but also the fact that Tinsley didn’t really make an attempt to spent time with her and the other RHONY cast members… when the cameras were off.

“We really never saw Tinsley that much. We only really saw Tinsley when she was filming and then she would pretty much leave New York and go to Palm Beach,” she admitted.

As fans have seen in reports and the season 12 trailer, Luann has decided to start drinking again. Some of the RHONY ladies have voiced their concerns about Lu’s drinking, but Dorinda doesn’t seem to be very concerned. She apparently doesn’t believe that the former countess was actually ever an “alcoholic.”

“I never thought Luann was an alcoholic,” Dorinda shared. “I thought, you know, she went through this, she got caught, as we all could have gotten caught, and she made the decision to start drinking again. I’m interested in seeing what the audience, how the audience responds to it.”

When Dorinda was asked about Bethenny’s absence from the show, it was clear that she genuinely seems to miss Bethenny. She revealed that she is still very much in touch with the Skinny Girl mogul.

“I was really surprised and I felt very, I know everybody has had a different response, [but] I felt sad about it,” Dorinda admitted. “Bethenny and I are actually quite close. I talk to her a lot and I was really looking forward to having the audience see how our relationship has really evolved and we heard about it so last minute. So I was really taken aback and sad.”

Although Dorinda knows many of her co-stars have been expressing joy that the B-Strong founder is no longer on the show, she believes that in reality, they would all actually welcome her back if she ever wanted to rejoin the show for a third time.

Dorinda says the vibe this season is realness. She says she and her co-stars, except for Tinsley, were really “in it,” especially “emotionally.” She explains that everyone, again, except for Tinsley, was just “fully there.” Once everyone heard the news that Bethenny was out, the remaining cast “pulled together” and “worked like dogs.” She’s “hoping” it will be a great season.

RHONY Live Viewing – This is also a live viewing thread for tonight’s new episode of RHONY, which airs at 9/8c on Bravo, so feel free to comment and chat below as the episode airs. A preview clip is below.