Home Shahs of Sunset EXCLUSIVE: Shahs of Sunset’s Mike Shouhed Fires Back at Reza’s “Disgusting” Claim About Him Lying and Reveals Where He Stands With Reza and MJ, Plus He Offers an Update on Feud With “Aggressive” Nema and Talks Reunion

EXCLUSIVE: Shahs of Sunset’s Mike Shouhed Fires Back at Reza’s “Disgusting” Claim About Him Lying and Reveals Where He Stands With Reza and MJ, Plus He Offers an Update on Feud With “Aggressive” Nema and Talks Reunion 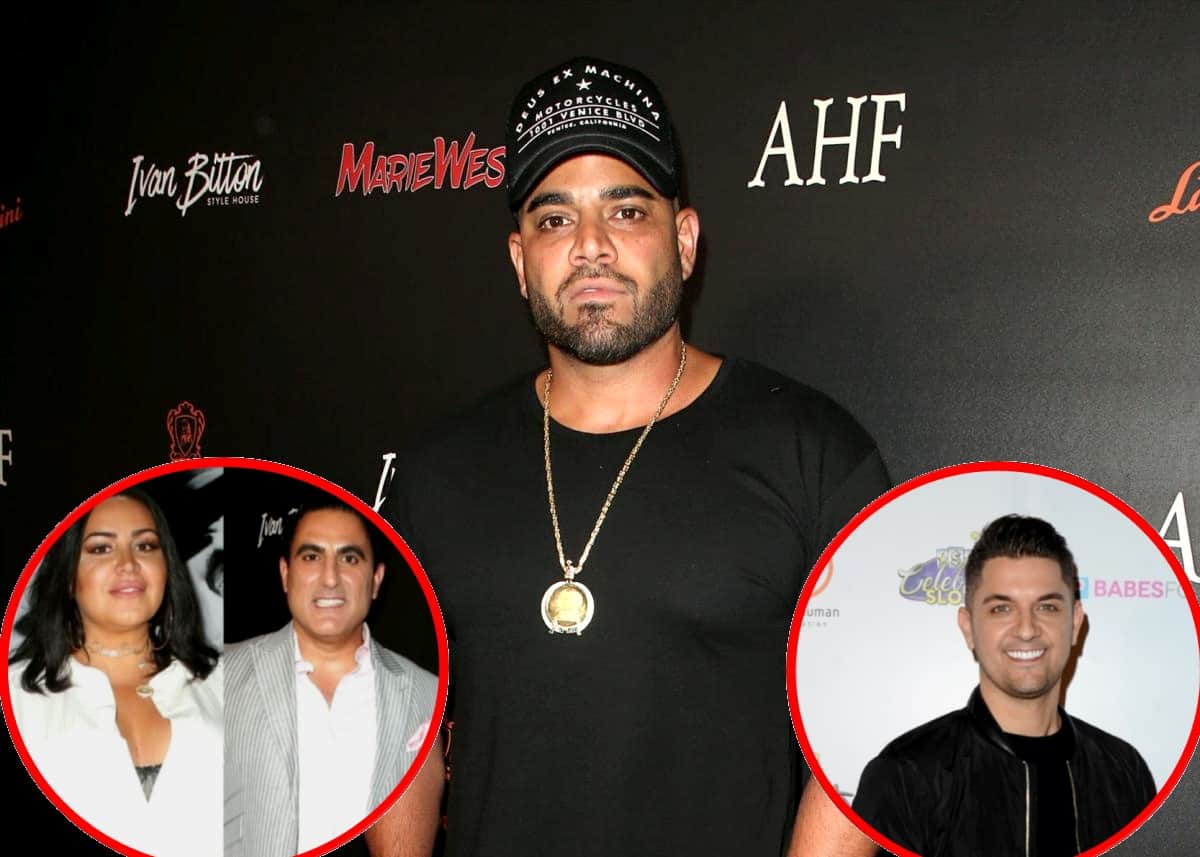 Mike Shouhed isn’t happy about the accusations Reza Farahan made against him during a podcast appearance last month. During an interview with Reality Blurb, the Shahs of Sunset cast member set the record straight about the drama that erupted between Reza and Mercedes “MJ” Javid at Sara Jeihooni‘s pool party.

After slamming Reza’s “disgusting” statements about him supposedly lying in an effort to convince him to talk to MJ, Mike revealed where he stands with Reza and MJ, individually, before offering an update on his feud with Nema Vand and sharing what he knows about the upcoming season eight reunion.

“He was disgusting,” Mike told us of Reza’s statement accusing him of aggressively lying to him at Sara’s party and forcing him into a confrontation with MJ. “When he says something like that it really bothers me. It hurts me and I called him out on it.”

According to Mike, he believes Reza was projecting his own issues onto him, which wasn’t fair.

“If he’s trying to tell the world, ‘Mike was trying to set me up, Mike was coming from a bad place,’ unfortunately, that is him projecting his own image onto me because I have no reason whatsoever to set up either one of my friends,” Mike explained.

Mike also said Reza was sharing “[bullsh*t] information” that wasn’t true because he was trying to get back at him for not choosing his side.

At the pool party, Mike genuinely believed that if Reza and MJ were brought together, they would be able to have a cordial conversation. Instead, the feuding former besties hurled what Mike described as gross and “vulgar sh*t” at one another.

“I never thought in a million years that Reza and Adam would ever say those horrific things to MJ and then MJ, saying those disgusting things to Reza in front of all these people, I never, ever would have imagined that would happen,” he said. “I thought they were going to have some banter but I never thought they would cut so deep.”

While Mike has done his best to stay neutral amid Reza and MJ’s ongoing feud and told us that he loves them both “very much,” it has been difficult maintaining healthy relationships with the two of them because he is often accused of taking sides.

“One week they’ll be really happy with me and love me and I’m their best friend, and then another week, [MJ’s] like, ‘Why did you do an Instagram Live with Reza?’ And then Reza will get mad at me about going to see Shams and MJ,” he explained.

Mike then said that when it comes to Reza and MJ’s future, he’s not sure their relationship will ever be the same, even if they are able to make amends.

Moving on to his relationship with Nema, Mike said that because Nema has been hardened by reality television, he’s become “aggressive.”

“Because he’s kind of new to the whole reality world thing, it still really eats at him,” Mike explained. “So he’s become very aggressive.”

Earlier this season, fans watched as Mike and Nema butted heads over comments they made regarding one another’s relationships, including Nema’s statement about Mike not being ready to be a stepdad.

Luckily, in the months since the scene was filmed, Mike and Nema were able to make amends.

“He apologized and he realized what he did was wrong,” Mike shared, adding that Nema is a “good dude” with a “big heart.”

Although Mike and his Shahs co-stars would normally be preparing to assemble for filming on the reunion special around this time, the upcoming taping has been postponed, much like those of The Real Housewives of Atlanta and Vanderpump Rules.

“We have not heard anything, not even tentatively about the plan of what we’re going to do,” Mike revealed, adding that he and his co-stars “absolutely need a reunion” and that “there will be a ton of drama.”

As for the possibility of a virtual reunion, Mike noted that with the season they’ve had, “you can put us in different countries and film us on iPhones and it’s still going to be insane.”