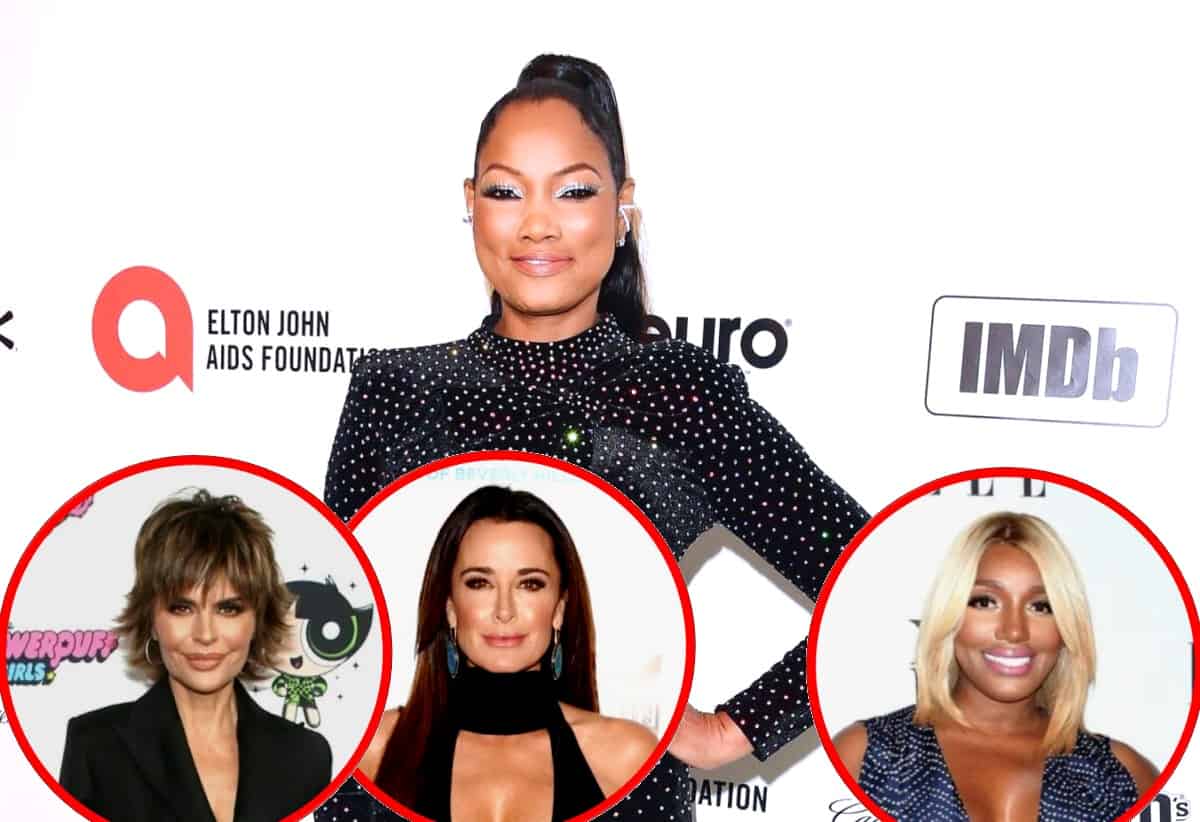 Garcelle Beauvais took aim at both Lisa Rinna and Kyle Richards amid her debut season on The Real Housewives of Beverly Hills.

After throwing shade at her two new co-stars, Garcelle shared her thoughts on the rest of the cast, revealed the warning she received from The Real Housewives of Atlanta‘s Nene Leakes, and proclaimed that she’s sided with Denise Richards amid her ongoing feud with Brandi Glanville.

“I’ve never really been around a group of women that just love drama,” Garcelle admitted to Entertainment Tonight, via video chat, on April 14.

Garcelle joined the RHOBH cast last summer as a longtime friend of Denise and also had ties to Lisa. However, as she explained, she felt that Lisa was a bit different once cameras were rolling.

“Everybody knows Rinna, right? Rinna, because I’ve known her, I feel like she’s a little bit different on the show. So, that will be developed as it goes on,” she teased.

Then, after revealing she hit it off with Erika Jayne “right away” and applauding Teddi Mellencamp as “sweet,” Garcelle took aim at Kyle as “meh.”

“[Dorit Kemsley], I love, but also Dorit can push my buttons really quickly, which I was shocked to see,” Garcelle continued. “I always thought I had it under control, but Dorit can say something and it totally gets me the wrong way.”

When Garcelle first learned she would be appearing on RHOBH season 10, she touched base with Nene, who immediately informed her of the dark side of the franchise.

While Garcelle took Nene’s warning with “a grain of salt” at the time, she has since learned that Nene’s description of the cast often rang true.

“The thing that was shocking to me was that me and the women could be laughing and having a good time and then the next [day], they’re throwing you under the bus,” Garcelle admitted. “So, that took a lot of getting used to.”

As fans have seen over the past several months, there have been tons of rumors about what went down between Denise and Brandi during filming on the new episodes last year, many of which have suggested the two hooked up.

“For a moment there we were like, who’s leaking all of this stuff? Because we felt like a lot of it was sort of factual or accurate,” Garcelle noted of the many reports.

Although Garcelle declared herself to be “Team Denise,” she also said she isn’t sure what happened during season 10.

“We still don’t know [the truth],” Garcelle confessed. “I think we will know as time goes on and, hopefully, Denise will spill the beans, but I want to believe her. She has been through a lot and, you know, she’ll be fine. But they’re coming for her.”

In addition to hashing out the drama between Denise and Brandi, Garcelle will be seen addressing her messy split from ex-husband Mike Nilon, the father of her twin sons, Jaid and Jax, 12, who she called out for cheating in 2011.

“Revisiting my divorce is not something that I really am looking forward to dredging up,” Garcelle explained.

Also during the interview, Garcelle admitted to nearly turning down the RHOBH role.

“My managers were like, ‘Oh, we’re gonna pass on that. We’re just telling you.’ And I’m like, wait a moment. Let me think about it, and I was like, you know what? Why not switch it up?” she recalled.