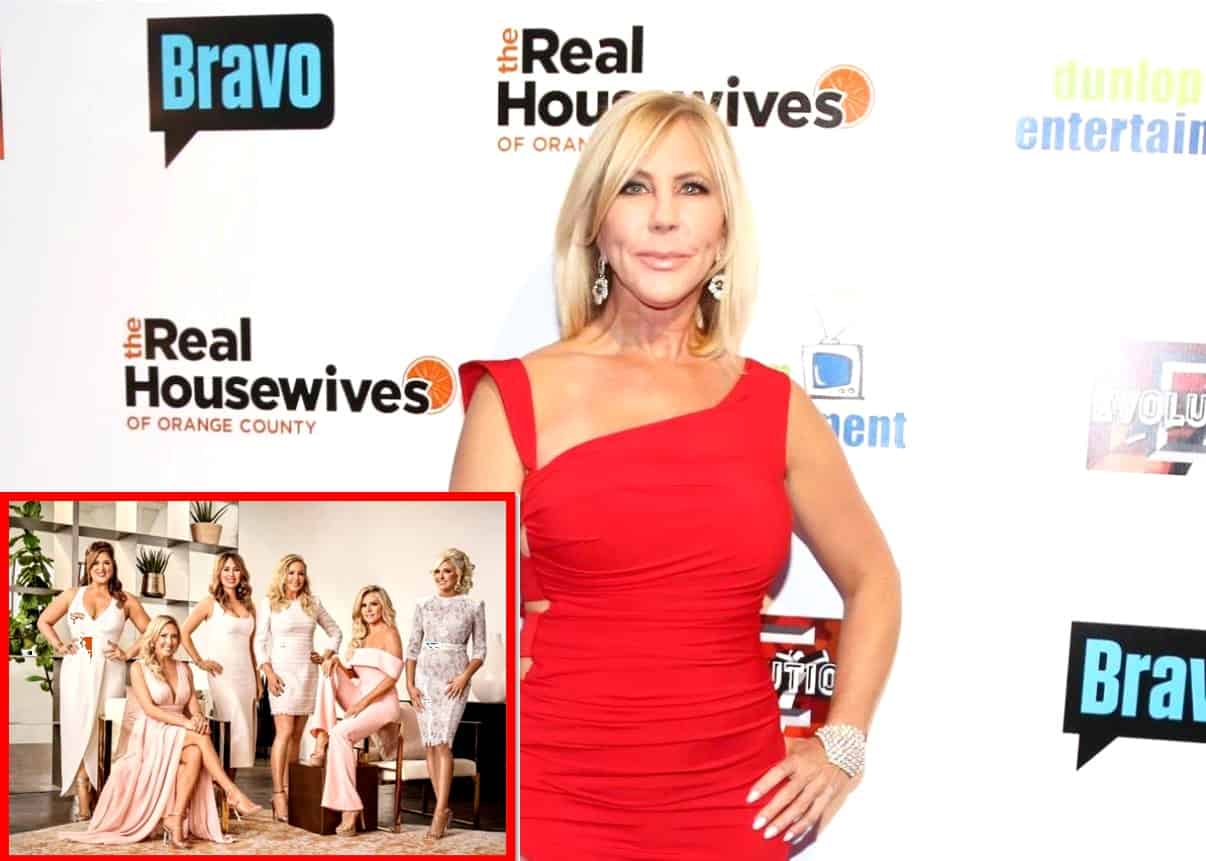 Vicki Gunvalson doesn’t see why Bravo is continuing to produce new seasons of The Real Housewives of Orange County now that she is no longer on the show.

In a series of comments on her Instagram page, Vicki is speaking out about the upcoming episodes of the reality series, explaining her thoughts on the coronavirus quarantine and the way she’s been personally impacted, and shooting down a false report regarding her past marriage to ex-husband Donn Gunvalson.

“Can they just shut the show down now cause if you are not on it why bother to watch it,” a fan asked Vicki earlier this week.

“I agree,” Vicki replied along with a heart emoji.

Vicki left her position on RHOC in January. Just one day later, longtime cast member Tamra Judge did the same.

In another comment, Vicki responded to a fan who criticized her for making selfish statements about the way she and her business, Coto Insurance, have been impacted by the restrictions currently in place to prevent the spread of COVID-19.

“You focused on YOU, YOUR business, and MONEY,” the Instagram user explained. “I can’t support a woman who demonstrates selfish values when we are in the middle of a global crisis. With all you have in your life you should be ashamed.”

But according to Vicki, she was not intentionally being selfish.

Vicki went on to reveal that she has donated money for masks. She said she is doing her part to offer assistance to those in need. 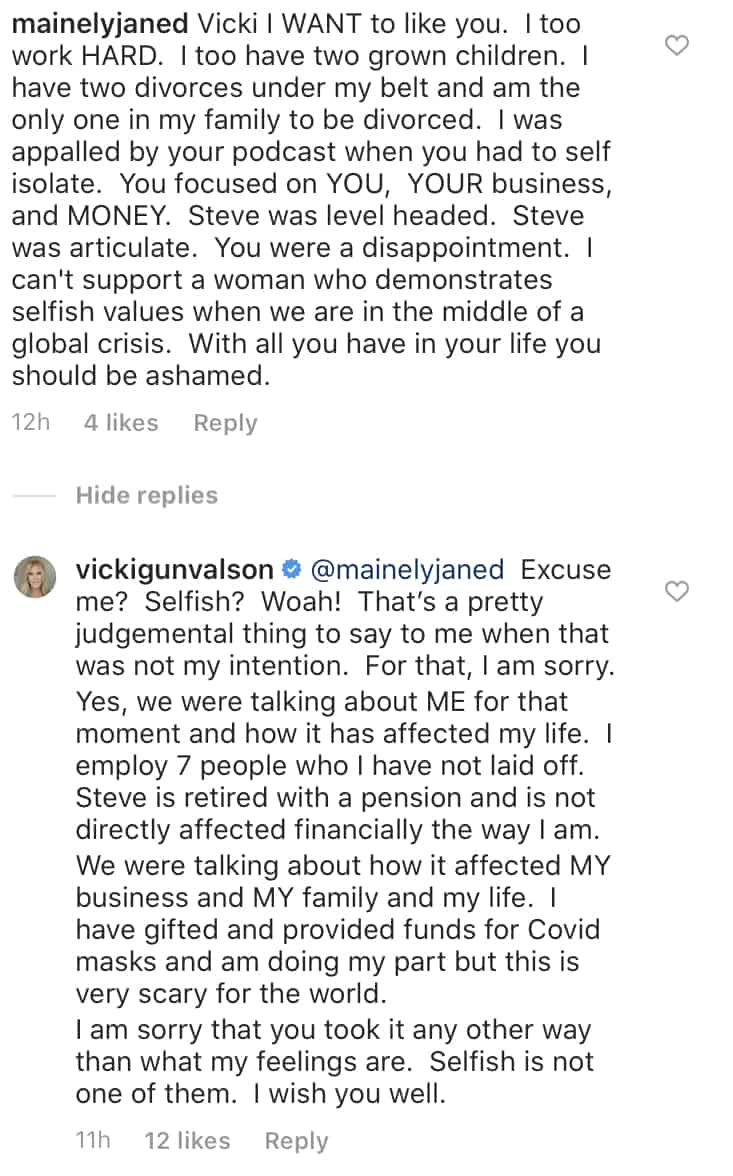 Vicki also defended herself against a fan who slammed her as “clingy and needy” and suggested her behavior was what ruined her marriage to Donn.

“You need to stop trying to make men indulge your clingy ways and [fulfill] yourself in other ways,” the person advised.

“Thanks for your advice. I do my very best every day. Can you change? It’s hard but I’m willing to do my part always,” Vicki replied.

Vicki then said that the woman’s allegations about her marriage to Donn were not true.

“That wasn’t the case,” she confirmed. 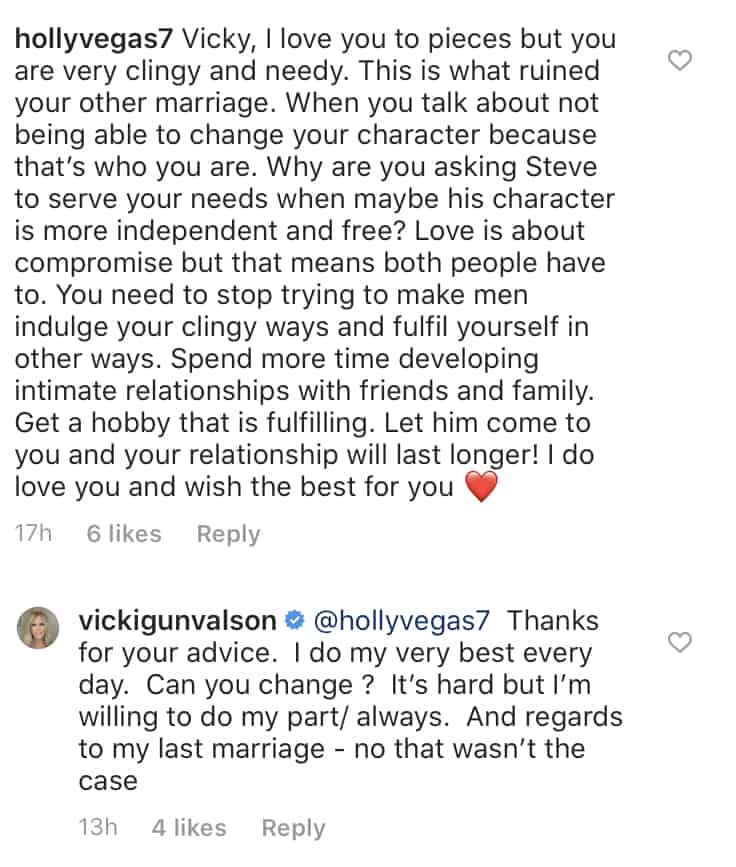 The Real Housewives of Orange County cast began filming season 15 earlier this year but were put on hiatus in March due to the ongoing spread of the coronavirus.