Home Real Housewives of Beverly Hills News RHOBH’s Brandi Glanville Claims She and Denise Richards “Made Out” and “Hooked Up” Numerous Times, Dishes on Alleged Fling Plus Why She Went Public

RHOBH’s Brandi Glanville Claims She and Denise Richards “Made Out” and “Hooked Up” Numerous Times, Dishes on Alleged Fling Plus Why She Went Public 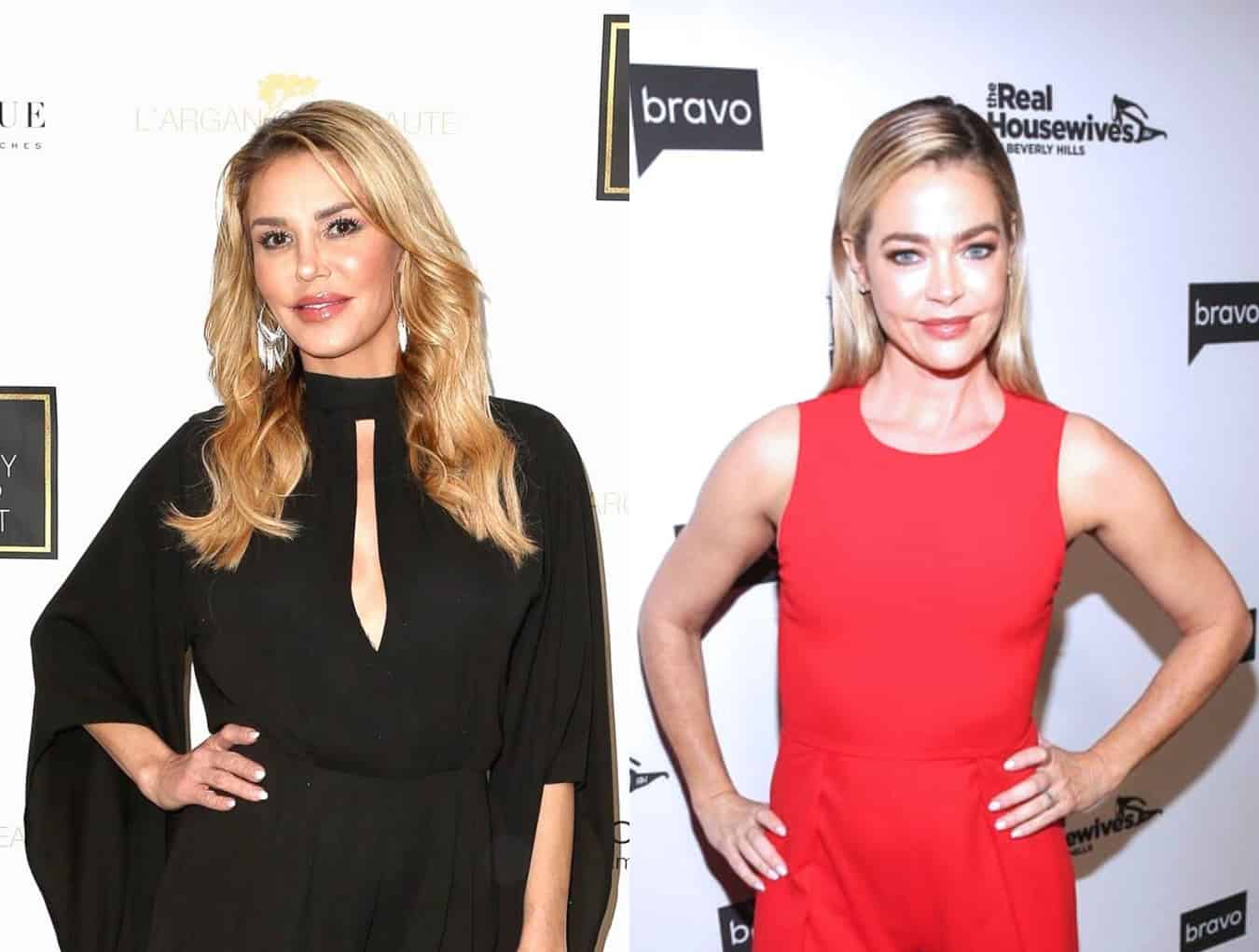 Brandi Glanville recently participated in an Instagram Live season with BP Major, and during their chat, the Real Housewives of Beverly Hills cast member spoke about her relationship with co-star Denise Richards.

After it was confirmed during Wednesday’s season 10 premiere that Denise stopped filming after being confronted with rumors of a supposed affair, Brandi said she and Denise “made out” and “hooked up” on a number of occasions as a source explained her decision to go public with her allegations against her co-star.

“Yeah we made out, we hooked up,” Brandi confirmed during the April 16 chat, according to Hollywood Life.

“When you made out with Denise, have they been indoors or out in public?” BP asked.

“Which one? Which time?” Brandi replied, alleging they were intimate more than once.

While Denise’s rep denied the rumors of a romance between Brandi and the actress, who married Aaron Phypers during RHOBH season nine in September 2018, Brandi said last month on Danny Pellegrino’s podcast, Everything Iconic, that she wasn’t lying about their relationship.

“Let’s just say we’re standing and not laying down anywhere,” Brandi said. “We don’t have a relationship, unfortunately. I would love to be her friend. All I can tell you is I don’t lie.”

As for why Brandi chose to make her claims public, an insider close to RHOBH told Hollywood Life she shared the news out of revenge after Denise denied the alleged romance.

“Brandi was really upset that Denise denied their hookup, which is why she began speaking up about it,” the source said. “She confronted Denise at Kyle [Richards’] house at a party and Denise was a bit afraid of what Brandi was going to say when she sat everyone down. She felt Denise cut her out of her life out of nowhere and made her look like a liar and she was upset which is why she spoke out.”

“Brandi will not hold back at all this season,” the insider added.