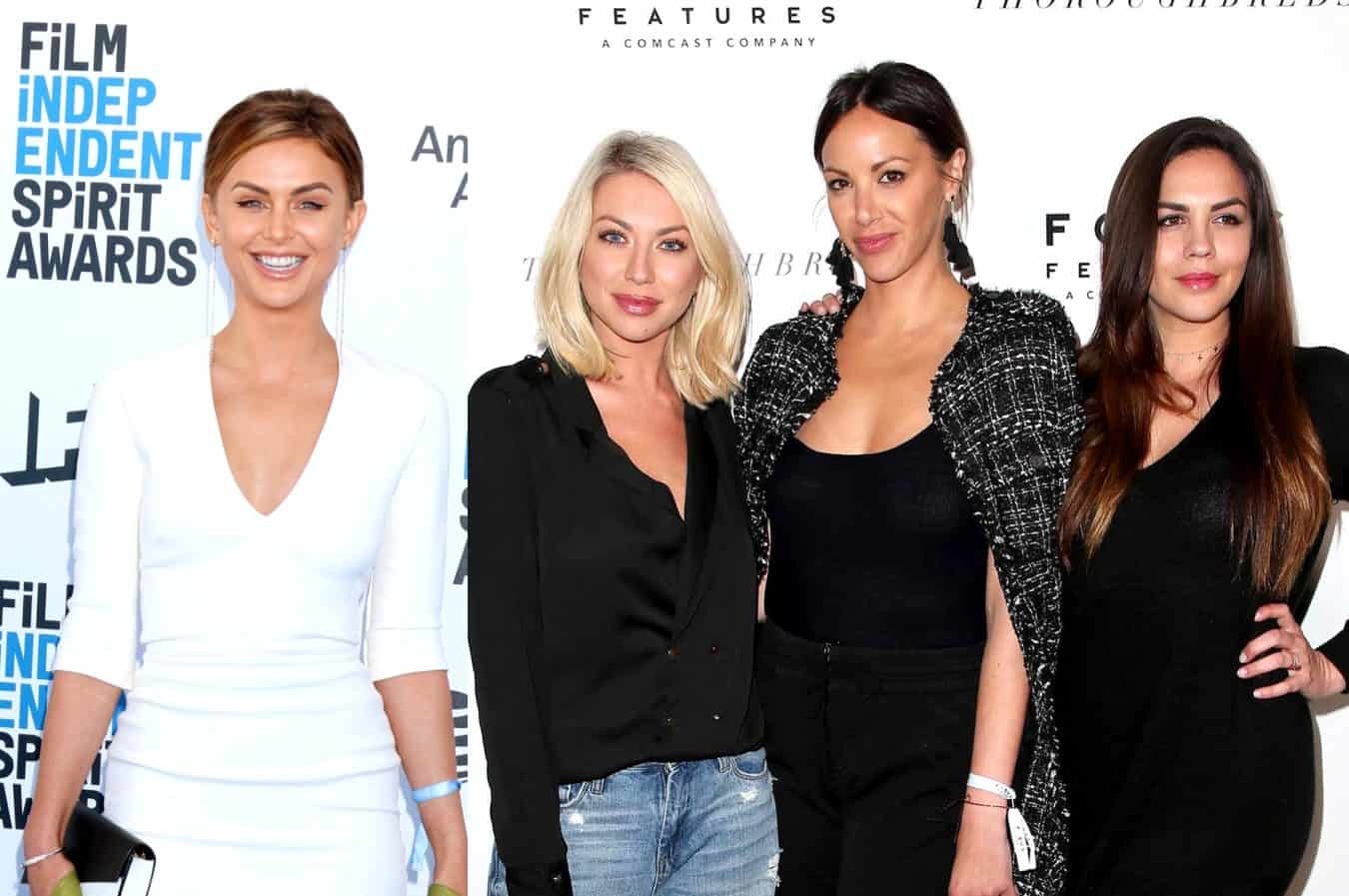 With Vanderpump Rules season eight soon coming to an end, Lala Kent is reflecting on all the drama that went down, including what the new SURvers brought to the table (or didn’t) and the cataclysmic fall of the Witches of WeHo.

In a new interview, the beauty entrepreneur opened up about the friendship drama between Katie Maloney, Kristen Doute, and Stassi Schroeder and what she thinks actually led to their ongoing feud.

According to Lala, it wasn’t just the fact that Katie and Stassi were frustrated with Kristen’s emotionally draining relationship with her now ex-boyfriend Brian Carter, but it was the fact that they felt betrayed after Kristen promised to put her relationship issues with Carter on the show and then left them hanging once it became a storyline.

“For so many years, Kristen was telling Katie and Stassi how horrible Carter was to her and it went on and on for many hours a day for years,” Lala told PEOPLE Now. “And when Kristen hit her breaking point and said, ‘I need this to come out on the show, let’s talk about it,’ they did and she kind of ran to Carter and made them look like the bad guys and I think that really hurt them, thinking like, ‘Wow, you really just abandoned us when we were there for you so hardcore.'”

Even with their ongoing drama, the singer and actress shared how she thinks there’s a light at the end of the tunnel for the trio.

“You know, they have such a tight bond, I mean Kristen has slept with Stassi’s man before [ex-boyfriend Jax Taylor] and they got over that. They can get over it, they just need a little bit of time. I don’t think it’s the end of the Witches of WeHo,” she stated.

As far as season eight goes, Pump Rules fans have been mixed about the new stars as the show tries to find its footing between OG drama vs. newbie drama. Lala shared how she’s not a fan of the new cast members and hasn’t been paying attention to their storylines on the show.

“I just don’t think that we have a solid group of people. I just don’t find them very interesting. I know that’s harsh, but, you know, I speak it how it is,” Lala admitted. “I feel like they watched every episode of Vanderpump Rules and just like re-enact what they see. And to be honest, I fast-forward through their scenes, so I don’t even know what conflicts are happening. I know nothing about what’s going on with any of the new people. I know that Max [Boyens] and Dayna [Kathan] had something and now they don’t, but … yeah. I don’t know.”