RHOBH’s Teddi Mellencamp Accuses Denise Richards and Brandi Glanville of Leaking Stories, Plus She Throws Shade at Camille’s Twitter Use 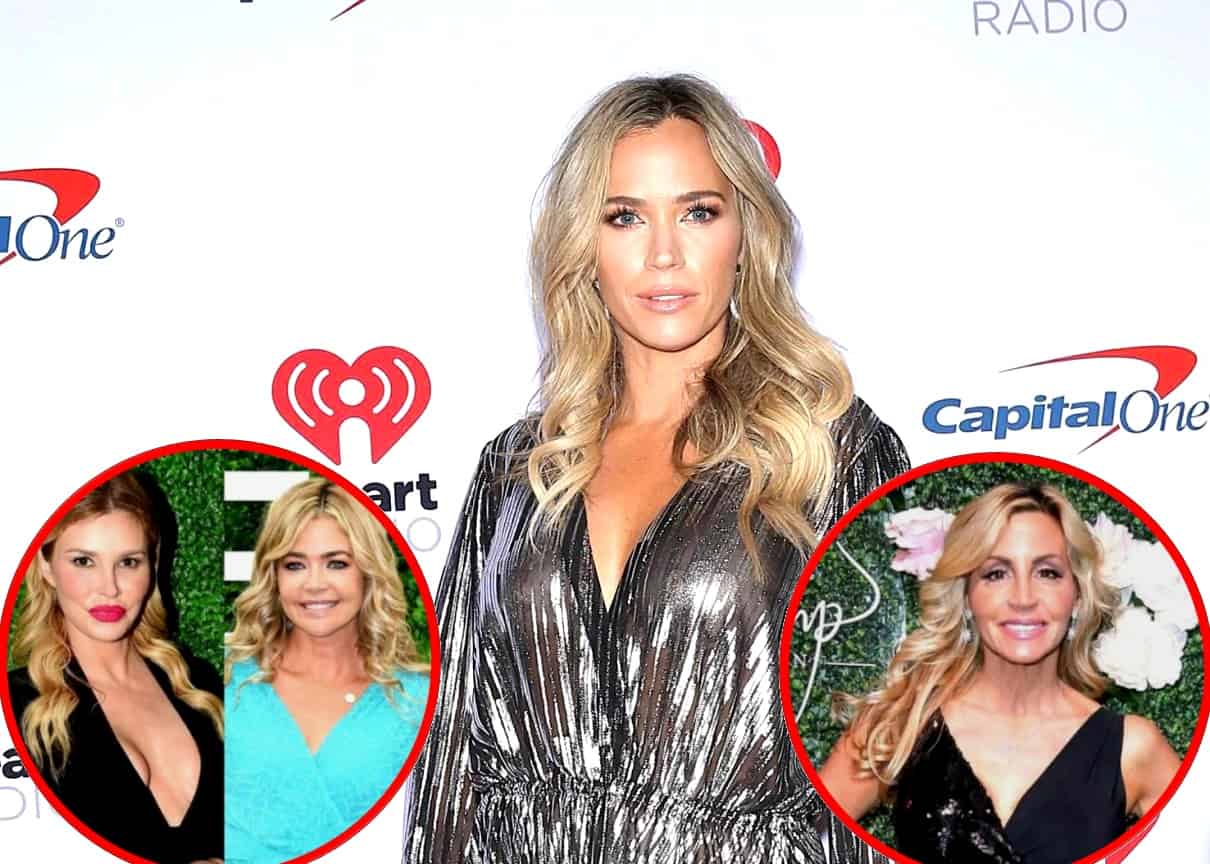 Teddi Mellencamp‘s season 10 tagline for The Real Housewives of Beverly Hills will reportedly ring true throughout the upcoming episodes of the Bravo series.

During a new interview, Teddi revealed that Lisa Rinna wasn’t lying when she recently said she “spills more than anybody else” and opened up about a number of other RHOBH hot topics, including the new ladies of the show, Garcelle Beauvais and Sutton Stracke, the shady behavior of Denise Richards and Brandi Glanville, and Camille Grammer‘s unexpected return.

“I’m just really aware this season because I’m not drinking. I’m very present. I’m listening and when that happens, you don’t forget things and you notice certain behaviors,” Teddi told People Now of her season 10 persona. “If something feels not authentic to me, I’m going to call it out and I’m going to say it in the moment.”

“I don’t want to be somebody who’s not being myself because I’m more worried what the viewers think than what’s true,” she explained.

As for new cast member Sutton, Teddi seemed to believe Sutton researched what people were saying about her before joining the cast.

“I was like, ‘Wow, so you’ve spent some time on Twitter. You did your research. You wanted to poke at me for something you read,’” Teddi recalled.

While Teddi said she wasn’t too insulted by Sutton calling her “boring,” as fans saw in the trailer, her new co-star did say something that made her “super emotional” that she’s not looking forward to seeing on the show.

“That is just the icing on the cake. What their extracurricular activities are together wasn’t really my concern. It was something else,” she teased.

Teddi then said that both Denise and Brandi were leaking stories about their rumored romance during production on season 10.

“For sure [they put things in the press],” she alleged. “[And] whenever two sides are both putting things in the press before the show actually comes out it’s because they want the audience to feel a certain way going into watching the show and I think that’s really lame.”

“Let it play out in real time and let people watch the show,” Teddi added.

Although many were surprised when Camille turned up for filming on RHOBH season 10 at Kyle Richards‘ home in November, which came weeks after she claimed she would not be featured, Teddi said she was not at all shocked by Camille’s return after taking aim at her crazy tweets.

“If Twitter isn’t paying her to do all this work on her then I’m frightened for how much time she spends on there. It is such crazy town,” she said. “I was not shocked. [She was] not [filming] around me a lot but that’s not surprising. I don’t think she’s my biggest fan.”

The Real Housewives of Beverly Hills season 10 airs Wednesdays at 8/7c  on Bravo.