Home Real Housewives of New York City News Sonja Morgan on Why Dorinda Medley is “Getting a Bad Rap” Over Feud With Tinsley Mortimer and Calls Out Tinsley for “Bulls—ting,” Plus RHONY Live Viewing Thread!

Sonja Morgan on Why Dorinda Medley is “Getting a Bad Rap” Over Feud With Tinsley Mortimer and Calls Out Tinsley for “Bulls—ting,” Plus RHONY Live Viewing Thread! 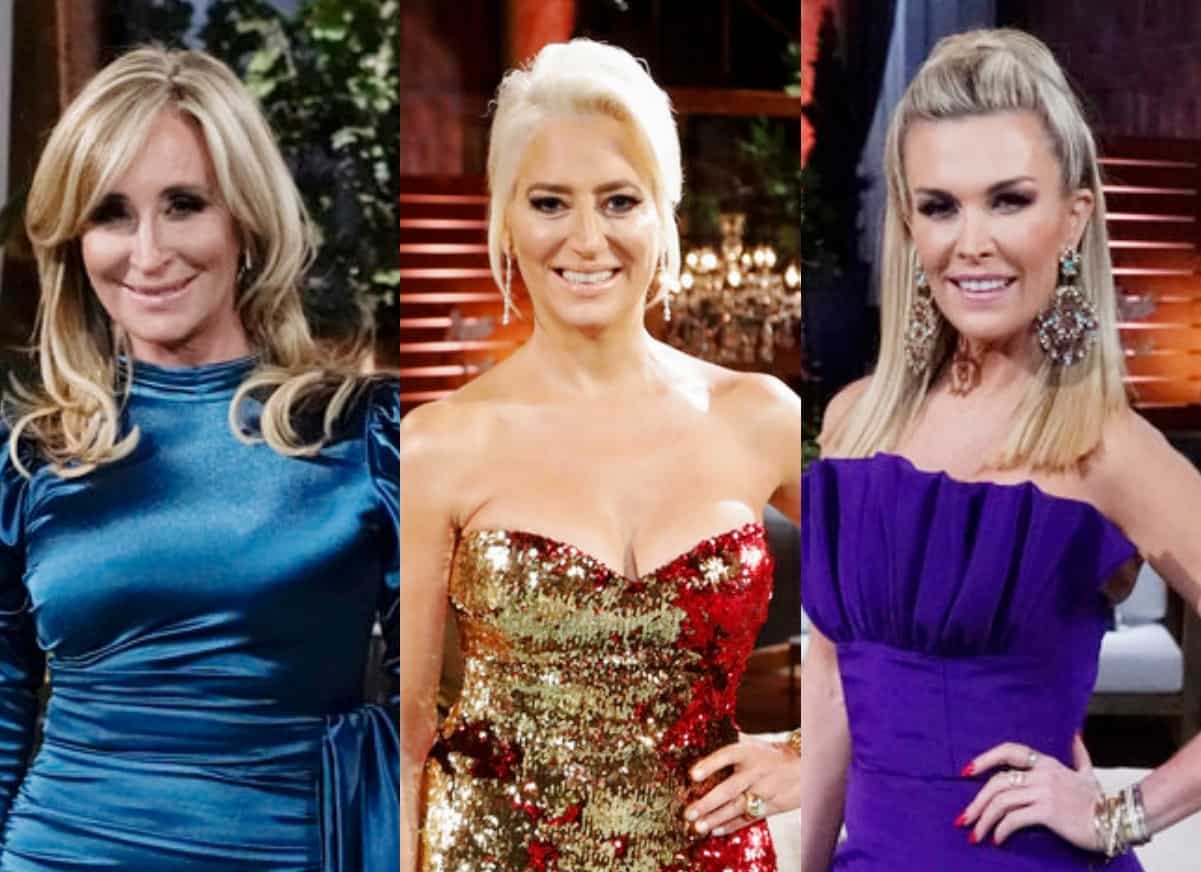 Sonja Morgan might be trapped in the desert, but she’s soaking up all the Real Housewives of New York City drama.

After that fiery season 12 premiere episode where Dorinda Medley cursed out Tinsley Mortimer for her often confusing and messy relationship with Coupon Cabin CEO Scott Kluth, Sonja shared what she thinks is really going on between the two.

“My girl, Dorinda, she’s getting a bad rap,” Sonja told Entertainment Tonight from her coronavirus quarantine. “I think she gets viewed as the villain every season because she always, she runs hot and, you know, nobody is safe when you’re in a room with Dorinda. She lets her clips go off — Clip! Clip! — and starts saying things, like, she told me my vagina was the Holland Tunnel … you just never know.”

Sonja added that “Dorinda will be Dorinda” and that Tinsley can be “more of a man’s girl” vs. a “girls’ girl” like her and the other women.

“[W]hen you’re a group of girls going through a lot of ups and downs, you need to be able to count on each other and to have a commitment to each other, and we didn’t feel like that with Tinsley,” she explained.

Sonja noted how Dorinda can “rip you a new one” when she feels like it, explaining how Dorinda became distressed with Tinsley’s dishonesty about her intentions on the show and in her life. She shared how, in the beginning, Tinsley told her and Ramona Singer about how she wanted to find stability with a man and then work on her businesses and brand — but she wasn’t exactly upfront with Dorinda about that information.

“She was bulls–ting,” she continued. “Instead of saying, ‘I’m shacking up with Sonja, because I wanna meet a guy, and then I’ll do my hair and makeup and then go out to parties and represent my brand and stuff,’ you know, she wasn’t upfront with Dorinda. She kind of keeps all that stuff secret until it works out, which works for Tinsley, but is rough on a friendship, and I know that about Tins.”

Sonja added how all this “secrecy” with Tinsley is “annoying” for new friends like Dorinda who don’t necessarily get it and therefore feel “used.”

Dorinda has been especially vocal about Tinsely’s on-again-off-again relationship with Scott, often insinuating there’s some kind of “arrangement” between the two with Scott paying for her surroundings (or perhaps her company).

“Scott is paying and I’ve said that from the beginning,” Sonja stated. “My main concern is to see how it goes with Scott. So far, so good I believe. You know, we always complain we never hear from Tinsley unless she needs something.”

Scott proposed to Tinsley in Chicago last November, ultimately causing Tinsley to move her life to the Windy City and quit RHONY. Is Sonja happy for the former housewife’s new transition?

“[I’m] very happy for Tinsley, by the way, that it turned out that Scott did propose to her and did ask her to come to Chicago to share his crib in Chi town, you know, loaded with bling and all those things that Tinsley adores in her life, how it should be in the world of Tinsley,” she concluded.