Home Real Housewives of New York City News RHONY Star Dorinda Medley Reveals Relationship Status with John Mahdessian and if She Thinks She Was Too Hard on Tinsley Mortimer, Plus She Calls Out Sonja For Her “Clever” Way of Shading Leah

RHONY Star Dorinda Medley Reveals Relationship Status with John Mahdessian and if She Thinks She Was Too Hard on Tinsley Mortimer, Plus She Calls Out Sonja For Her “Clever” Way of Shading Leah

by Cynthia Cook May 1, 2020 64 comments
ShareTweetWhatsappPinterestRedditTumblrMailFlipboard 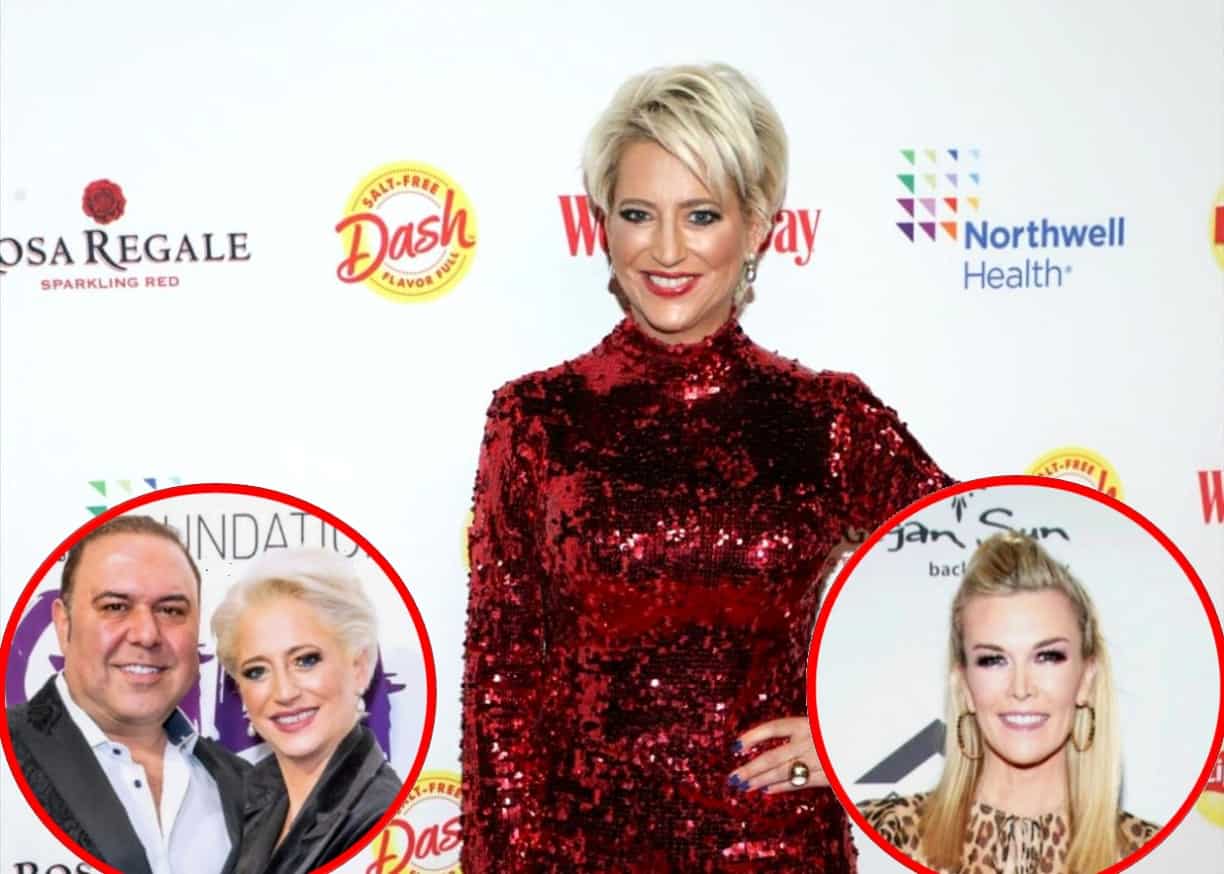 While cooped up in quarantine at her Berkshires home, The Real Housewives of New York City star Dorinda Medley has some time to reflect — on all her relationships.

From her on-again-off-again status with John Mahdessian to her drama with the ladies this season, Dorinda is dishing the details (but not from the fish room).

Speaking with Andy Cohen on Watch What Happens Live, the RHONY star revealed what’s been going on with her former beau. Are they quarantined together?

“John is … you’re gonna see during the show, things make a big change during this season. So that’s what you’re going to see going on among everything else,” she explained. “So no, John is not here and John hasn’t been here. But I have spoken to him.”

Andy also inquired about Dorinda’s often rocky relationship with Tinsley Mortimer. Does she agree with viewers who think she’s been too hard on the Virginia native?

“It’s not that I’m being hard on her, I just think… you have to understand when we are put on this show or asked to be on this show, we are supposed to be transparent and be honest about our lives,” she stated. “And I think it’s unfair. You’re going to see [how] that kind of plays out. The rest of us are sort of putting our whole lives out there and she’s not.”
Dorinda added how Tinsley took a helicopter back from their Hamptons trip because of “someone” seemingly indicating that she took a separate trip back to spend time with her now-fiancé, Scott Kluth. Dorinda found this to be just another aspect of Tinsley’s tendency to hide or flee — something that Dorinda found “unfair” to the girls.
“I don’t want to put out my whole life sometimes. I’d like to just not tell you about what’s going on with John and keep it a secret and [pretend] everything’s fine,” she lamented.
“So when you say you’re not letting us get to know you [to Tinsley], there’s a little bit of a fourth wall issue there because you feel like she’s not sharing everything on the show?” Andy asked.
“I don’t feel like she’s being honest,” Dorinda replied. “And [the problem] I had was like, if that’s going to be the show we’re going to do then I would like to do that, too. But then we wouldn’t have the show we have.”

Did Dorinda think Sonja was being passive-aggressive toward Leah as punishment for how she shaded her in the Hamptons?

“I think that Sonja knew what she was doing and she knew she would get away with it,” Dorinda said. “Sonja’s remarkable at getting away with very naughty things, and she has an incredible, old-fashioned way of just laughing it off. You notice in her confessional she actually winks when she answers the question? If you study body language … she said, ‘Of course I didn’t do that intentionally!’ and her eye winks. She knew what she was doing — Sonja is very, very clever.”