Home Real Housewives of New York City News Leah McSweeney Clarifies if Bethenny Frankel Was Responsible For Getting Her on RHONY as Dorinda Learned Bethenny Quit the Night Before Filming Plus RHONY Live Viewing Thread!

Leah McSweeney Clarifies if Bethenny Frankel Was Responsible For Getting Her on RHONY as Dorinda Learned Bethenny Quit the Night Before Filming Plus RHONY Live Viewing Thread! 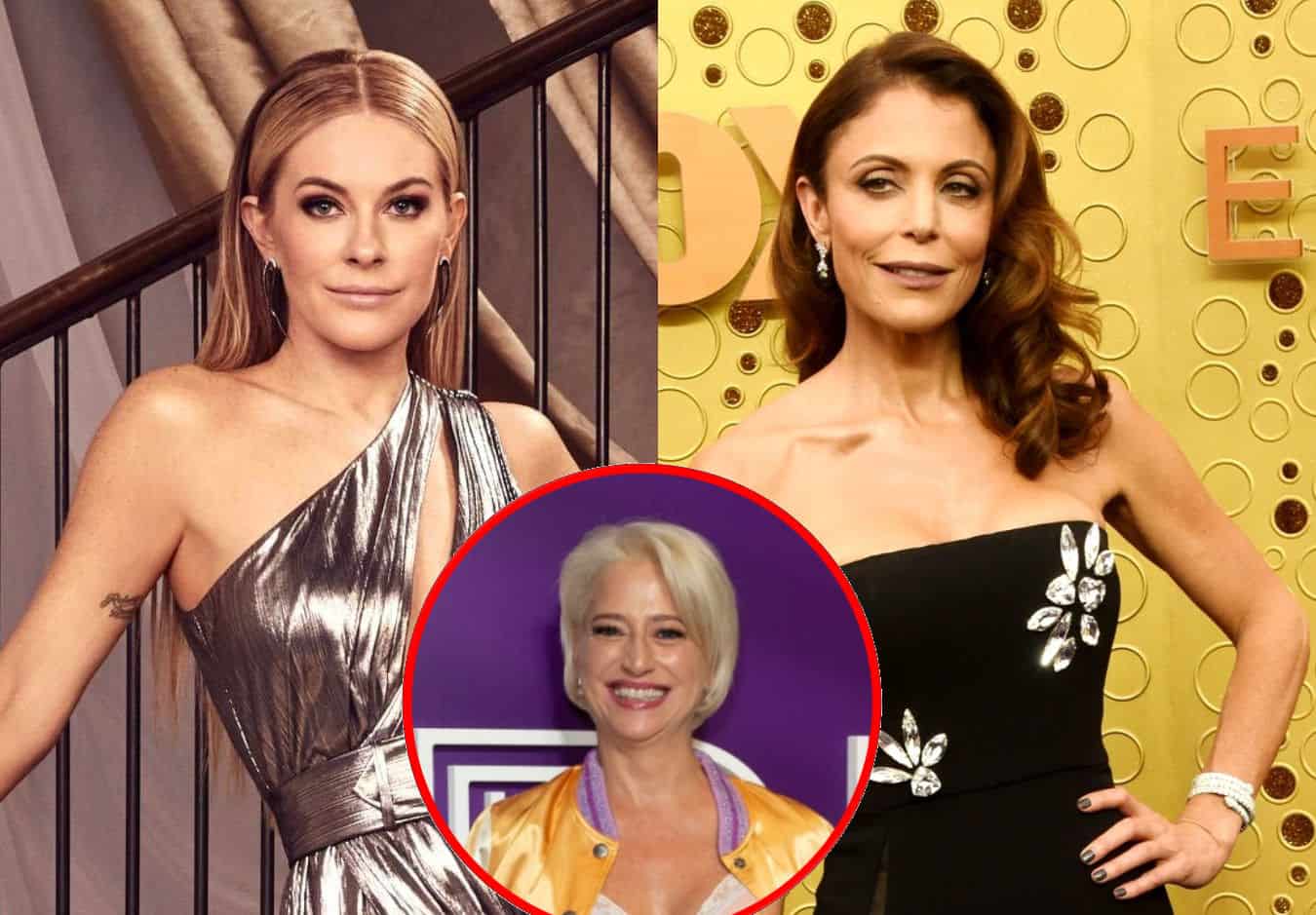 Despite never meeting in person, The Real Housewives of New York City alum Bethenny Frankel has taken credit for being responsible for getting Leah McSweeney on the show while sources close to production have claimed Bethenny doesn’t deserve all the credit. Leah is now setting the record straight on who helped her get her RHONY gig.

After Bethenny began randomly following her on Instagram, Leah said she received the “weirdest text message” that ultimately led her to get officially connected with the Bravo series.

“[I] got a text message from our […] I have a facialist that I’ve been going to for a very long time, who, unbeknownst to me, is also Bethenny’s facialist,” Leah said in a new interview on the Scissoring Isn’t a Thing podcast according to Page Six. “So, she’s like, ‘You know, Bethenny Frankel wants me to ask you if you would ever be a ‘Housewife’ of New York.’”

Leah has still never met the B Strong philanthropist in person, and Bethenny has since — for whatever reason — unfollowed her from Instagram. Still, Leah is grateful to Bethenny for helping her get her role on RHONY.

“I don’t think it’s a personal thing,” Leah said about the unfollow. “I don’t know what it is. You know, whatever. But I mean, I only have gratitude towards her.”

Leah was first spotted filming with Tinsley Mortimer in August 2019 and it was announced she was joining the cast at last year’s BravoCon taping of Watch What Happens Live.

Although producers haven’t been the happiest with Bethenny’s recent comments about the show’s premiere ratings (and taking credit for casting Leah), Dorinda Medley definitely misses the former RHONY regular and was shocked to hear of her departure.

“I found out that she made that decision the night before we started filming,” she said in a new interview with People TV. “I know everyone has this conspiracy theory, but up until three days before that, we were talking about our filming schedules together.”

The reality star noted how although their lives are very public on the show, negotiations with producers are very private and not something the cast members talk about among themselves.

Dorinda also mentioned that despite Bethenny’s exit from the show, she stays in contact with the Skinnygirl mogul and feels like they’re close. She noted how she was excited to film with her this season since they have a lot in common, but she respected how the show addressed her absence.

In light of some of her co-stars’ recent Bethenny shade, such as Luann de Lesseps calling her “annoying” and Ramona Singer describing the Bethenny environment as like walking on “eggshells,” Dorinda had a different take.

“I know the [girls] have been vocal about Bethenny [but] Bethenny is great TV. I don’t care what you say. Like her, don’t like her — she’s great TV,” she exclaimed. “She was one of our star players. I missed her.”

RHONY Live Viewing – This is also a live viewing thread for tonight’s new episode of RHONY, which airs at 9/8c on Bravo, so feel free to comment and chat below as the episode airs. A preview clip is below.